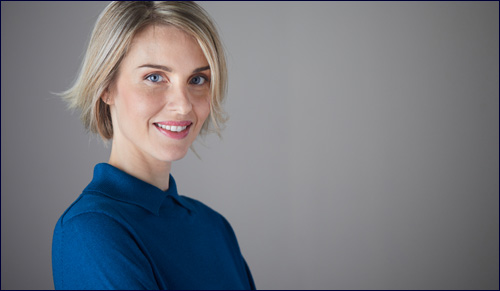 He was getting pressure to break off the relationship. Here’s what I told him.

The young man was troubled and came to ask me for rabbinic guidance.

He was deeply in love with a woman who was blessed with all the gifts he had always prayed for. She was beautiful, intelligent, sensitive and modest, a woman with whom he could build a Jewish home based on the values of Torah they powerfully shared. The problem? She was a giyoret – a convert to Judaism who came to her faith not by birth but by choice, and the sad truth is that some people in the Jewish world today view her status not as a badge of distinction to potential suitors but as a something to be very wary of, a reason to refuse to consider her as a soul mate.

“Should I break up the relationship?” the man asked me. “Many of my friends and family are advising me to do because she didn’t grow up the same way I did and she really doesn’t have any prominent rabbinic figures or notable Jewish role models in her family. What should I do?”

The question was heartbreaking. A woman drawn to the beauty of Judaism, a religion which only once in the entire Torah teaches “and you shall love your neighbor as yourself” yet repeats 36 times the commandment to love the convert, finds herself ostracized by her co-religionists!

Do we not remember the story of Ruth, the Moabite convert who chose to join our faith and our people and thereby merited to become the ancestress of King David – and ultimately of Messiah himself? Far more important than her past was her future; far more significant in judging her was not where she came from but to where her values and her commitment would lead her.

Are those who treat converts as pariahs unaware of the background of the brilliant Rabbi Akiva, the rabbinic figure whom the Talmud dares to compare to Moses himself, who was a descendent of converts?

Our tradition is blessed with countless Torah scholars who were Jews by choice.

Our tradition is blessed with countless Torah scholars who were Jews by choice – converts, or children of converts, including Rabbi Meir of Talmudic fame as well as Onkelos, the translator of the Torah to Aramaic whose commentary invariably appears in every printed text.

Throughout the ages, there always were sages who espoused embracing these Jews by choice. They echoed the concern of the Amidah prayer in which we pray three times daily for the well-being of all converts. In the Talmud, Rabbi Eleazar ben Pedat states that the raison d’etre of our people’s exile is to enrich our people with more converts (Tractate Pesachim 87B). And the Kabbalah asserts that the souls of converts who embrace Judaism are akin to divine sparks which return back to their divine core.

Maimonides perhaps expressed it most pointedly in his famous letter of response to the convert Ovadiah. Ovadiah was troubled by a whole slew of liturgical expressions, like “our God and God of our forefathers” and “who has chosen us,” that seemed to refer to an historical past that was not his. Should he say them?

Maimonides began his response by succinctly setting down the rule: “You should say all this in the prescribed manner and do not change anything. The principle is, that Abraham our forefather was the one who taught and enlightened all the people, and let them know of the true path and of the oneness of the Holy One blessed be He, and he rebuffed idol worship and he rejected its service, and he brought many under the protective wings of the Holy Presence and taught them and instructed them, and he commanded his children and those of his household to guard the path of God. Therefore, anyone who converts and proclaims the unity of the Name of the Holy One blessed be He, as is prescribed in the Torah, is counted amongst the disciples of Abraham our forefather and they are members of his household… Thus, Abraham our forefather is the father of all worthy people that follow in his ways, and he is a father to his students, and they include anyone who converts… There is no difference at all between us and you in any matter.”

In a follow-up letter, Maimonides points out the astounding observation that we are commanded to respect our parents and to obey our prophets but it is with regard to the converts in our midst that there is an even greater obligation placed upon us – that we love them.

I told the young man who was contemplating breaking up with the woman of his dreams in light of the negative feelings of his friends that he should certainly continue the relationship and gave him my heartfelt blessings.

My daughter-in-law’s love of Judaism, Jewish life and Jewish values is an inspiration to everyone who meets her.

The story goes back many years. Thankfully today I have the good fortune in knowing not only how right I was in encouraging him but also performing the marriage between the Jew by birth and the Jew by choice. They are a couple who bring credit to our people and joy to the community of which they are part. Their children give proof to the adage that greater than glorying in our past is the ability to take pride in our future.

And, in a remarkable way, perhaps God rewarded me more directly as well. I am a tenth generation rabbi and there are many notable rabbinic figures in my past as well as in the genealogy of my wife. My wife and I have three daughters and one son. All of them give us great joy and Jewish naches. Our son brought into our lives as his chosen life’s partner the gift of a Jew by choice – an incredible woman of great spirituality and personal courage like the biblical Ruth. Her love of Judaism, Jewish life and Jewish values is an inspiration to everyone who meets her.

We love her. We respect her. We are in awe of all that she has added to our family. And it is because of her that I was moved to write these words – words which will hopefully remind all of us to treasure those who by virtue of their own wisdom voluntarily choose to join our people, so that we might hasten the day when the entire world acknowledges our Creator.

Why Not Intermarry?
The Grand Mufti of Jerusalem and the Holocaust
The Connection between Israel and the Jewish People
Grit and Torah
Comments
MOST POPULAR IN Jewish Society
Our privacy policy