The Latest Marriage Fad: Marrying Yourself 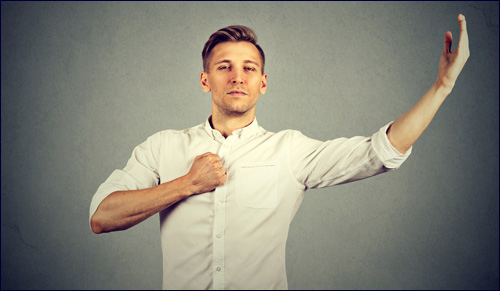 A fitting phenomenon for our narcissist times.

Welcome to the world of Narcissus.

In ancient Greek mythology, Narcissus walked by a pool of water and saw his own reflection. Not realizing it was only an image, he fell profoundly in love with himself. When he realized his love could not be reciprocated he committed suicide. The moral: Self-love carried to an extreme is bound to be destructive – and that’s how we came to the word narcissism and the mental illness of egotism carried to a severely harmful extreme.

Narcissists see the whole world only through selfies.

As defined by the Mayo Clinic:

Narcissistic personality disorder is a mental disorder in which people have an inflated sense of their own importance, a deep need for admiration and a lack of empathy for others. The hallmarks of Narcissistic Personality Disorder (NPD) are grandiosity, a lack of empathy for other people, and a need for admiration. People with this condition are frequently described as arrogant, self-centered, manipulative, and demanding. They may also concentrate on grandiose fantasies (e.g. their own success, beauty, brilliance) and may be convinced that they deserve special treatment.

Sound like anyone you know? Unfortunately narcissists are becoming more and more recognizable in our world – a world in which children are brought up to believe they are entitled only to praise and that every one of them exceeds all others in brains, beauty and accomplishments.

The results are visible in countless cultural manifestations. But there’s one that is so remarkable you might first dismiss it as an outlandish attempt at humor. Yet it is now being reported as the latest fad in the United States, as well as abroad. Its name is sologamy – and it means getting married to yourself.

In this sad, new trend of sologamy, people commit themselves to themselves with their own wedding ceremony. These celebrants, such as self-styled "sologamist" Erika Anderson, throw on a white gown, invite their close friends and family and marry themselves in a legally nonbinding way. As Houston's KHOU, CBS Philly, the Telegraph UK, and others are reporting, people are forgoing typical white dress-black tux nuptials with a partner in favor of a celebration of all things solo.

The happy bride or groom claim it's not so much meant to be a narcissistic affair but rather a day meant to celebrate "returning to your own happiness and contentment," as Sophie Tanner in the U.K. told the Telegraph.

Gone are the days that marriage meant a wedding between two people. After all, in the age of narcissism gone wild how could anyone be expected to pledge love and commitment to another person who assuredly is inferior?

No one person is complete; to be fulfilled we require another.

God somehow saw it differently. At the very beginning of creation God chose to bless Adam with a wife. “It is not good for man to be alone,” the Almighty decreed in his wisdom. He created a helpmate for Adam. The Torah uses the Hebrew word knegdo – literally “opposite him”. Implicit is the idea that no one person is complete; to be fulfilled we require another, ideally with those traits and characteristics we ourselves lack. Only by joining with another can we truly become an ideal “one”.

Far too many brides and grooms willing to get married to each other nevertheless fail to understand that happy marriages demand the ability to accept “an I for an I” – I will give up some of my ego for the sake of your happiness just as I know you will be prepared to do the same for me.

As it has been beautifully pointed out, in the word “wedding”, “we” comes before “I”. We as a unit, we as partners, we who care about each other at least as much as we care about our own selves recognize that for marriage to fulfill a longing for happiness we must be prepared to exchange narcissism for love and worship of the self for affection for another.

What is destroying marriages today is not the absence of love but its misdirection. Narcissists have an abundance of love – but unfortunately they choose to shower it only upon themselves. And a world which brings up its children to believe that they alone matter will make it almost impossible for their progeny to participate in the give-and-take relationship of successful marriages.

Marrying yourself is just an isolated fad, but getting married to another and thinking only of yourself ever after is becoming more and more of a tragic reality. It is the self-destruction of Narcissus played out in our day. And that is why sologamy, in spite of its infrequency, needs to be identified as a powerful warning of the creeping danger of contemporary narcissism.

Coming to Grips with My Mental Illness

When the World Goes Viral

A Tribute to Senator Moynihan
It Takes A Lot Of Faith To Be An Atheist
How Instagram Brought Back This Nostalgic Soup
What Makes Eli Run?
Comments
MOST POPULAR IN Current Issues
Our privacy policy