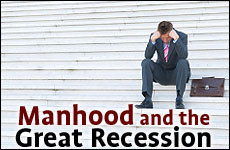 How we respond to the economic downturn makes a profound impact on our children.

On the cover of Newsweek is a businessman lying flat on his face.  He has been washed ashore and is still tightly holding onto his black attaché case.  The title screams: The Beached White Male.

The article describes the position that many men find themselves in today and it is not a pretty picture.

Brian Goodell is an all-American 1976 Olympic gold medalist. He ventured into real estate and was laid off in 2008. The world record swimmer is now 52, looking for a job and drowning. He speaks about the awful stress to his marriage and his wife who is afraid and resentful.

Brock Johnson (not his real name) attended Harvard Business School and McKinsey &Co. He resigned as CEO of a Fortune 500 company in 2009 because he was certain that there was great opportunity waiting for him.  He is now 48 and still unemployed. He has sent out 40 emails a day searching for a job.

There are nearly 600,000 college-educated men ages 36-64 who are now unemployed. In New York City, these men have lost their jobs faster than any other group, including teenage girls.

And it's not just the men who feel the pain. Marriages suffer. Intimacy suffers. Relationships with children suffer.

There is a sense of fatigue. Emotions of sadness, irritability and loss of energy overwhelm and demoralize. Drinking, withdrawal of love and outbursts of fighting can devastate the entire family.

I have met with numerous couples who are trying so hard to hold on to a life they once took for granted.

Husbands and wives whisper about credit card bills, tuition forms and mortgage payments that sit on their desks waiting to be paid. The threat to their ‘shalom bayit’, peace in the home, is real.

How can we help our kids resist the urge to grow despondent while sensing a hopeless shadow constantly hovering above?

I cannot say that I have all the answers. But I do know this.

There will come a time that our children will look back at these times of challenge and they will reflect on their memories.

When they think of you, what will they remember?

Karen and Marc seem like the perfect couple. High school sweethearts, they easily complete each other’s sentences. Marc had a fabulous job as an investment banker in NYC till the market collapsed. The day he was let go, I received an email from Karen.

“My husband has given his life to his company. What will he do? I am afraid he’ll fall into a depression. What will happen to us? I am so frightened.”

I encouraged Karen and Marc to join my class and learn with me. Couples who study together grow united. Torah’s wisdom anchors us; it strengthens our soul.

The year passed slowly. While searching for a job, Marc took on running. One day he fell and broke his leg badly. He needed surgery, then crutches, and months’ worth of therapy.

Exchanging daily emails, we spoke about never losing hope. We spoke about the power of a good word; the smile that gives life to another. Though times may be difficult, we still have the ability to touch each other with goodness. I asked Karen and Marc to never let a day go by without doing something kind for their family…even the smallest act of kindness helps a family remain connected.

Marc finally found a job. His leg healed. Karen took on a part-time position to help ease the load. Their eldest son left for college.

After class one night Marc and Karen asked to speak with me. Their son had called home and told them that there had been a fraternity night. Everyone was asked to talk about their hero. When it was their son’s turn, he spoke about his dad.

“Dad, I told them how you taught me that no matter how tough life gets, we never give up."

I call upon parents everywhere to ask this question: When your children will look back on these days, what image will come to mind?

Will they recall a father sitting hopelessly in his chair with a blank look in his eyes, night after night?

Will they conjure an image of a mother’s sharp outburst in response to the slightest request for help?

Or will they know in their heart of hearts that despite all the stress and exhaustive pressure, you, their parents, never gave up.

Not on faith and not on each other.

You never lost your love of life, your dedication to family, your ability to hold on.

You never forfeit to despair.

I pray that our children always remember that life is about climbing the mountain together as a family. And though we may not have dreamed that we would travel down this road, the journey has taken us to places that helped us discover the true meaning of love. 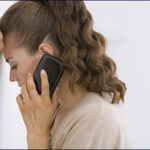 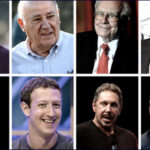 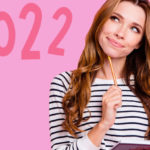 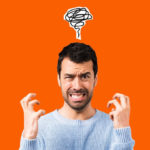 “Covid Rage” and the Breakdown of Civil Behavior5 min read 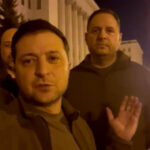