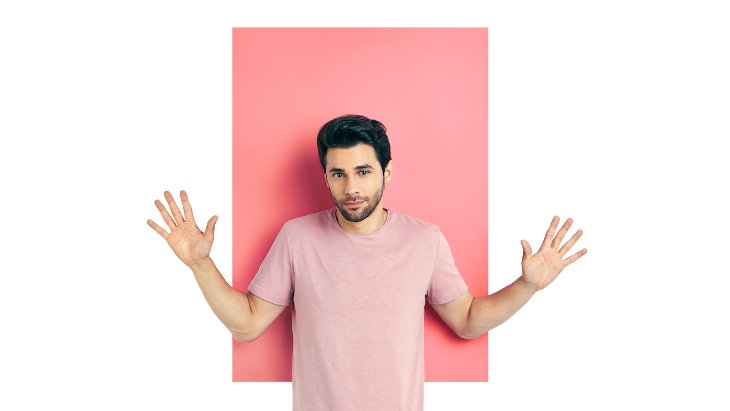 Not if we live with Jewish principle, “This too is for the best.”

Reflecting back on the past six months, I remember the various struggles and questions that I faced. Will the wedding that I always dreamed about be reduced to a backyard? Will my extended family share in our celebration? What about my friends and community? How can I stay productive in my learning and my studies if schools are online and yeshivas are closed? Am I really going to miss my first nephew’s brit?

Friends who had internships and jobs lined up, which they chased throughout their entire college experience, had to accept the bitter news that the company couldn’t continue with the internship or hiring process. Other friends who couldn’t relate to the “virtual dating scene” had sit on the sidelines and freeze the search for their soul mate.

All of these cases have one common denominator; those who were hurt had ambitions and high expectations. They worked hard and expected to have a certain job opportunity. They were inspired and expected to grow in their learning. They finally found the person they want to spend the rest of their life with and expected a beautiful wedding celebration.

Is the secret to happiness low expectations?

As the saying goes, “The higher your expectations, the greater your disappointment.” Barry Schwartz, a psychologist and author of The Paradox of Choice, once said: “The secret to happiness is low expectations.” This school of thought believes that ambition and high expectations only increase the possibility of disappointment.

Is he right? Should we lower our expectations and curb our ambitions? Wouldn’t that be settling for mediocrity?

Will picked himself up and took a job as a baseball analyst. Despite a tough beginning, he worked hard and became successful. Today Will loves his work and spends the rest of his day with his loved ones. Will says, “The end of my career, in some way you could call a blessing in disguise.”

This quote is reminiscent of a famous quote found in the Talmud (Ta’anit 21a) that discusses one of the many miraculous tales of an individual known as Nachum Ish Gam Zu. We will not delve into the details of the story but suffice it to say that Nachum was in a plight where death was almost certain, but he kept his positive attitude and declared his famous phrase, “Gam zu l’tova – this too is for the good.” The story concludes with Nachum not only escaping death, but accumulating great wealth and helping the Jewish people in the process.

This idea of “this too is for the good” is not simply part of a nice story that we tell our children or a concept we invoke when we stub our toe. It is a fundamental part of Jewish belief. At the end of the day, God is in control and He wants what is best. We can plan and plan and plan, but at the end of the day it is out of our hands.

My wife, Davida, had a beautiful insight. Maybe what made Nachum so special were the words gam zu – this too. It’s not simply that Nachum had a positive spin on one bad situation. Rather, it’s that throughout his life he constantly had a positive spin on the many difficult situations he encountered. It is the this too attitude that made him special. He was able to take all of life’s challenges and knock each one down with that same positive attitude. He lived with the recognition that there was always another way of things turning out – that way God had planned.

When I reflect back on the last six months of the pandemic, I realize how much Davida and I grew both as individuals and as a couple during this time. I realize that I was able to spend so much quality time with my parents and siblings. I realize that the informal nature of a coronavirus wedding suited me perfectly and allowed for a special intimacy. Most importantly, I realized “this too is for the good.”

What Will They Say About You?

Path of the Soul #8: Strength of a Hero