Literary Classics with a Jewish Twist 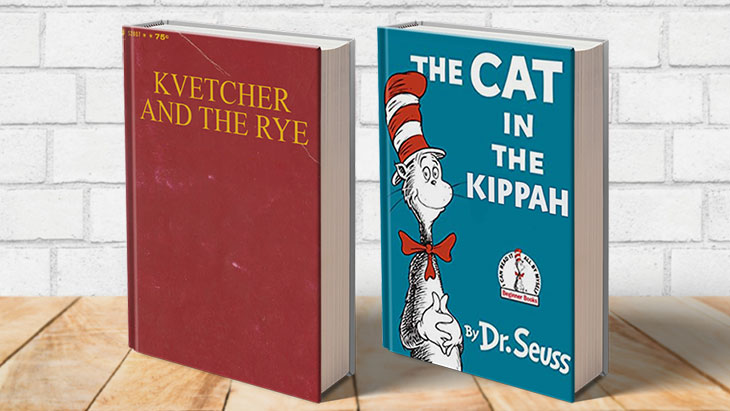 To Kvell a Mockingbird.

Have you heard? Classic literature lives on indefinitely, but sometimes there are secret sequels to these old favorites that can mysteriously show up in the Jewish community. And if you pay close attention, you’ll actually find some gems. Therefore I’m happy to have done my research thoroughly (despite skeptical librarians who tried to thwart me) and here are the “Newish Jewish” titles that might make the New York Times bestseller list for both adults and children in the coming Jewish New Year:

If you’re not much for reading, you can catch these new films playing in a theatre (or synagogue) near you: The Hand that Rocks the Dreidel, Mensches in Black, Jurrasic Parve, Lilo & Shtick, There’s Something About Moses, The Zion King, Cohen The Barbarian, Shpilkes in Seattle, Schmutzie (Tootzie), Beauty & the Brisket, and Honey I Shrunk The Knishes!