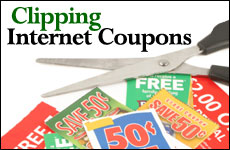 Today I spent four and one half hours on an IPhone. I was trying to get my frequent flyer miles transferred from my airline carrier to my new long distance carrier for a trip to Israel, which is why I bought into the hype and changed my long-distance phone service (not to mention cable, and broadband carrier) in the first place.

Now, why would a woman who bid ten bucks over the “BUY IT NOW” price on eBay do such a stupid thing?

I decided to go “hardcore.” Yes, I used a telephone.

Because, the mega communications company held a meeting in my apartment building and was serving Kosher gourmet cupcakes. I took five, (two for “later”), and felt the guilt kick-in. And, the bold print on the brochures made this sound like one terrific deal! If I reached out online and let them touch my paypal account each month, I could earn enough air miles to orbit Ganymede. So, I spent the 32 seconds signing up. That was last week.

Today, with visions of kibbutzniks dancing in my head, I tried to get my miles, which were to be given out based on every phone, TV, and/or cable, broadband connection service I purchased.

I went back online. After searching, surfing, and screaming I came to the conclusion that there must be a host of web developers in rehab from setting up this site to make it indecipherable and un-contactable to anyone who hasn’t got a PhD. in “Buzzword Incompliant.”

So I went hardcore – I used a telephone. After listening to 47 minutes of the Ray Conniff singers (would you believe) trying to Make me Feel So Young, 78 promos for digital de-scramblers, and a cyborgian voice telling me “how important my call was,” a chipper lad at “headquarters” finally answered.

“Well, we don’t actually handle it here,” he chirped,” but I can direct you to our website and you may find your answer under “FAQs,” e-mail us, or try the contact number under “Redemption” [ which of course was the number I called], and they may be able to assist you.”

“So … where are you based, by the way,” I asked, putting my feet up and polishing off what was left of my last cupcake. I was determined my 47 minutes would not have been in vain.

“We are an American-based company,” he hedged.

“Oh, I know. I’m just curious about foreign cities,” I responded diplomatically, after picking up a slight accent.

“Ah! My father was in India during WWII and always wanted to return. I was fascinated. So, what part?” I asked, thrilled at the prospect of making the most of this human op.

“Perhaps I can connect you with my supervisor.”

“Bless you!” I yelped. Now we were getting somewhere. As it turned out, somewhere in the Bermuda Triangle.

He satellited my call back to the Ray Conniff singers who were hoping to Teach The World To Sing. They had time. For that, and to reflect on The Way We Were, which, in my case, was about three years younger than when I first dialed.

Needing more food, I hung up. “They” were counting on that.

Just as I was looking for more cupcake crumbs, my credit card company emailed me offering membership in the “Premium Member Bonus Club.” Just follow the link, fill out the “simple” application, and ZOWIE! I could earn bonus money for each dollar I spend!

I received a 20 pound package of information, forms, and affidavits that makes the new Health Bill look like a bread and butter note. I showed it to my cousin Myron-the-lawyer. It was his considered opinion while I couldn’t be indicted for signing, I should be aware of the small print in paragraphs 34 and 132a which limited my “bonus” to ten dollars for each ten grand I spend. (I also thought I saw something about “smiting” my first-born should I try to get out of the “Enslavement” clause. Passover is over people.)

Clearly I’m either a truly cockeyed optimist, or learning-challenged. Last year, I received a mega-monster mailing from a famous national organization for Boomers offering “huge discounts” on everything from Metamucil to airline tickets. So I purchased two airline tickets to Phoenix when a relative was ill. The “illness” fare from the airline, I later learned online, was $450. The Boomer company’s discount rate, brought it up to $525! I can only assume the “discount Boomer” rates are based on first-class tickets if you were going to Phoenix by way of Kuala Lumpur.

Prior, I went to the website of a rental car company to claim my credit-card-discount-rental-car-promo coupon to the agent. It said “$25 Savings.” After dutifully entering all “pertinent” information, which included everything but my last mammogram, I got a pop-up thingy with rules printed in Lilliput. Needless to say, after perusing the “exceptions,” “exclusions” and “options” I learned I couldn’t actually use the coupon unless I needed the car on alternate Mondays and Wednesdays. According to the fine print, I believe an engine was “optional.”

Now folks, I adore a bargain. Show me a half off sign, an “irregular,” or any shop called “Second Time Around,” “Memories,” or “Mama’s Treasure Chest,” and I’ve been known to hop a barge at the mere prospect of getting a pair of “irregular” pantyhose.

So, when our brave new world reduced “bargains” to just a click away, I got truly excited. Just sign on, click click click, and all these “exotic” deals are at my fingertips. But I’m learning that, as with everything in life, too many of today’s ops are buried under mountains of flops. I clicked on “YOUR FREE LAPTOP.” Suddenly 200 other offers popped up, and I was forced to click “Yes or No” to questions such as: “Does anyone in your family use adult diapers?” For each! Finally, reaching the final page, there it was, in teeny tiny type. “You must accept 17 of these offers to qualify for points, which then ……………..”!

I thought back to the pre-Micro chip days, when Mom and I wiled away a few minutes a week, communing while pasting Green Stamps we got at the market, into books to get a toaster. Back then, discounting, even coupon clipping wasn’t an avocation. We knew our grocer. We went to a store with our stamps and coupons. We had a human this side of the Equator we could talk and negotiate with, or complain to. Ours was “Irving” at Waldbaum’s. “Irving” knew us. “Irving” wanted us to sign up for special deals. “Irving” cared. And “Irving” only asked for a name, gave us a bunch of books, and we “were in.”

In this new digital age, the “days of Irving” are gone. My suspicion is, he’s been replaced by worldwide conglomerates who’ve combined to make sure no human can ever untangle or escape this vicious web.

How do I know? I’m once again “on hold” for my airline-carrier-credit-card-broadband discount service rep’s android -- and I’m being serenaded with a vamped up version of What Kind of Fool Am I? 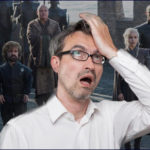 Does This Town Make Me Look Fat?6 min read 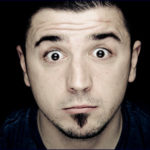 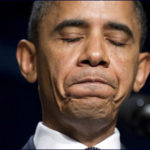 An Interview with the Chief6 min read 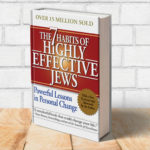