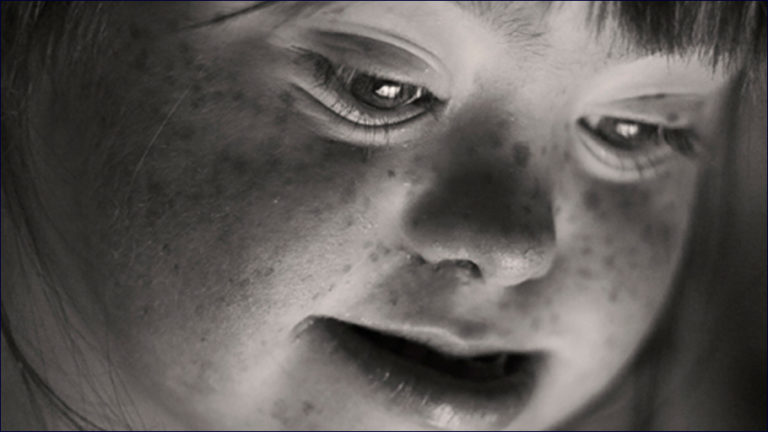 The Torah does not regard personal autonomy as unlimited. We are not free to do with our bodies whatever we see fit.

In Penzing, the 14th district of Vienna, stands the well-manicured campus of the Steinhof Hospital. Built in 1907, the hospital features 60 pavilions, as well as a church and a theater, built in the Art Nouveau style that was popular at the time. The Otto Wagner Hospital and Care Center, as it is known today, also houses the Memorial to the History of Nazi Medicine in Vienna. For it was in the pavilions of this palatial “care center” that more than 7500 people were involuntarily put to death between the years of 1938 and 1945 under a Nazi campaign of systematic murder, innocuously referred to as a “euthanasia program”.1 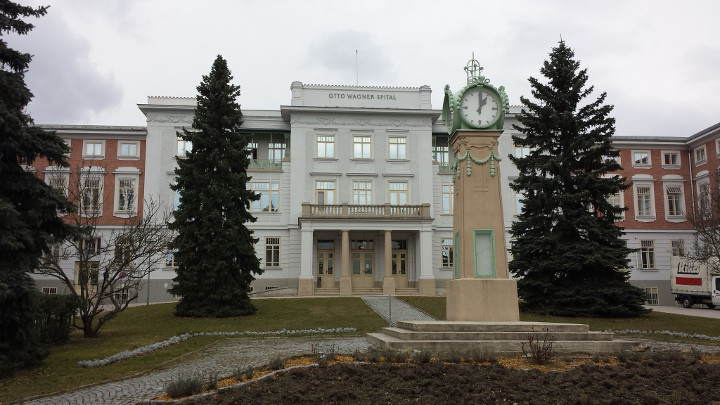 In the view of German psychiatrist and eugenicist Alfred Erich Hoche, the state itself was an organism whose health needed protection from those “parts which have become valueless or damaging". It was therefore important to eliminate those members of society whose contribution to the gene pool detracted value, such as people with mental illness or lifelong physical disabilities. Hoche described their lives as “life unworthy of life”, proposing that they be eliminated through euthanasia based on a cost/benefit analysis of their value to society.2

Hoche described their lives Hoche as “life unworthy of life,” and he proposed that they be eliminated through euthanasia.

The Nazis extended Hoche’s ideas to destroy all “enemies of the [Aryan] race”. In 1939, public health officials began to track down people who were selected for “mercy killing”: the incurably ill; those who had physical or mental disabilities, or Down’s Syndrome; those who were not of German blood; the criminally insane; and those who had been institutionalized for more than five years.3 During 1940-41, the Nazis deported an additional 3200 people from Steinhof to be gassed and cremated at Hartheim Castle in Linz, roughly two and a half hours away.

From 1940 until 1945, Nazi physicians also operated Am Spiegelgrund, a “children’s ward” at Steinhof. Parents whose children had disabilities or illnesses were encouraged to have them admitted for treatment at one of the Reich’s pediatric clinics. These children would invariably be murdered by doctors and nurses through lethal injection, starvation or neglect, over 800 children at Steinhof alone. 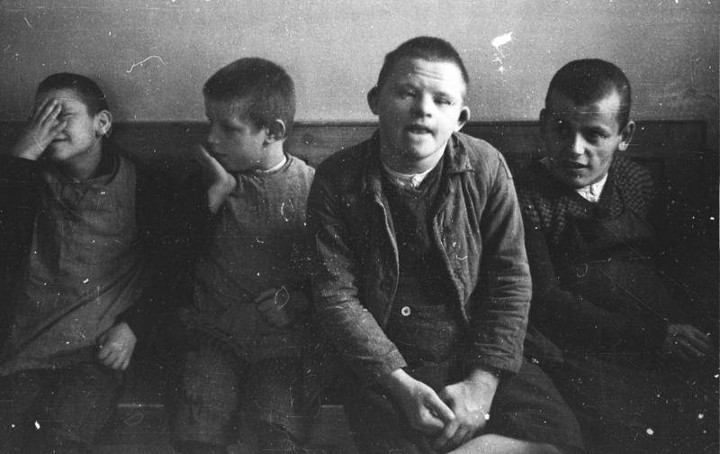 Boys with Down Syndrome who are being held at the Heilanstalt Schönbrunn sanatorium near Dachau concentration camp on Feb. 16, 1934. (Friedrich Franz Bauer/German Federal Archives via Wikimedia Commons)

These atrocities eventually caused an outcry even among the German population that had democratically elected the Nazis to power. The program, later termed Aktion (Operation) T4, was officially ended in 1941, but the practice of the involuntary euthanasia of children continued unabated under separate Nazi programs. Eventually, the scope of these initiatives was horrifyingly expanded; between Steinhof and other sites dedicated to the eradication of the sick and disabled, the euthanasia campaigns claimed the lives of over 200,000 people.

For a long time after the Holocaust, people rejected euthanasia as a form of murder. Dr. Jack Kevorkian, derisively known as “Dr. Death”, spent his entire career devoted to the promotion and practice of euthanasia. Even as late as 1999, Kevorkian was tried and convicted of second-degree murder after delivering a lethal injection to a patient.4

In the six American states where doctor-assisted suicide is legal, the terminality of a patient’s illness is a requirement. This did not satisfy Kevorkian and his supporters. Suffering—not necessarily physical—and the autonomous desire to die were Dr. Death’s sole criteria.5 In Belgium and the Netherlands, where doctor-assisted suicide is completely legal today, people can opt for death for non-terminal or treatable problems such as blindness or depression.

Euthanasia proponents believe doctor-assisted suicide to somehow be life-affirming, even while it promotes death.

At one time, euthanasia was referred to as “mercy killing”. But public opinion regarding euthanasia has changed. Now, to avoid the negative connotations associated with murder, people call it “medical aid in dying”, and “death with dignity”. Consider the following words from a physician who supported the practice of euthanasia:

“I am a doctor, and I see the law of nature as being the law of reason. From that grew in my heart the love of man, and it stands before my conscience...I am deeply conscious that when I said "yes" to euthanasia, I did so with the deepest conviction, just as it is my conviction today, that it was right. Death can mean relief. Death is life - just as much as birth. It was never meant to be murder.”

Euthanasia is usually billed as an expression of compassion for people who suffer, whose illness or disability robs them of their dignity and quality of life, and most of all, their personal autonomy. Euthanasia proponents believe doctor-assisted suicide to somehow be life-affirming, even while it promotes death. 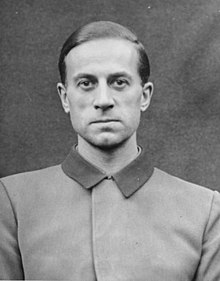 Advocates for physician-assisted suicide who feel that “death with dignity” is an act of compassion may be jarred when they discover that the words quoted above were those of Karl Brandt, an SS officer and Hitler’s personal physician. He was the administrator of the Aktion T4 Euthanasia Program, and a student of Alfred Hoche. They were spoken at his testimony at the Nuremberg Trials in 1947.6

Conventional wisdom today says that when one feels life is not worth living, people have the right to die. This is not the obviously evil and gruesome scientism of eugenics and involuntary euthanasia; it is an ever-expanding idea of personal autonomy. Yet, in both cases, someone gets to decide that life is dispensable. Contrary to contemporary ideas about personal autonomy, the Torah does not even allow a person to end his own life, let alone someone else’s. The philosophical basis of personal autonomy is that one’s body belongs to oneself. Judaism supports the notion of free choice to a great extent; an individual is free to decide how and when to use his resources, and is responsible both to maintain his health and prevent harm to his body. Yet, the Torah does not regard personal autonomy as unlimited. We are not free to do with our bodies whatever we see fit. Rather, “all souls are Mine”7; God has ultimate ownership of our bodies.

Hospital administrations and insurance companies are increasingly basing their decisions to withdraw life support from those considered “medically futile” on a utilitarian cost/benefit analysis not unlike Hoche’s. The field of medical ethics is populated in part by people who disregard the personhood of people who cannot express preferences, such as the unborn, the newborn, the comatose or the Alzheimer’s victim. Their lives are viewed as dispensable for the sake of the greater good. They take up hospital beds; they consume resources; their organs can be donated to people who need them. However, Jews believe that God is our Healer8, and therefore, there is no such thing as “medical futility”; there is always hope, even to the last breath.

When an individual’s life is sacrificed for the greater good, an assumption has been made that his life is “unworthy of life”. Personal autonomy presupposes a right to die; utilitarian medical ethics akin to Hoche’s conclude that certain people have no right to live. This combination of values that justify “medical aid in dying” stand in contradistinction to Torah values. Judaism places the value of an individual’s life above utilitarian notions of the greater good and humanistic ideas about distributive justice.

God gave seven Noahide laws to all of humanity. The most fundamental of these is the prohibition against murder. The verse states, “Whoever sheds the blood of man, by man shall his blood be shed; for in the image of God He made man”.9 One verse earlier, it is clarified that murder is forbidden whether it is committed directly or by oneself, through a third-party, or indirectly, by exposing the victim to lethal risk.10 These examples easily correspond to acts such as administering fatal doses, empowering a doctor to euthanize a patient, or removing life support. These are not compassionate acts; they are examples of murder. God does not authorize anyone to do this.

The Torah regards life as meaningful and worth living under all circumstances. It is not validated by health or sanity, one’s quality of life, or even the will to live. The life of every person is sacred to God. Man is created in His image. God’s attributes are alluded to in the forms of our bodies and reflected in our actions.11 Every human being has the potential to cause the presence of God to shine by emulating His attributes, thereby creating a better world. Judaism’s value for life is far more enduring than that of the secular humanist, because it ties the sacredness of human life to God Himself.

Torah values are on a collision course with those of the world around us. This creates tension for anyone involved with the care of our most vulnerable members who have to interact with the medical establishment, its unstable ethics, and the economics of healthcare. People are increasingly pressured to agree to DNR orders, supported in their desire to end their own lives, intimidated by medical authorities into authorizing them to pull the plug on their loved ones. Knowing what our rights and responsibilities as Jews and citizens are enables us to preserve life and health even when those empowered to do so have given up.

Mosaica Press has just released a concise, user-friendly guide for rabbis, laypeople, doctors, patients and family members entitled Life or Death. The book enables the reader to become clear on end-of-life issues from a Torah perspective, provides tools and strategies for advocacy on behalf of patients, and encouragement for individuals and their loved ones to face down contemporary medical ethics that ignore the sanctity of life.

FAQs: Why is There So Much Anti-Semitism?

Matzah: Running Out of Time