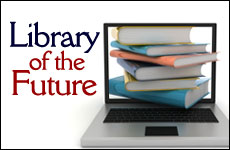 In the digital age, the library is becoming a graveyard. That may not be a bad thing.

What is a public library for?

First, how we got here:

Before Gutenberg, a book cost about as much as a small house. As a result, only kings and bishops could afford to own a book of their own.

This naturally led to the creation of shared books, of libraries where scholars (everyone else was too busy not starving) could come to read books that they didn't have to own. The library as warehouse for books worth sharing.

Only after that did we invent the librarian.

The librarian isn't a clerk who happens to work at a library. A librarian is a data hound, a guide, a sherpa and a teacher. The librarian is the interface between reams of data and the untrained but motivated user.

The library is a warehouse to store reams of data.

After Gutenberg, books got a lot cheaper. More individuals built their own collections. At the same time, though, the number of titles exploded, and the demand for libraries did as well. We definitely needed a warehouse to store all this bounty, and more than ever we needed a librarian to help us find what we needed. The library is a house for the librarian.

Industrialists (particularly Andrew Carnegie) funded the modern American library. The idea was that in a pre-electronic media age, the working man needed to be both entertained and slightly educated. Work all day and become a more civilized member of society by reading at night.

And your kids? Your kids need a place with shared encyclopedias and plenty of fun books, hopefully inculcating a lifelong love of reading, because reading makes all of us more thoughtful, better informed and more productive members of a civil society.

Which was all great, until now.

Want to watch a movie? Netflix is a better librarian, with a better library, than any library in the country. The Netflix librarian knows about every movie, knows what you've seen and what you're likely to want to see. If the goal is to connect viewers with movies, Netflix wins.

This goes further than a mere sideline that most librarians resented anyway. Wikipedia and the huge databanks of information have basically eliminated the library as the best resource for anyone doing amateur research (grade school, middle school, even undergrad). Is there any doubt that online resources will get better and cheaper as the years go by? Kids don't shlep to the library to use an out of date encyclopedia to do a report on FDR. You might want them to, but they won't unless coerced.

And then we need to consider the rise of the Kindle. An ebook costs about $1.60 in 1962 dollars. A thousand ebooks can fit on one device, easily. Easy to store, easy to sort, easy to hand to your neighbor. Five years from now, readers will be as expensive as Gillette razors, and ebooks will cost less than the blades.

Librarians that are arguing and lobbying for clever ebook lending solutions are completely missing the point. They are defending library as warehouse as opposed to fighting for the future, which is librarian as producer, concierge, connector, teacher and impresario.

The library is no longer a warehouse for dead books. Just in time for the information economy, the library ought to be the local nerve center for information. (Please don't say I'm anti-book! I think through my actions and career choices, I've demonstrated my pro-book chops. I'm not saying I want paper to go away, I'm merely describing what's inevitably occurring.) We all love the vision of the underprivileged kid bootstrapping himself out of poverty with books, but now, (most of the time) the insight and leverage is going to come from being and fast and smart with online resources, not from hiding in the stacks.

The next library is a place, still. A place where people come together to do co-working and coordinate and invent projects worth working on together. Aided by a librarian who understands the Mesh, a librarian who can bring domain knowledge and people knowledge and access to information to bear.

Librarians should turn every kid into a first-rate data shark.

The next library is a house for the librarian with the guts to invite kids in to teach them how to get better grades while doing less grunt work. And to teach them how to use a soldering iron or take apart something with no user servicable parts inside. And even to challenge them to teach classes on their passions, merely because it's fun. This librarian takes responsibility/blame for any kid who manages to graduate from school without being a first-rate data shark.

The next library is filled with so many web terminals there's always at least one empty. And the people who run this library don't view the combination of access to data and connections to peers as a sidelight – it's the entire point.

Wouldn't you want to live and work and pay taxes in a town that had a library like that? The vibe of the best Brooklyn coffee shop combined with a passionate raconteur of information? There are one thousands things that could be done in a place like this, all built around one mission: take the world of data, combine it with the people in this community and create value.

We need librarians more than we ever did. What we don't need are mere clerks who guard dead paper. Librarians are too important to be a dwindling voice in our culture. For the right librarian, this is the chance of a lifetime.

Seth Godin is a marketing expert who has authored 13 bestselling books, including Linchpin, Permission Marketing, and his latest, Poke in the Box. He holds an MBA from Stanford, and was called "the Ultimate Entrepreneur for the Information Age" by Business Week.

Complicit: Stoking an Environment of Hate
Olivia Newton John’s Grandfather was a Nobel-Prize Winning Jewish Physicist
Don’t Believe in Other Gods Versus God is One
Seeing Without Eyes
Comments
MOST POPULAR IN Current Issues
Our privacy policy
Aish.com Is Looking for Great Writers