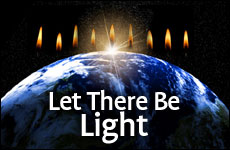 Understanding the cultural clash between the Greeks and the Jews.

During the holiday of Chanukah, Jews relive their military and ideological victory over their Hellenistic adversaries. We still hear the echoes of this cultural clash today, as Winston Churchill wrote in his History of the Second World War, "No other two races [but the Jews and Greeks] have set such a mark upon the world. Each of them from angles so different have left us with the inheritance of its genius and wisdom...the main guiding light in modern faith and culture."

Classic Jewish texts refer to the period during which the Hellenists held influence over Israel as the "Greek Exile."  Perplexingly, however, throughout that period the Jews lived in Israel, and there was no attempt to drive them from their homeland. This begs the question: Who—or what—had been exiled?

The Sages answer with an allegorical comparison of existence under the Hellenists to the darkness at the beginning of creation. The first two lines of Genesis read, "In the beginning...the earth was empty...and darkness was upon the face of the deep." The command "Let there be light" then banished the darkness. Since the luminous heavenly bodies were not created until much later, this first "light" refers a primordial light of God—the essence of spirituality. The sages thus perceived the Hellenistic world as an imposing darkness devoid of spirituality, yet readily remedied by it.

Remarkably, despite our traditional sources comparing Greek culture to spiritual darkness, they simultaneously affirm that ancient Greece was the most beautiful and cultured of all civilizations. Indeed, it was in Hellenism that for the first time Jews found an intellectually stimulating alternative to Judaism. In those days—as in ours—the glamour of Greece, her arts and comforts, enticed many Jews to complete assimilation.

The Hellenistic worldview glorified the human being as the pinnacle of creation – both his mind and his body.

The Hellenistic worldview glorified the human being as the pinnacle of creation – both his mind and his body. Since the time of Aristotle, to most philosophers, the world runs by natural laws, entirely accessible to human intellect and observation. Phenomena which people hope to rationalize are pursued, and those that lie beyond the confines of pure reason or direct observation are spurned as folly. We find modern expression of this approach in the current widespread assumption that there exists no reality beyond the physical world. Such a view relegates elevated notions such as love, free will, and the soul to the realm of self-deluding biochemistry.

Consistent with this view, "relative morality" rules the day, denying the existence of any absolute right or wrong. Existentialism, the philosophy of life's absurd futility and inherent meaninglessness, also readily follows from this point of view. These disheartening conclusions, held by so many today, emerge from the perspective of the world as a circus of atomic nuts and bolts lacking any overall purpose or deliberate design, and organized only by patterns we humans project upon it.

Yet many thinking people consider ridiculous the view that life is utterly meaningless and that there is nothing wrong with cold-blooded murder other than personal preference. Even Bertrand Russell, the twentieth century's most eloquent atheistic philosopher, conceded, "I cannot see how to refute the arguments for the subjectivity of ethical values, but I find myself incapable of believing all that is wrong with wanton cruelty is that I don't like it." Those who posses the humility to concede that the human mind's reasoning faculty has its limits are forced to reexamine this constricted view of reality.

At the time when Athens and Jerusalem locked horns, a faithful core of Jews maintained that the mechanical laws of nature are subordinate to a purposeful creator. They saw the glory that was Greece, not as a dimness of intellect, but as a bleak shackling of the human spirit. The brilliant spiritual intensity of humankind had been eclipsed by superficialities, only because these were more easily appreciated by human reason. This was the "darkness" of Greece.

Related Article: The Beauty and the Light

What the Greeks had exiled was the spark of the human spirit.

What the Greeks had exiled was the spark of the human spirit. They embraced the body and mind, but neglected the soul. Traditional Jews, on the other hand, acknowledged the intellect as the soul's most powerful and reliable tool, and the body as its trusted servant—but nothing more. Those who remained faithful to their Jewish ideals were bold enough to accept a tradition that concurs with universal human intuition: that objective moral and spiritual realties exist, despite our inability to sense or rationalize them fully.

It is by no coincidence then, that the miraculous Jewish victory over the Hellenists culminated in the relatively modest miracle of the single cruse of oil burning for eight days. To Greek thinkers—and their modern-day secular heirs—the physical world may be wondrous, but that's the whole story. The oil burning for eight days symbolized that within the very stuff of which the physical world is made, rests a very real inner dimension waiting to light up our lives. The challenge of the Jew is to see address the inner dimension of the physical realm and enable its spiritual potential to shine forth.

To commemorate our victory over the darkness of Greece, we place a delicately flickering flame on our windowsills to shine into the wintry black of the year's longest nights. We partner with our Creator in fulfilling His command, “Let there be light!”, banishing the superficial darkness of this world by reminding ourselves and our neighbors that deep within every one of us glows a spiritual ember waiting to burst aflame and fill the world with Godly beauty that transcends what the eye can see. This is the message of Chanukah. This is the message of being a "light unto the nations." And this is the message of the Jewish people.

Rabbi Joel Padowitz, MBA CFA is a successful entrepreneur who has been involved adult Jewish education for more than 20 years, specializing in the interface between traditional Judaism & modernity. Rabbi Padowitz is the founder of both Palladium Capital Group, one of the USA’s leading boutique investment banks, and JewIQ, which develops digital and print content for Jewish education and travel. He is the author of Triumph and Tragedy: Journeying through 1000 Years of Jewish Life in Poland and co-author of the upcoming book, The Science of the Mishna. Rabbi Padowitz gives regular classes in Talmud and Jewish thought and produces a popular series of Mishna podcasts. He previously served as rabbi for Aish HaTorah’s young professional community in London. Aside from rabbinic ordination, he received his undergraduate degree from Harvard University and his MBA from Bar Ilan University. He holds the Chartered Financial Analyst designation and was honored at the White House by President George H.W. Bush for outstanding achievements in science. 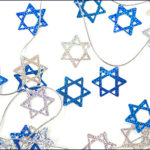 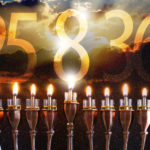 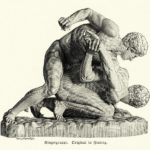 Chanukah: It's Greek to Me5 min read 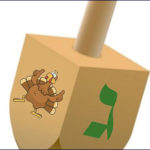 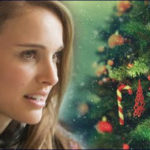 The Nature of Nature3 min read