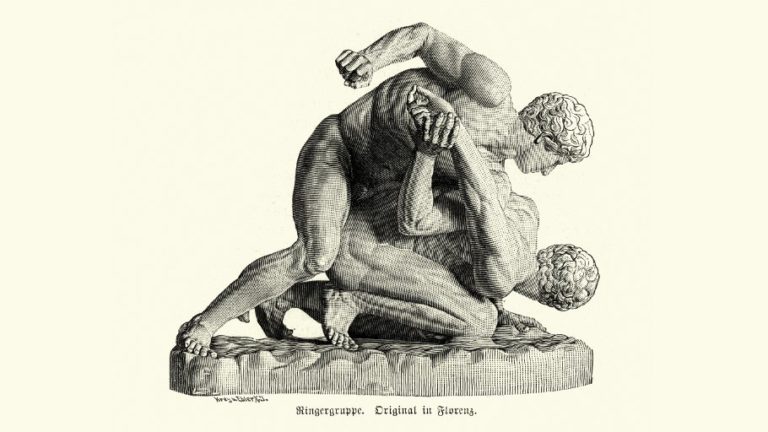 What is the essential philosophical difference between the Greeks and the Jews?

Over two thousand years ago a battle ensued between the Jewish nation and the Greek empire that culminated in the retaking and dedication of the Temple and the continuation of its service. Chanukah is from the Hebrew word for "dedication" denoting this historical victory.

The clash was not as simple as good guys versus bad, for in addition to the fight with the Greeks there was an internal conflict within the Jewish people as well. It was the first time in history that the Jews were faced with a very attractive philosophy and lifestyle that rivaled their own. Many Jews were fascinated with the culture, beauty and advancements that Greek society had to offer.

Indeed, Greek influence continues to impact Western society in terms of sports, democracy, architecture, science and the humanities. As such, a number of Jews – who like quality and know it when they see it – adopted the Greek lifestyle. It was the first time that we Jews had to worry, not so much from an outside physical threat, but from the internal spiritual challenges of alienation and definition of self that Greek culture posed. "Am I a Jewish Greek or a Greek Jew" was as pressing of an issue then as "Am I first and foremost a Jew or an American?" or Canadian, or Brit, as the case may be.

Complicating matters was the fact that Judaism itself has a profound respect for most things Greek. The major work of Kabbalah, the Zohar, compares the nations of the world to concentric circles around the Jewish people who are in the middle; akin to a kernel or seed that gives rise to layers around it. The nation closest to the center and hence most similar to the Jewish people, according to the Zohar, are the Greeks. Hmmm.

Furthermore, the Talmud states that when one is in the Land of Israel, the holiest place in the world and hence demanding of spiritual activities in all manners, one should speak one of two languages that are considered pure and worthy enough for Israel: Hebrew or Greek. While we do not practically adopt this Talmudic opinion, at the same time it suggests a serious admiration for the Greek language.

And to take it a step even further, there is an opinion in the Mishna, again not necessarily widespread and practiced, that states that a Torah scroll can be written in the Greek language and be a legitimate Torah to be used in a synagogue. Given the sanctity of a Torah and the myriad of laws to its precise writing, it is a very startling statement made by Rabbi Shimon ben Gamliel about a culture that we were at war with.

Good and success are defined by the vanquishing of another.

So if indeed Judaism has such a high regard for the Greeks, what was the source of the battle beyond the obvious issues of the Greeks trying to quash everything Jewish? What was the deeper or philosophical difference between us and them?

Perhaps a key can be found from our most common Greek influence today – sports and competition in general. As J.M. Roberts wrote in his History of the World (Pelican edition):

There was a blatant competitiveness in Greek life apparent from Homeric poems onward. The ideal expressed in the much-used word which we inadequately translate as 'virtue' illustrates this. When Greeks used it, they meant that people were able, strong, quick-witted, just as much as just, principled, or virtuous in a modern sense. Homer's hero Odysseus, frequently behaved like a rogue but he is brave and clever and he succeeds; he is therefore admirable. The Greeks was concerned with 'face'; his culture taught him to avoid shame rather than guilt.

To the Greeks, winning was everything, even at the expense of morals, decency and goodness. Respect for another and "not doing unto others as you would not want done to you" was not part of their philosophy. To the Greek, there is one winner and everyone else is a loser and one does whatever it takes to get to the top. Good and success are defined by the vanquishing of another, be it in business, beauty, or strength. Not too dissimilar to many aspects of our society today.

Contrast this with Judaism's view of competition from the Mishna in Pirkei Avot – Ethics of Our Fathers 4:1:

Who is Wise? He who learns from everyone. Who is Strong? He who can overpower his personal weakness. Who is Rich? He who is happy with his lot. Who is Honored? He who honors others.

For the Greek, my definition of good comes at the expense of another. I am wise if I am smarter and more clever than the next fellow. I am strong if I can beat him on the track, on the mat or jump higher. I am rich if I have more toys and wealth than you. And I am honored if others confer it upon me.

In Judaism my relationship with another is irrelevant when defining my strength or wealth as it pits me against myself and not another. Strength is solely about overcoming my personal failings and has nothing to do with any outside party. Who is Strong? He who can overpower his personal weakness. Similarly my definition of wealth has nothing to do with my status or stuff versus yours but solely depends on how I view the gifts that the Almighty has given me. Who is Rich? He who is happy with his lot. In both these areas it is about me, not you, when I come to define my wealth or strength.

The instances when I do compare myself to another are only to build the other up as in the case of conferring honor to all of God's creations or to learn from them no matter their station in life. Who is Honored? He who honors others. Who is Wise? He who learns from everyone. All people have experiences and wisdom that I lack and hence no matter how wise or smart I may be, I can always learn from my fellow irrelevant of their so-called status in society, be s/he a server, Uber driver or doctor.

According to the Jewish worldview, each and every one of us can be a champion.

Chanukah highlights the contrast of the Greek/Western society's view of success against Judaism's perspective. Within the Greek framework everyone is a loser because there will always be someone stronger, smarter, prettier or wealthier; it is a never ending system of dissatisfaction bound to create unhappiness through the constant pursuit of being better than the other.

But in the Jewish system it is a win-win scenario for all where each and every one of us can be a champion in their own right. Every one of us is afforded the opportunity to stand on the highest podium with our individual and unique successes and talents; personal triumphs that give us all the chance to be Rich, Strong, Wise and Honored.

The Nature of Nature
What Does Kosher Mean Literally?
Live Abortion Panel
Morality and Abortion: Three Views
Comments
MOST POPULAR IN Deeper Themes
Our privacy policy