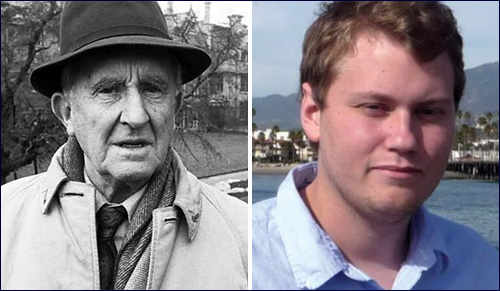 Nicholas Tolkien is an observant Jew whose new play about the Holocaust just opened in New York.

J.R.R. Tolkien, famed author of The Hobbit and The Lord of the Rings, was a man of principle who entertained generations of readers. Now his 27-year-old Jewish great-grandson, Nicholas Tolkien, has written his first play, Terezin, about the Holocaust. On the eve of his play’s opening in New York, Nicholas spoke with Aish.com about what he hopes to achieve – and about his illustrious family. 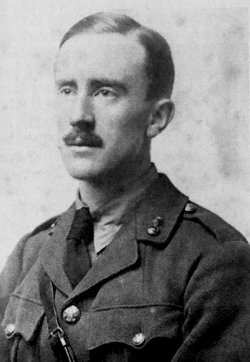 Even though Nicholas’ great grandfather J.R.R. Tolkien was not Jewish – he was a devout Catholic – he harbored warm feelings towards Jews and spoke out forcefully against Nazism. J.R.R. Tolkien refused to visit Germany in 1938, and in 1941 he wrote to his son “...I have in this war a burning private grudge...against that ruddy little ignoramus Adolf Hitler.” Today, Nicholas Tolkien is proud of his illustrious great-grandfather: “He was one of the voices of reason in the British community and was one of Britain’s most pro-Jewish writers.”

Nicholas Tolkien is proud of his illustrious great-grandfather who “was one of Britain’s most pro-Jewish writers.”

When a German publisher asked J.R.R. Tolkien to prove his Aryan ancestry in order for Lord of the Rings to be translated into German, Tolkien wrote back, “If I am to understand that you are enquiring whether I am of Jewish origin, I can only reply that I regret that I appear to have no ancestors of that gifted people.” 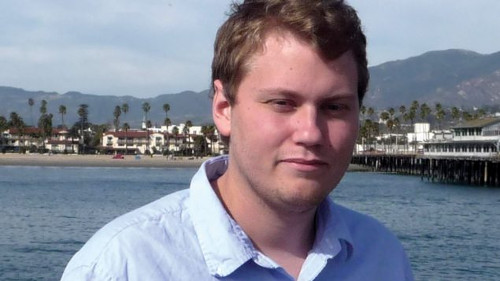 In 1971, J.R.R. Tolkien told the BBC that he’d modeled the characters of the Dwarves in Lord of the Rings on the Jewish people. “The dwarves of course are quite obviously, wouldn’t you say that in many ways they remind you of the Jews? Their words are Semitic, obviously constructed to be Semitic.” The Dwarves also echoed Jewish life in their intense and unquenchable longing for their native homeland, which seems to many like a conscious reference to Jews’ attachment to the Land of Israel.

J.R.R. Tolkien’s grandson Simon warmly remembers his famous grandfather reading The Lord of the Rings to him as a child. Yet as an adult Simon went his own way, marrying an American Jewish woman named Tracy Steinberg. Their son Nicholas is Jewish, though as a child the family had little to do with formal religion. Nicholas attended a posh school in London where he was bullied when he told his fellow students that he was Jewish. The school didn’t teach about the Holocaust; as a Jew, Nicholas felt like an outsider.

That feeling of otherness would lift when Nicholas visited his Jewish grandparents, Anne and Mark Steinberg, in their apartment above the vintage clothing shop they ran in London. “My grandfather prepared me for my bar mitzvah,” recalls Nicholas. “He was the one who introduced me to my faith, to the humor and the stories…. He was always reading the Torah to me.”

In time, Nicholas became very familiar with a number of Biblical tales, something that he feels many of his contemporaries in his millennial generation are missing. Often feeling like an outsider, Nicholas remembers enjoying hearing about Moses, who had to live in a non-Jewish environment and yet continued to identify with his fellow Jews.

Grandpa Mark also told Nicholas about the Holocaust. Having grown up in St. Louis, Mark was friends with many survivors who’d moved to America after World War II. One story in particular haunted Nicholas: his grandfather told him about a woman he’d known who’d survived Auschwitz. For the rest of her life, every time she ate, Nicholas explains, “she’d eat with a lot of fear, and would cover her food with her other hand as if it was going to be taken away from her.” Nicholas learned that the scars from the Holocaust lingered and never went away.

Nicholas was drawn to research and write about the Holocaust, in part to counter “Holocaust amnesia”.

As Nicholas embarked on a film-making and playwriting career, he was drawn to research and write about the Holocaust. “There’s a sense of Holocaust amnesia,” Nicholas says. “People don’t want to think about it.”

His play Terezin opened in New York on June 13, 2017. It tells the story of the notorious Czech Terezin concentration camp from the perspective of two young girls.

Nicholas was drawn to the story of Terezin, where 97,297 prisoners were murdered, including 15,000 children, when he read the book I Never Saw Another Butterfly: Children’s Drawings and Poems from the Terezin Concentration Camp. The book is brimming with heartbreaking poetry and illustrations made by children who were imprisoned in Terezin and who later were killed. It’s harrowing to realize that the children who created the beautiful art in the book were imprisoned and murdered for the “crime” of being Jewish.

Another book that helped shape the play’s plot is The Terezin Diary of Gonda Redlich, the real-life tale of a young Zionist youth leader who was imprisoned in Terezin from 1941 until 1944, when he was sent to Auschwitz along with his wife and son. His diaries document the terror of life in Terezin, and the determination of the Jewish prisoners to create a rich cultural life even in the midst of starvation and disease. 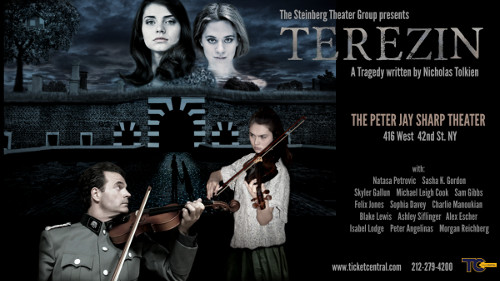 After reading these works, Nicholas Tolkien embarked on five years of research before writing Terezin. Almost no one survived Terezin, but Nicholas managed to speak with some survivors, who were children when they were interned. They described Terezin through children’s viewpoints, and that’s the perspective Nicholas has adopted in his play. With 15 characters and 45 scenes, the play provides a wide-ranging perspective on Terezin and its horrors.

Nicholas’ journey to tell the story of Holocaust victims mirrors his own journey as he’s learned more about his Jewish heritage. Visiting Israel with Birthright was a huge influence and opened his eyes to new aspects of Jewish life. Nicholas has also explored Jewish resources online; Aish.com has been a vital resource in his Jewish education.

Nicholas is inspired by the beauty and timeless wisdom of Judaism.

Nicholas has found that one wonderful aspect of Aish.com and other Jewish websites is their ability to connect Jews. “Especially because of the huge amount of anti-Israel feeling in the world today, websites are so useful in uniting Jews around the world, and helping us embrace each other.”

Nicholas continues to study Jewish texts. “It’s not something a lot of young people do now,” he acknowledges, but the beauty and timeless wisdom inspires him. Tapping into 3,500 years of Jewish wisdom has helped Nicholas deal with very 21st century concerns. “The Book of Job is the most inspirational to me,” Nicholas explains. “It addresses the problem of evil, and it’s been useful to me” as he grappled with moral dilemmas while writing his play.

Nicholas also realizes that learning about Judaism and maintaining a Jewish lifestyle is a way to honor the many Jews who died for the sake of being Jewish. “What I find so horrific is that the Nazis banned Jewish tradition. They banned Chanukah, they banned Shabbat, they burned Jews after their deaths instead of giving their victims a proper burial. With the Shoah, our traditions were taken away, and every time we do these rituals, we honor the memories of those who were killed.”