At My Grandson’s Bris: Hanukkah, Self-Sacrifice and the Infinite 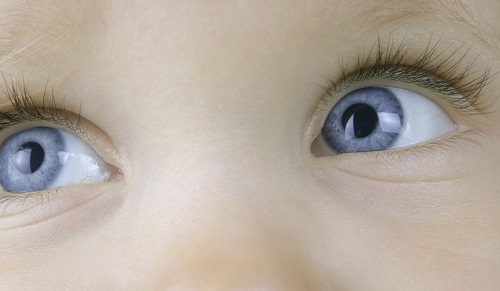 The mohel instructed me to hold the baby’s legs tight, thrusting me into the reality of what was unfolding.

“Hold the baby’s legs firmly with your hands while I perform the circumcision,” the mohel said to me as he placed my first grandchild on my lap.

His order threw me for a loop. Everything I was experiencing that moment was new. My wife and I were overjoyed to become grandparents, to witness the creation of the next generation and to see our daughter naturally move into the sublime role of being a mother.

It was my first time being a sandek, honored with holding the newborn on a pillow on my lap during the bris. Having the front row seat didn’t freak me out; there was no way I was planning to look. My eyes would remain closed, as they did during the brisses of my own sons.

Suddenly, when the mohel instructed me to hold the baby’s legs tight, I was thrust into an active role that brought the reality of what was unfolding in to full living color. The experience gave me the visceral realization that becoming a card-carrying member of the Jewish people comes through an act of mesiras nefesh, a willingness to give everything you hold dear, even your very life, to do the right thing.

Why does the very inception of joining the Jewish people and entering the covenant with God occur through an act of self-sacrifice?

The question reminded me what drew me to explore Torah Judaism in the first place when I was a teen, trying to find my place in the world. Growing up in Toronto in a comfortable, upper middle class home, I realized early on that materialism and monetary success was not going to be my ticket to a meaningful life. And how I yearned for a life filled with ultimate meaning and purpose, a life that would somehow rise above the transient pleasures and highs that would disappear like smoke, leaving me feeling empty and aching for something real and lasting. I couldn’t wait to finish high school and spend a year in Israel, asking the big questions about life, unsure where it would all lead me but knowing the pursuit I was embarking on mattered.

In yeshiva I relished the intense learning environment where people were passionate about questions and ideas and striving to grow. Eventually l came to understand that my yearning for meaning would only be quenched by connecting to something that transcended the finite, that was built on capital T Truth, something eternal and real. And all that stemmed from an Infinite dimension that was above the transitory, fleeting experience that undercut most things in this finite, passing world.

Mesiras nefesh, which literally means “giving over one’s life, is a recognition of this Eternal dimension. We usually think of self-sacrifice in terms of martyrdom. Throughout Jewish history Jews have risked their lives and died for being Jewish, performing the ultimate act of dying “al Kiddush Hashem”, sanctifying God’s Name. 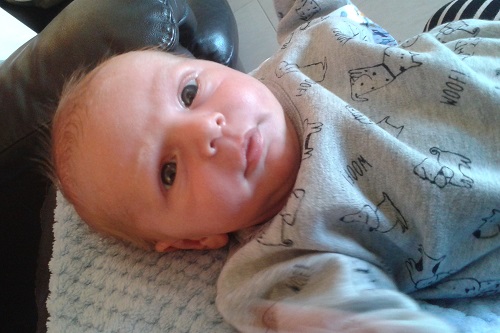 The only thing that transcends life is the infinite realm that goes beyond time and space, that is eternal and absolute and dwarfs everything in our transient world. Living a Jewish life means elevating your mundane existence by interlacing and suffusing it with a connection to God, the Infinite Source of existence. By sublimating our baser desires through observing and embodying Torah principles and values, we forge a relationship with God and connect to a realm that is eternal and absolute.

Controlling our natural urges and refraining from giving free rein to our appetites because they go against the dictates of the Torah is a form of mesiras nefesh. We are giving over a part of ourselves – our wants and desires – because there is something greater than them, a moral dimension that transcends our life.

Perhaps that is why entering the covenant between God and the Jewish people occurs through an act of self-sacrifice; it’s the essence of what a Jew’s life is supposed to be about.

It also plays a central role in the holiday of Hanukkah. It is no accident that the story of Hanukkah began with the small group of Maccabees willing to sacrifice their lives by waging war against the vastly superior Syrian-Greek army to defend their Torah way of life. Not only did this act trigger the miracles of winning the war and the oil burning for eight days, it also encapsulates the ideological battle between the Jewish people and the Greeks.

The Greeks were trailblazers in philosophy, arts and sciences, using their faculties of reason to understand and master the world. But according to their worldview, nothing existed beyond human comprehension. They lived in a fully self-contained universe; if the mind could not perceive it, it didn’t exist. 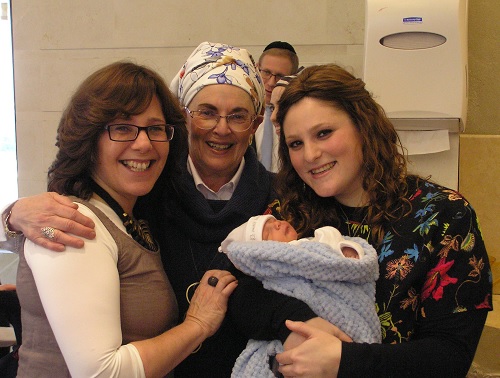 At the bris: Four generations

Judaism’s belief in monotheism means there is an Infinite dimension beyond our finite world that no human being can ever fully wrap his mind around. This higher reality is alluded to in the number eight, the day that a baby is circumcised and the number of days of Hanukkah. Seven represents perfection attainable in the natural world; eight is moves above the limits of nature into the transcendent dimension of the Infinite that is beyond time and space.

Holding my beautiful grandson and peering into his wondrous eyes, I marvel at the inexplicable creation of this new generation who is now part of the unfolding odyssey of the Jewish people that somehow transcends time itself.

Star Wars and My Search for Spirituality

Out of the Closet