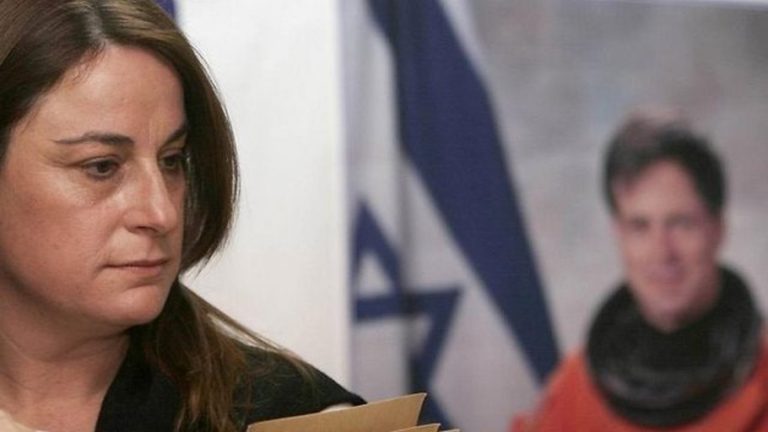 In a life touched by tragedy, Rona Ramon, wife of Israeli astronaut Ilan Ramon, was determined to choose life - and to help others cope with grief and sorrow as well. Rona died from pancreatic cancer on December 17, 2018 at the age of 54, but her legacy of hope and resilience endures.

Born in 1964 in Kiryat Ono, a suburb of Tel Aviv, Rona grew up with a clear sense of her place in the Jewish state. Her parents Gila and Yisrael moved to Israel from Turkey in a youth aliyah, which saw teens and young adults relocate to Israel in the state’s early days. 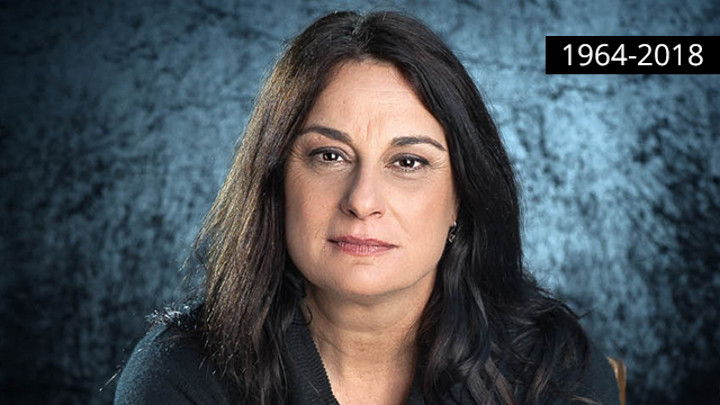 After serving in the Israeli Defense Forces’ Paratroopers Brigade, Rona met Ilan Ramon, the son of a Holocaust survivor and a celebrated fighter pilot. He was one of the Israeli pilots who bombed Iraq’s Osirak nuclear reactor in 1981. Much of the world had condemned Israel for the attack, but Ramon’s daring raid prevented Iraq from developing nuclear weapons. He and Rona married in 1986 and had four children.

In addition to being a busy mother, Rona also trained as sports teacher and therapist and ran a therapeutic clinic. She gave that up in 1998 when Ilan was chosen to become Israel’s first astronaut, joining the Columbia Space Shuttle crew, and the family moved to Houston.

As the first Israeli astronaut, Ilan was representing the entire Jewish people.

As the first Israeli astronaut, Ilan was representing the entire Jewish people. Ilan and Rona made a few key decisions. Although he normally didn’t keep kosher or Shabbat, Ilan resolved he would do both when he was in space. He brought kosher meals with him and refrained from doing work from sundown Friday until sundown Saturday. (Since there are no regular daytime hours in space, Ilan consulted with Rabbis about what to do and time timed his Shabbat observance to coincide with his launch location, Cape Canaveral in Florida.) 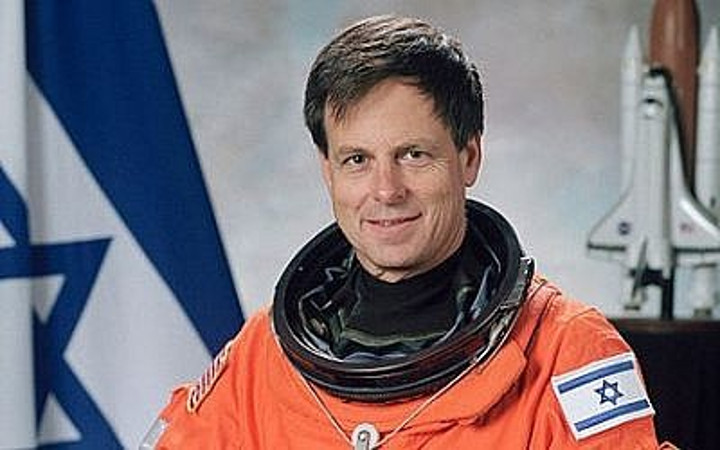 Ilan also asked one of his university professors, Dr. Joachim Joseph of Tel Aviv University, if he could bring his Torah scroll into space. This Torah scroll had an amazing history. It was unusually small, only few inches high, and was smuggled into the Bergen Belsen concentration camp during the Holocaust. Defying certain death, Rabbi Dasberg, a Dutch rabbi, gave secret bar mitzvah lessons to a Joachim who was interred there as a child.

Dr. Joseph celebrated his bar mitzvah in 1944 in Bergen Belsen by secretly reading from that Torah. Afterwards Rabbi Dasberg gave him the Torah - on condition that he one day tell the world about it. Dr. Joseph survived the war, moved to Israel, and became a celebrated astrophysicist. Ilan Ramon went to space proudly celebrating his Jewishness and making sure the world knew the story of the amazing Torah he carried.

Ilan Ramon achieved this unprecedented Kiddush Hashem, sanctification of God’s Name, before he tragically died on February 1, 2003, when the Columbia Space Shuttle disintegrated as it re-entered Earth’s atmosphere. Widowed with four young children, Rona Ilan returned to Israel, and began to use her crushing grief to help others. 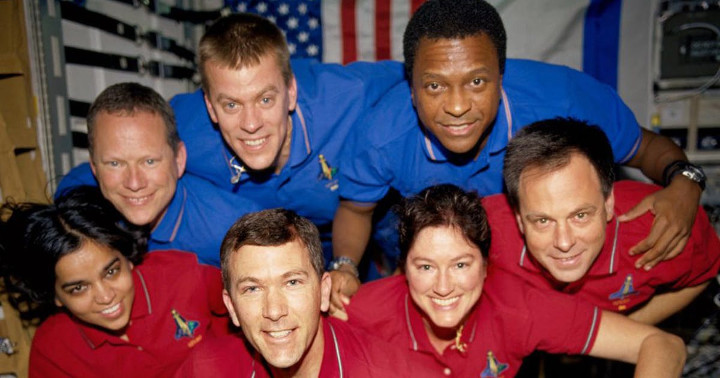 Rona studied creative writing and later explained, “It was clear to me that I was going to explore my experiences in an effort to find some kind of an answer….I started collecting testimonies from families who experienced sudden death...Our foundations break apart and the pieces must be gathered, even though the light at the end of the tunnel cannot be seen yet.”

In 2009, Asaf Ramon died in a training exercise.

When her son Asaf asked to follow in Ilan’s footsteps and join the air force too, despite the dangers involved Rona didn’t hesitate. “A boy of 18 who has dreamed of flying all his life,” she recalled, “I wrote him a letter telling him I give permission to begin his life.” Asaf became a fighter pilot. In 2009, tragedy struck his family again when Asaf died in a training exercise after the F-16 fighter jet he was flying crashed. 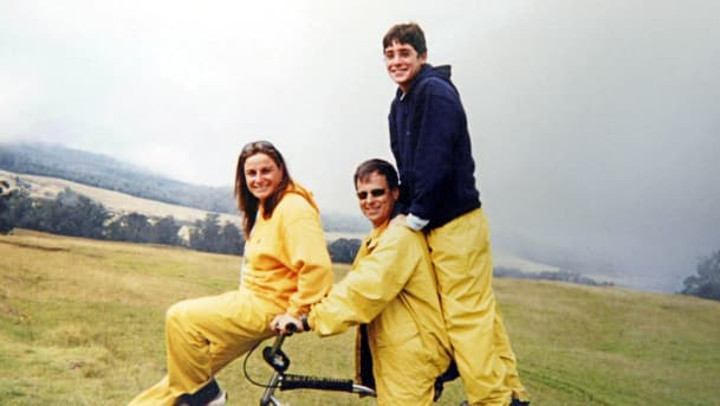 “The suffering was great, and dealing with it was unbearable,” Rona remembered. Yet somehow she vowed to carry on. “I knew I had people to live for, that was clear and convincing. I would keep going for my children, at the most simple and practical level. I would function. If I managed to make lunch for everyone, if I managed to pick everyone up on time from after-school activities and sports fields and not forget anyone - because that, too, has happened - then I was okay.”

Asaf was buried near his father in a plot that Rona had purchased for herself. Rona channeled her grief and pain into helping others. She founded the Ramon Foundation which encourages Israeli youth to develop “academic excellence, social leadership and groundbreaking courage”. The foundation runs science and educational programs and helps young people realize their academic and social potential. In addition, Rona spoke publicly about her experiences with loss, giving lectures, running workshops and counseling individuals who were also struggling with grief. 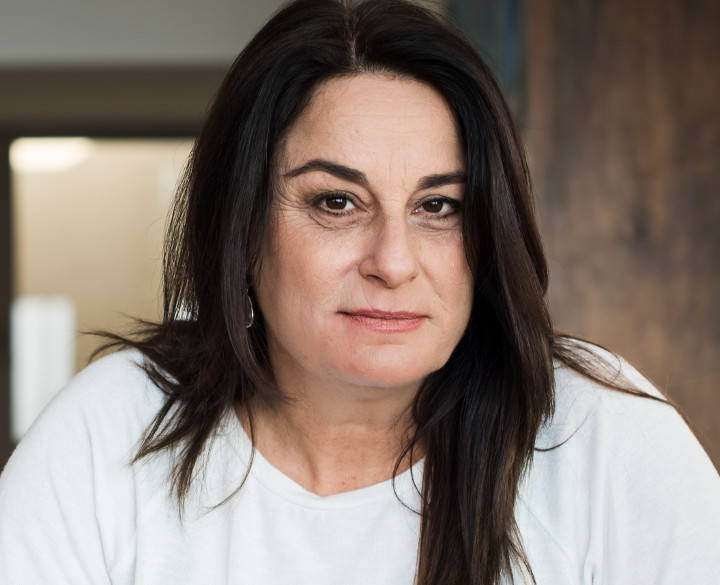 On Israel’s Independence Day in 2016, Rona Roman lit a torch at the official celebrations on Mount Herzl in Jerusalem. “I light this torch in honor of my loved ones,” she declared, “Ilan and Asaf, who were and a candle and a lighthouse to the fulfillment of my vision. In honor of the Air Force pilots throughout the generations who protect us from above; in honor of the astronauts carrying out groundbreaking work for humanity; and in honor of my children and all the wonderful young people who grow up with love for fellow men; and for Israel, and the hope for peace.”

Rona leaves behind her children Tal, Yiftah and Noa. She also leaves us with an incredible example of a woman who struggled with tragedy and still found resources deep within her to give and to keep on giving. “It’s true that the hand of fate has struck me,” Rona once observed, “and how it has struck me. But I have the privilege of choosing how I get up and rise above the great crises that life had in store for me, and I decide which music I choose to hear.”

More Jews in the American Military