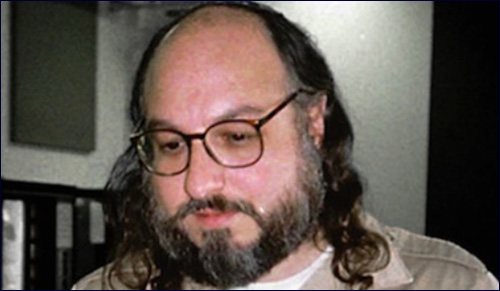 Pollard should have been released years ago because discrimination and unfairness are anti-American ideas.

America is far from being an anti-Semitic country. In fact, it might be the first country in Jewish history where it’s actually “cool” to be Jewish. That’s one reason I’ve been so reluctant over the years to weigh in on the Jonathan Pollard affair – I’m so in love with this country and all it’s done for the Jews that the last thing I want is to appear ungrateful or, worse, disloyal.

Having said that, however, after a while it gets harder and harder to ignore what looks like blatant discrimination against a Jewish man who in 1987 pleaded guilty to spying for Israel. How else to explain the U.S. government’s harsh treatment of Pollard?

Of the millions of things that have been said about this case, one fact, for me, stands out the most: The government reneged on the deal it made with Pollard.

This point was flagrantly absent in a recent New York Times op-ed written by M.E. Bowman, a U.S. official directly involved in the Pollard case who continues to defend Pollard’s life sentence.

As Alan Dershowitz responded on the Times’ Web site, “M.E. Bowman fails to tell his readers that when Mr. Pollard entered into his plea bargain, the United States government solemnly represented to the court that a sentence of less than life imprisonment would satisfy the needs of justice.”

Nothing Bowman writes in his editorial explains or even refers to this injustice.

“That solemn representation,” Dershowitz writes, “was the quid pro quo for Pollard’s plea of guilty. It violates both the letter and the spirit of that plea bargain. For Mr. Bowman, who was a justice department official at the time, now to urge that Pollard must serve the life sentence imposed on him by the court despite the government having sought a sentence that Pollard has already completed.”

Of course, based on historical and legal precedent, it made plenty of sense for prosecutors not to seek a life sentence for Pollard.

As historian Gil Troy documented a few years ago, “Spies for other allies, like Saudi Arabia, South Africa, Egypt and the Philippines, served anywhere from two to four years, with maximum sentences of 10 years.”

Even two American traitors who spied for the Soviet enemy during the Cold War, Sgt. Clayton Lonetree and FBI agent Richard Miller, served sentences of nine years and 13 years, respectively.

The well-known story that former Defense Secretary Caspar Weinberger had it in for Pollard and pushed for a life sentence with the sentencing judge may explain the government’s betrayal, but it hardly justifies it.

So, given that Pollard is now serving his 29th year behind bars, it’s not paranoid for Troy to wonder: “Pollard’s extreme sentence – along with the continuing refusal to free him – has raised questions about official American anti-Semitism and whether Pollard is enduring harsher punishment for the crime of being an American Jew spying for Israel.”

Despite all this evidence of discrimination and unfairness, the mainstream Jewish community has generally been reluctant to dirty its hands with this case. If anything, it has gone out of its way not to defend Pollard, lest it be accused of dual loyalty.

But what so many in our community have missed is that even more than anti-Semitism, the Pollard case is one of anti-Americanism.

Pollard should have been released years ago because discrimination and unfairness are anti-American ideas.

As Judge Stephen Williams wrote in one of Pollard’s failed appeals, the government’s treatment of Pollard is “a fundamental miscarriage of justice.”

The Pollard affair is no longer about the darkness of his crime – it’s about the violation of his rights.

It’s no coincidence that prominent non-Jews, including former Secretary of State George Shulz and former CIA Director James Woolsey, as well as political leaders from both parties, have been lobbying for his release.

They’re not lobbying because Pollard is a hero. He’s not. He’s a criminal. But in America, even criminals have rights, and those rights can get violated.

The Pollard affair is no longer about the darkness of his crime – it’s about the violation of his rights.

Jews must have enough faith in the American system to advocate for Pollard’s rights without feeling the paranoia of dual loyalty.

Those who are finally lobbying for his release on the basis of compassion – focusing on his worsening health – are not doing him any favors. This case doesn’t revolve around compassion; it revolves around justice run amok. As Troy writes, “Justice when applied too zealously becomes unjust.”

The very greatness of this country is that it puts values ahead of men. The values of fairness and justice for Jonathan Pollard are a lot more important than who he is – even if you think he’s a shameful Jew.

This op-ed originally appeared in the Jewish Journal

Selma and the Jews