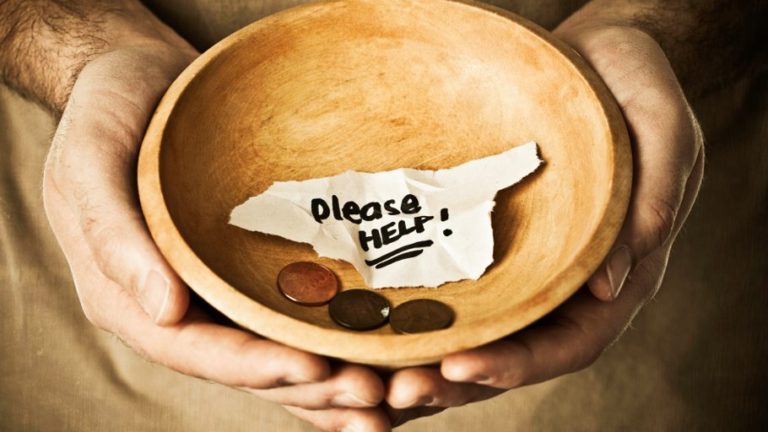 Religious faith and institutions are the strongest drivers of philanthropic works in US society.

Religion in the United States in a slump. Since 1990, the share of Americans who reject any religious affiliation has climbed sharply, from 8 percent to more than 22 percent. Among younger Americans, the trend is especially pronounced. According to the Public Religion Research Institute, 38 percent of Americans under 30 describe themselves as having no religious identity.

If present trends continue, these "nones" will outnumber Catholics by 2020, and will be more numerous than Protestants by 2035.

Of course, present trends may not continue. There have been at least three "Great Awakenings" – periods of dramatic religious revival – in American history. Maybe another such awakening will materialize down the road. For now, however, there is no doubt that the United States is becoming less religious. As the Pew Research Center has documented, fewer Americans believe in God, pray regularly, or consider religion very important in their lives.

Many Americans aren't just turning from religion, but against religion. In 2016, Pew found that only 58 percent of US adults believed that "churches, synagogues, and other houses of worship" contribute at least in part to solving important social problems. Fully 39 percent said that they contribute little or nothing to alleviating social ills. Other surveys have found that Americans are evenly split on whether religion is part of the solution to what ails America – or part of the problem.

This shift in attitude should worry all Americans, believers and nonbelievers alike. Because religious faith and institutions, whatever else might be said about them, are the strongest drivers of philanthropic works in US society. If religion in this country is going down, charitable giving and volunteering are likely to go down too.

"Religious practice links us in webs of mutual knowledge, responsibility, and support like no other influence," writes Karl Zinsmeister in the current issue of the journal Philanthropy. Zinsmeister, the editor of the Almanac of American Philanthropy, notes that numerous studies have confirmed that "religious practice is the behavioral variable with the strongest and most consistent association with generous giving." Researchers at Indiana University's Lilly School of Philanthropy reported in October that the average annual contribution of religiously unaffiliated households is $695, less than half the $1,590 given by the average household with a religious affiliation. Regular churchgoers are also much more likely to do donate their time: According to Pew, 45 percent of them had done volunteer work within the past seven days. The comparable figure for all other Americans was 27 percent.

"The capacity of religion to motivate pro-social behavior goes way beyond volunteering," Zinsmeister observes. "Religious people are more involved in community groups [and] have stronger links with their neighbors." They are more likely to adopt children, to resettle refugees, to rehabilitate prisoners, and to help the homeless.

They're also concerned with helping the needy far away. Religious-affiliated humanitarian organizations, such as World Vision, the Catholic Medical Mission Board, and the American Jewish World Service, collectively distribute tens of billions of dollars annually to relieve poverty, disease, and suffering in the developing world. Private giving to assist the overseas poor now totals $44 billion per year – far outstripping the $33 billion in humanitarian aid provided by the US government.

All of which indicates why a decline in religious ties is ominous for reasons having nothing to do with theology.

America has always been extraordinarily charitable. Aleksandr Solzhenitsyn described the United States as "the most magnanimous, the most generous country in the world." But that generosity has been disproportionately linked to faith. As faith shrinks, charity – and the good works charity sustains – will take a hit.

Already there are signs that this is happening. Between 2000 and 2014, Nonprofit Quarterly recently documented, the share of households donating to charity fell from 66 percent to 55.5 percent. Volunteering is down, too. In 2015, according to the University of Maryland's Do Good Institute, the proportion of Americans doing volunteer work dropped to 24.9 percent – a 15-year low. So far the raw total of dollars donated remains at record levels, but that is because wealthy donors are giving more.

To be sure, charitable giving is not the only means of doing good in the world. Religious faith is not the only way to imbue existence with meaning. But both have been singularly characteristic of the American way of life – and closely connected to each other. Less religion in the nation's future may not trouble many Americans. But how many of us want to live in a less generous America?

This op-ed originally appeared in The Boston Globe.

Condemning the Terrorists
Vayelech 5783: Regret and Repent
Rabbi Sacks: Focus On the Important, Not the Urgent
Put Your Foot Down: Are Human Feet Poorly Designed?
Comments
MOST POPULAR IN Current Issues
Our privacy policy
Aish.com Is Looking for Great Writers