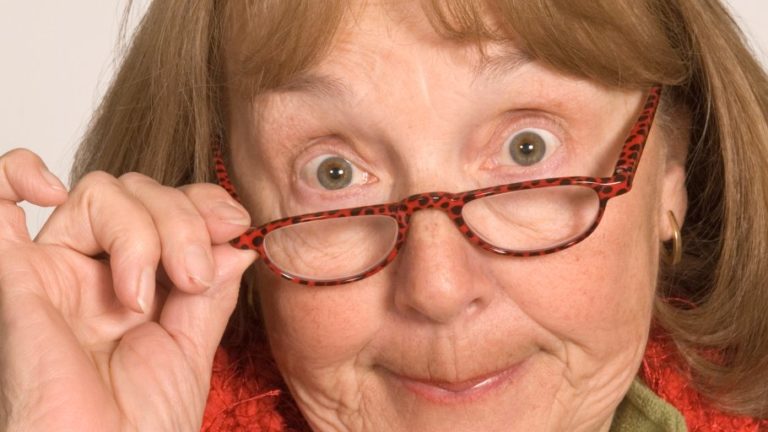 If Jewish mothers were in charge of counter terrorism.

International terrorism is serious business. It involves developing a “narrative,” a plan, finding them, holding them after we found them, and punishing them – without blowing up places like Canada.

But our experts seem to be mired in a policy talking quagmire. Listen … and this is excerpted from the United Nations global counter terrorism plan:

We resolve: To consistently condemn terrorism committed by whomever, wherever and for whatever. In particular: To consider becoming parties to international conventions against terrorism. To cooperate with the counter-terrorism subsidiary bodies. To encourage other international, regional and sub-regional organizations to support the implementation of the Strategy and further encourage non-governmental organizations to engage, as appropriate, on how to enhance efforts to implement the Strategy. (To clarify: [The U.N.] adopts the present resolution and its annex as ["the Strategy"]).

The only thing I didn’t actually find was “The Strategy”!

Could it be we have the wrong people involved here? Perhaps we should consult with the real strategists: Jewish mothers. Take a look at this joke for example:

A class of forest rangers was graduating. The teacher said: “Never forget! In your survival kit, always keep matzo ball mix. If you’re ever lost in say, the Flooded Rainforest of Dubai, take out the mix and start making them.” The class of “Svens” looked confused and asked why. The teacher explained. “In a half hour 18 Jewish mothers will show up and say: “You think that’s the way to make a matzo ball?!”

Even a Sven knew. If you want something done, get a Jewish mother who will then form a committee which will then come up with a real strategy, a vote will be taken, and once the cookies are gone, they’ll strap on their combat sandals, and make their move.

*A GUT FEELING. We now know there is such a thing as “intuition.” It’s in the front part of the brain. For you purists, it can be found in the ventromedial prefrontal cortex. In the Jewish mother, however, through our special DNA, it’s located in the kishkes (the guts). For over 4,000 years, Jewish mothers have had a telepathic connection called umbilicavayance.

Nitzevet turns to her husband and says: “Jesse, check on David, I have a bad feeling.”

When Jesse returns with the news David’s not resting on his straw, Nitzevet screams: “Oy, Vey. He’s with that monster … that seven foot Philistine, Goliath.”

A disbelieving Jesse asks: “And you know this because?”

“A mother knows – but wait! The good news is he’ll no longer be only my Prince … a King he’ll be.”

Jesse rolls over. “And for this I shlepped sheep to pay for lyre lessons?”

And such is umbilicavayance … the unique ability to … “know.”

*HER NOSE KNOWS. Most Jewish mothers can “smell” something that doesn’t belong, for example, a trace of Treif steam at a kosher buffet, the very minute the milk “turns” despite expiration dates, a person who hasn’t changed underwear since the day before. Unlike the suits in glasses who are noseblind, with this superior ability, Jewish women are nasal hunters and gatherers. Ten years it took the suits to find Bin Laden. Twelve JAMs would’ve found the terrorist one, two three. Their strategy? Listen:

RUTH: “You too? What is that here in Pakistan?”

SYLVIA: “That’s it! So what is kosher Nesquik doing in Abbottābad?!”

SHEVA: “What else? The “you-know-what” has a thing for Nesquik. Ladies, we got him! In a half hour he’ll be a frozen veal chop!”

*”THE STRATEGY” FOR QUESTIONING: OG (OVERLOAD AND GUILTIFICATION)

Once a terrorist is caught, instead of Guantanamo, the questioning would take place in a locked kitchen with the suspect surrounded by a cadre of JMAs. The method? “OG” (Overload and Guiltification) Two agents, a Menschy Mom (MM) and a Vilde Chaya Mom (VCM) -- the original good cop bad cop -- would work together as a team.

Menschy Mom: So Ahmedkritjzy. You can’t talk on curry or shashlik alone. Take a napkin. Wait … I’ll get you six plates. It’s no trouble … and it’s all kosher. I made you chopped liver, a whole brisket, three sides, a thermos of Nesquik, some strudel – and a plate of black and white cookies. No eating with fingers or talking with your mouthful. Leave no leftovers after I almost blacked out making a meal fit for a 10 cells.

Vilde Chaya Mom: Very nice! Instead of a belt you wear an incendiary device around you?! How would your mama feel if you went BOOM?! And bring with you a city yet?! ( … ) What do you mean they’d be proud? You’d reach nirvana or whatever! What do you know about how a mother feels? You should be ashamed! You didn’t know better?! Tell me, Ahmedkritjzy, if your friend jumped off the Bosphorus Bridge, WOULD YOU?

Vilde Chaya Mom: You either open up and talk -- we want coordinates of the core group of your cell, with your contact ring and ideological hierarchy -- or you’ll eat enough tsimmis to blanket Turkey – the country! And more, we’ll tell your mama about what you did in downtown Las Vegas!!

With her ability to be determined, pointed, smart, and unstoppable, the JMA’s will get the guilty terrorists to confess and spill all in 48 hours.

A bus with 30 Jewish mothers turned over and they were dispatched to heaven. Unfortunately the computers were down, so God had to ask Satan to provide temporary housing. Soon after, God received an urgent telephone call from Satan telling Him to take the women off his hands.

Satan replied, “Those Jewish mothers are ruining my whole set-up. Only two hours and already they raised $100,000 for an air conditioning system!”

I’m Sorry for My Selichot

Money Talks
Were Adam and Eve Jewish?
How I Learned to Love the Multiverse
10 Big Jewish Inventions
Comments