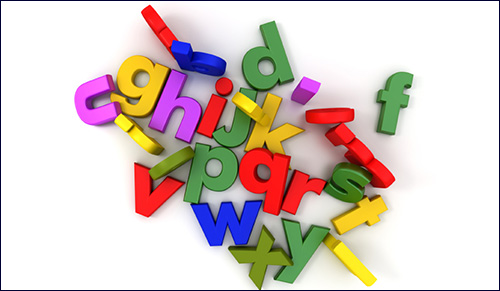 Some of the expressions we use sound like they were coined by someone who doesn’t actually speak English.

What kind of sicko is out there skinning cats??

A. raise too many questions. For example, I brought up the phrase, “There’s more than one way to skin a cat”, and wondered what kind of sicko is out there not only skinning cats, but coming up with new ways to do so and sharing them in polite conversation.

B. don’t really mean anything. An example of such an expression would be, “It is what it is”, which is a nice way of saying, “I’m sorry, I tuned out like ten minutes ago.”

So I asked people to send in some expressions that irked them, and I received an overwhelming amount of responses. Apparently, you can’t swing a dead cat without bumping into an expression that people cannot stand hearing.

But it turns out I don’t always agree with everyone’s opinion about these things. For example, take T.K. of Brooklyn, who has a major issue with the idiom, “I’m not gonna lie to you.” She’s all for the not lying, but she says, “People say, “I’m not going to lie to you – I really don’t like this coleslaw.” Why on earth would anyone say this? Doesn’t it negate anything they ever said in their whole entire lives before now?”

But while I do agree that it’s annoying, I understand why people say it in this particular example: They really don’t like your coleslaw. They figure they can be nice and say they like it, and then every time they come over, you’re going to make the same coleslaw. They don’t want to stop coming over altogether. So instead, they’re just going to come straight out and tell you they don’t like it. They’re hoping that instead of getting insulted, you’re going to say, “Well, at least she didn’t lie.”

Another expression that irks some people is “Believe you me”. You know how sometimes you hear an expression, and you’re pretty sure it was coined by someone who didn’t actually speak English?

What are you supposed to respond to that?

And how about the phrase, “between a rock and a hard place”? I feel like someone was writing that expression behind deadline, and he got called away. He’d already topped himself with “rock”, and he couldn’t think of a second hard thing to finish with. (“Between a rock and a diamond? No, that sounds like a good thing. Between two rocks? Oh look, it’s time for my meeting!”)

If you’re stuck between a rock and a hard place, then aren’t you in the hard place?

Either way, it’s not the end of the world.

It’s kind of a big jump though, isn’t it? Believe you me, if it was the end of the world, I’d be panicking a lot harder. It’s not a very helpful expression. Like if you’re hosting a shower, and your wife tells you that you got 50 positive RSVPs, and your living room can fit, at most, 40 people if you count laps, and you say, “It’s not the end of the world,” you might think you’re telling her that things could be worse, but if it actually were the end of the world, I don’t think those ten extra people would be standing around going, “We don’t have seats. Where do we sit?”

So before you say something like that, take a moment and put yourself in the other person’s shoes.

C.C. wrote in as well: “The past few years,” she says, “When you ask someone if they want a drink, instead of saying, “No thank you”, they respond with, “No, I’m good.” This has nothing to do with the question. I didn’t ask them to describe their behavior in general; I asked them if they’re thirsty. If they really do want a drink, would they say, “Yeah, actually, I’m bad”?”

To that I say, “I don’t know.” I usually say, “I’m good,” even if I actually am thirsty. I guess what I probably mean is, “Even though I want a drink, I’m a good person, and I therefore don’t want to bother you.” Not that I ever thought about it. Maybe people think I’m saying, “I’m too good for your drink.” That would certainly give me a taste of my own medicine.

That’s another one. Aren’t you supposed to taste your own medicine? It’s your medicine, right? The pharmacist went to the trouble of typing your name on the bottle, on that little sticker, which I’m sure gets stuck in the printer more often than not.

I actually have this fight with my kids all the time:

“I don’t wanna taste my own medicine!”

Meanwhile, my one-year-old is bringing me his sippy cup because he wants some too.

Meanwhile, Anonymous (one of our Greek readers, apparently,) says the following:

“Thank you for the humor that you share with us. Whenever my husband hears me laughing while I’m reading, he assumes I’m reading your column, and he’s usually right.”

(EDITOR’S NOTE: “He’s usually right just about this,” I bet she means. But now we know why she chose to remain anonymous.)

Anyway, she continues: “Our contribution to your request for expressions is, “I’m going to give you a piece of my mind.” I wish you wouldn’t.”

“How much would that leave you with? I’m not great with fractions.”

Finally, M.D. writes, “I’m sitting on a plane, waiting for takeoff. The passenger next to me is talking on her phone, and has just said, “Can I have your thoughts?” I’m thinking that perhaps she has none of her own.”

“Whoa, I just wanted some thoughts. I didn’t need a whole piece of your mind.”

Anyway, my thoughts are that the reason they haven’t taken off yet is that the pilot is waiting for everyone to stop playing around with their phones.

Also, several people wrote me to complain about the word “totally”, as in “Mrs. P. totally gives us too much homework. It’s totally not fair.”

Do you have any words or expressions that bother you? You should totally write in. But if you don’t, then whatever. It is what it is. It’s not the end of the world.

Just the end of the article.

The Yiddish Curse
Scientific Curiosity and the Divine Encounter
Mind Over Milkshakes
Love the Convert
Comments
MOST POPULAR IN Jewlarious
Our privacy policy
Aish.com Is Looking for Great Writers