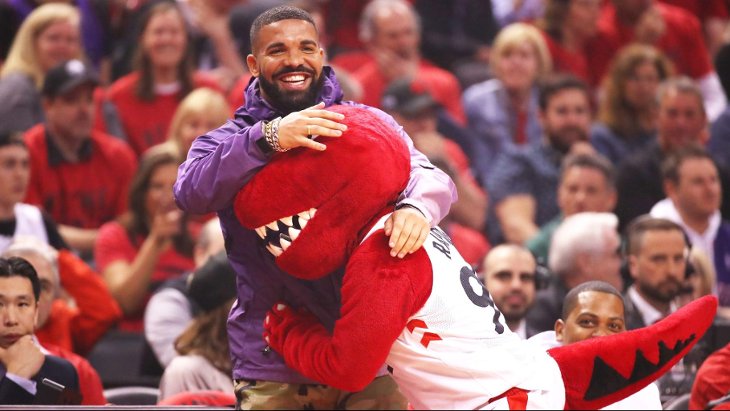 The weak can defeat the mighty.

In the grand scheme of things, how important are professional sports in our daily lives. If we are honest with ourselves, the answer is probably: not very important. Yet hundreds of millions of people around the world follow professional sports closely and root for their teams, often with intense fervor. But as the sages say in Pirkei Avot: Who is Wise? The person who learns from everyone. With that in mind, here are 7 Jewish lessons that can be learned from the victory of the Toronto Raptors over the Golden State Warriors in the NBA championship.

The weak can defeat the mighty

Jews like a good underdog. After all, aren’t we all underdogs? We represent less than a fraction of a percent of the world population yet we are overrepresented in so many fields of achievement. Israel itself, surrounded on all sides by enemies is that scrappy and remarkably successful country. And if we go back, the holiday of Chanukah was about the small Jewish army defeating the mighty Greeks.

How many Jewish players are there in the NBA? Um…Omri Caspi, but he got cut…who else we got? The Meiselman kid in shul is pretty tall… so ya, not many. How many NBA owners are Jewish? According to the Forward, almost half. Yes you read that correctly, half! Jews make up approximately 1.4% of the population of the United States so if they represent half of NBA owners they are overrepresented by a factor of one gadrillion. Yes that is the mathematical term. So little Moishie, if you love basketball do yourself a favor and get off the court, go to business school, start a hedge fund and one day you can buy the Los Angeles Clippers for 2 billion dollars.

Larry Tanenbaum is the Chairman of Maple Leaf Sports Entertainment and owner of the Toronto Raptors. When he got his turn to hoist the Larry O’Brien championship trophy, he picked it up and yelled out “Hagbah!” referring to the ritual of lifting the Torah in shul. Not sure if Kahwi Leonard got that reference. You can check it out for yourselves at the 0:48 second mark here. You can take the NBA owner out of shul, but you can’t take shul out of the NBA owner.

The Raptors could be Israel bound

The victors of the Super Bowl famously say, “I’m going to Disneyland.” But the victors of this year’s NBA championship may be saying “I’m going to the Promised Land.” According to the Times of Israel, on a recent trip to Israel, Larry Tanenbaum, after an incredible hagbah in shul, told multiple people that if the Raptors won the NBA championship then he would take the entire team to Israel. Who needs the Iron Dome to defend the country when you have defensive players of the year Marc Gasol and Kahwi Leonard?

Nav Bhatia has been designated the Raptors “superfan” because he has never missed a Raptors home game in 24 years which is apparently a Guinness world record. He has become the face of the fan base despite the fact that he has never trimmed his beard and always wears a head covering. No, he’s not a chassid – but a devout Sikh who is proud of his faith and has been accepted by Raptor fans as their ambassador. Shouldn’t this be a lesson for us Jews to be proud of our heritage as well? If Nav can do it, we too can walk tall wearing that kippah, magen david necklace, or Jerry Seinfeld T-shirt that says, “What’s the deal with T-shirts.”

Another famous Raptor fan with a beard happens to be Jewish

Speaking of ambassadors, the best known Raptor fan may be hip hop artist Aubrey Graham, otherwise known as “Drake.” Drake’s fan fanaticism was taken to a new level celebrating every Raptor basket courtside, trash talking opposing players and even giving Raptor coach Nick Nurse a neck rub on the sidelines. So what’s Jewish about this? Drake himself of course. Drake’s father Dennis is African American and his mother Sandi is Jewish. Drake attended a Jewish day school and had a bar mitzvah, an experience he famously parodied on Saturday Night Live. Drake also has a net worth of $150 million and in 2013 told Forbes, ““Every year, we just want to get more prepared and better at touring and better at things that make money.” Yup, he’s definitely one of ours folks. And what’s the Jewish lesson here? That Jews don’t all look alike – we come in all colors and varieties. Black, white, Canadian, Americans, hip hop artists who moonlights as masseuses…

What we need more of is unity

Somehow, a group of guys who try to put a basketball into a net united a city and a country. The Raptors victory parade brought out more than 2 million people to the city of Toronto to celebrate. Politicians of different parties came together as did people from a wide variety of ethnic backgrounds. If a nation like Canada can come together over a basketball victory, shouldn’t the Jewish people be able to come together? We can do it without a major sporting event, can’t we? Don’t make us start an Israeli national matkot championship.

Why is This Passover More Anxiety-Ridden Than All Other Passovers?
The Softball Player
How This 6 Generation Bread Baker Brought Back Israel’s Ancient Grains
Olivia Newton John’s Grandfather was a Nobel-Prize Winning Jewish Physicist
Comments
MOST POPULAR IN Jewlarious
Our privacy policy
Aish.com Is Looking for Great Writers