Lessons from the NBA’s Historic MVP 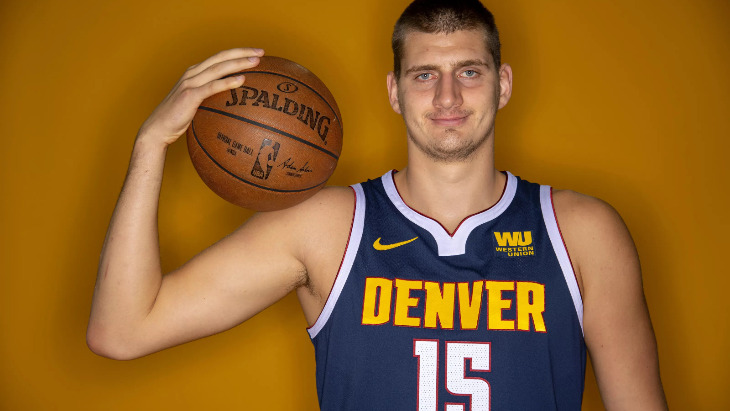 Nikola Jokic became the lowest draft pick to ever win the NBA MVP award. But it’s his exemplary character that distinguishes him most.

History was made last week when Nikola Jokic (of the Denver Nuggets) became the lowest draft pick to ever win the NBA MVP award.

Consider: more than 60% of all MVP winners were among the top five picks in the NBA draft. Not even one was ever in the second half of the first round (picks 16-30). Jokic, however, was picked in the middle of the second round, at #41.

This is a basketball rags-to-riches story. But despite being crowned the best player in the entire league, perhaps it is his exemplary character that distinguishes him most. Here are five character traits we can all learn from Jokic.

In a sports world consumed by ego, Jokic’s humility is becoming legendary. After receiving the news, he immediately turned to his team: "Look guys, this is not my award. I mean, yeah, it's an individual award of course but I couldn't have done it without you guys. I guess it’s my trophy or whatever, but you guys are a big part of it, so thank you everyone. Thank you."

When asked what the MVP means to him, his response was, "It doesn't affect me that much, to be honest. When I see the list, of course there's great names. I never thought I would be on the list. It's a surprise.”

These are rare words from an MVP winner immersed in a world where attention is craved and ego reigns. Jokic exemplifies the Talmudic statement, “One who flees from honor, honor will catch up to him” (Eruvin 13b).

The Nuggets’ strength coach, Felipe Eichenberger, once said, “If he tells you ‘I’m gonna do something’ with that determined look, he will.” Jokic religiously follows Eichenberger’s diet recommendations. Even when the rest of the team indulges in Southern-fried food after a win in Memphis, Jokic sticks with his regular postgame meal: chicken and rice.

Jokic had an insane Coca-Cola habit – a gallon per day! – but once he resolved to stop, he stopped. He hasn’t touched soda in five years.

Despite being the team’s best player, with no need to prove himself anymore, he’s consistently the first one into the gym and the last one out.

There’s a good reason why his nickname is "Joker." A few years back, his coach Michael Malone described him as, "just a big, goofy kid." Watch his post-game press conferences and he's constantly cracking jokes, many of them of the self-deprecating variety.

Jokic uses humor in a positive way, to poke fun at insanity and restore equilibrium. Basketball is his priority, but he makes light of it at times because it’s not “his everything”. He often references the numerous other blessings in his life, the most frequently mentioned one being his family.

Losses and failures don't define him. He knows that the best response to failure is channeling his talents towards success the next time out. To borrow from Proverbs 24:16, “Seven times a righteous one may fall, but he picks himself up.” In our personal endeavors as well, we’d do well to adopt Jokic’s easygoing approach to failure.

4. Living in the moment

When asked a few months back about being an emerging MVP candidate, he demurred. "I never think about that," he said. " I’m just thinking about the next game. I think that’s what the mentality needs to be....when you think in the future, I think you put a lot of pressure on yourself."

Being selfless shares some common roots with humility, but is distinct from it. No further evidence is needed for Jokic’s selflessness than one statistic: 8.3 assists per game, the second-highest average for an NBA center in history. Jokic's selflessness is on full display each time this 7-foot giant passes the ball despite having a great opportunity to shoot it himself. Watching highlights of his passing is a jaw-dropping exercise that leaves you speechless1. He simply doesn't pass like most players; he actively looks for any opportunity, however outlandish it might seem, to give his teammates a good look at the basket.

In his coach's words, "Nikola is all about the team. I really think he gets greater enjoyment out of making everyone around him better. He's not about the spotlight, he doesn't have an ego."

Rabbi Chaim Goldberg is a graduate student at Hebrew University studying child clinical/educational psychology and serves as Av Bayit for the YU/Bar Ilan Summer Research program. Besides aish.com, he has written for Jewish Action, Intermountain Jewish News, and Jewish Press. He lives in Har Nof, Jerusalem with his wife and children.

Going for Gold
Scientific Curiosity and the Divine Encounter
Mind Over Milkshakes
Love the Convert
Comments
MOST POPULAR IN Current Issues
Our privacy policy
Aish.com Is Looking for Great Writers