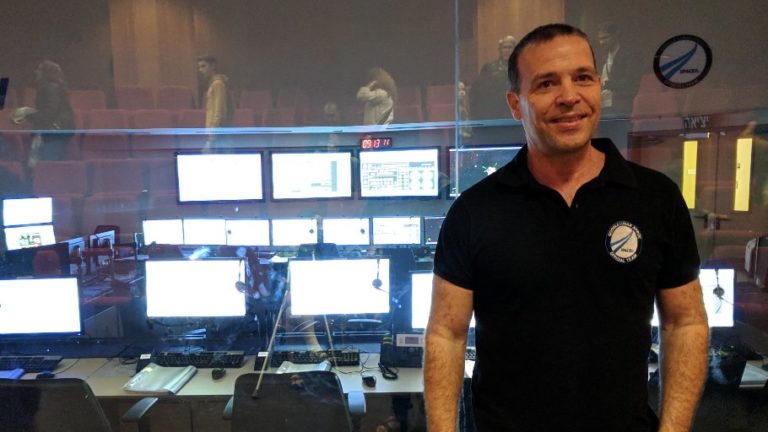 "Extreme excitement combined with fear and with hope," these are the emotions of Israeli aerospace engineer Asaf Lewin ahead of the historic Space IL moon landing set to take place in less than two weeks’ time. On April 4, Beresheet, the world’s first privately owner lunar lander, will enter the moon’s orbit preparing for a touchdown a week later on April 11.

There has been a buzz of interest and anticipation for those following the progress of this tiny spacecraft emblazoned with an Israel flag and the words ’Am Yisrael Chai’ (The Jewish People Lives), since its launch from Cape Canaveral on February 22. But for Lewin and his team members steering Beresheet through space, the cocktail of excitement, trepidation and national pride are pretty immense.

The 53-year-old aerospace engineer from Ramat Hasharon spoke exclusively to Aish.com to give us a window into the Space IL mission, which he says is brimming with Jewish pride and has fulfilled his own starry-eyed boyhood dreams.

Asaf was a 5 year old boy in 1971 when his father, an engineer at the Israeli defense company Rafael, was sent to study aeronautics at Stanford University. Growing up in the US, he caught up in the excitement of the space race and a string of NASA’s successful Apollo moon landings. 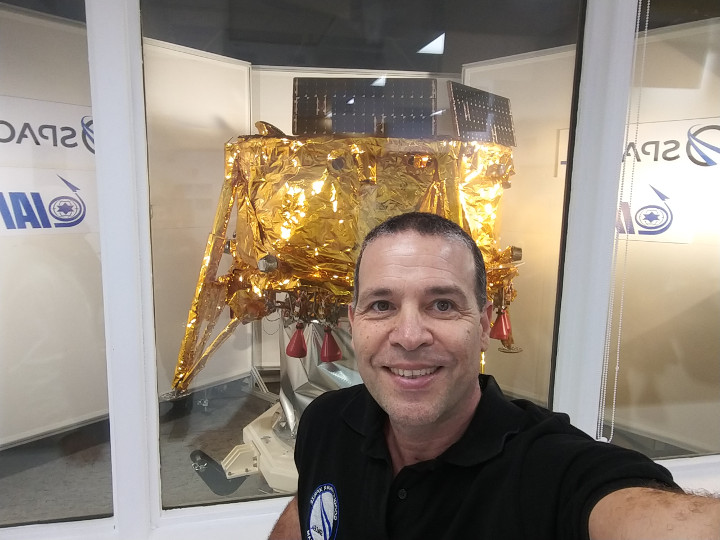 "I remember myself as a child at school," Asaf told Aish.com, "with dozens of other kids crowded around a black and white TV, watching the first moonwalks. It was then I decided I wanted to be an astronaut."

Back with his family in Israel, he asked for a telescope for his bar mitzvah and began watching the stars more closely and at age 18 he began his military service with the Israeli Air Force. Following in his father's footsteps he completed a degree in aeronautical engineering before joining the team developing avionics software for Israel's new F 16 fighter jets for which he was awarded the Air Force Award of Excellence. "Back then in the 80s there was no space industry in Israel," he says. “The air force was the closest I could get!” 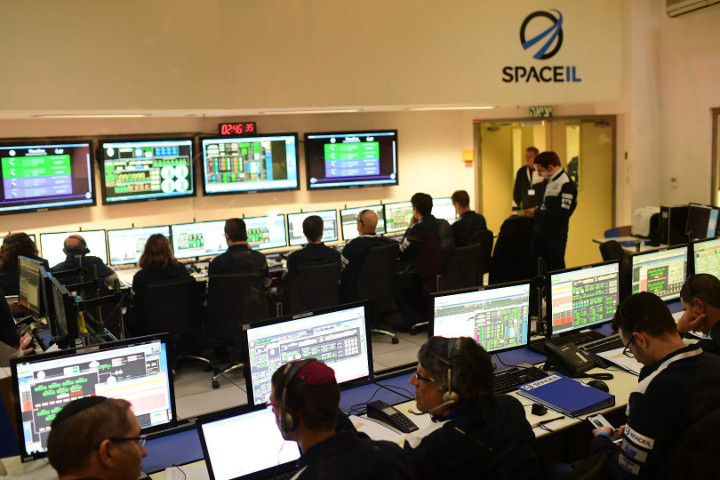 Seven years of military service and three startups later, Asaf’s dream of reaching space still burned strong when his former air force commander called him about an organization called Space IL attempting a lunar landing, looking for an engineer to develop its software. Within a week, he was working as head of software and simulation for Israel's first private space enterprise.

"It came completely out of the blue,” he laughs, still in disbelief. "From nowhere I got this incredible gift to be sending a spacecraft to the moon. It was literally a dream come true.”

“The Chinese were the last nation to land on the moon and it cost them $1.2b,” Asaf explains. "Space technology is hugely expensive. This is the first, private interplanetary mission, and to have reduced the cost by 90% is phenomenal."

No place for error

"When you produce a car," Asaf explains, "you build it, test it on the roads and then sell it, but you can't do that in space. There is no test run, especially on a shoestring budget. Instead you have to build a highly accurate simulation for the spacecraft and its software." He adds, “We all understand that a single wrong command could jeopardize the entire mission and wipe out $100m and eight years' work.”

This became Asaf’s major mission and labor of love over the last eight years, to design a hybrid lab and simulator and then test every possible malfunction that could take place.

“Every action has to be planned and verified in the simulator," he says, "Then we review and talk it over and decide to give the go or no go.” He adds, “The process has required the whole team to work together very closely. We’ve put our egos aside, we listen to each other and have always kept things very open for criticism.”

In the initial days following the successful launch five weeks ago, Asaf recalls the team barely slept. "There was a lot of coffee going around," he says. "We had mattresses all over the floor of our meeting room as we had to be constantly on hand to understand how to overcome any problems we were seeing." After a week things calmed to a more regular schedule, but Beresheet’s 6.5 million kilometer journey to the moon has not been without drama.

“There have been some really terrifying moments,” Asaf says, "such as waiting for the initial communication signal from the spacecraft after the launch, and making our first use of the spacecraft's engines and not knowing if it would explode or not." 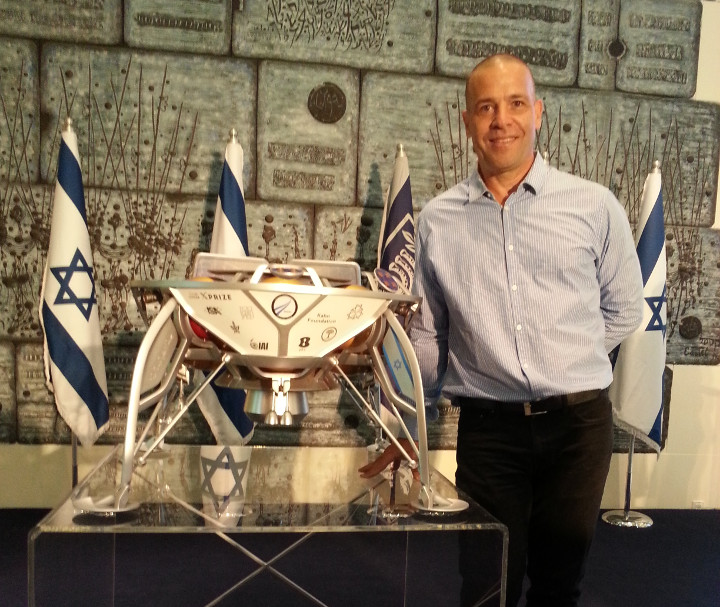 Asaf with a model of Beresheet

Luckily it didn't, however trouble did hit Space IL's mission control center when Beresheet’s star tracker – which helps navigate the spacecraft by measuring distances from the stars – became blinded by the sun.

"That definitely caught us by surprise," Asaf says. "It’s like many things in life, we just had to accept it and move forward. Once we learned how to operate the spacecraft without the tracker, we've been fine.”

‘Tzedaka and Tehilim before each maneuver’

Despite all of his efforts to plan and prepare for every eventuality, Asaf says there's still only so much engineers can do and that the team has also left room for some divine assistance. The control center is led by an Orthodox Jew named Alex Freedman, who has a tzedaka (charity) box at his workstation, and a chapter of Psalms permanently fixed to his desk. "Before he makes any maneuver," Asaf says, "he reads the chapter of Psalms and places a coin in the tzedaka box. This is how we see our mission, you can do everything in your control and then you ask for some extra assistance." 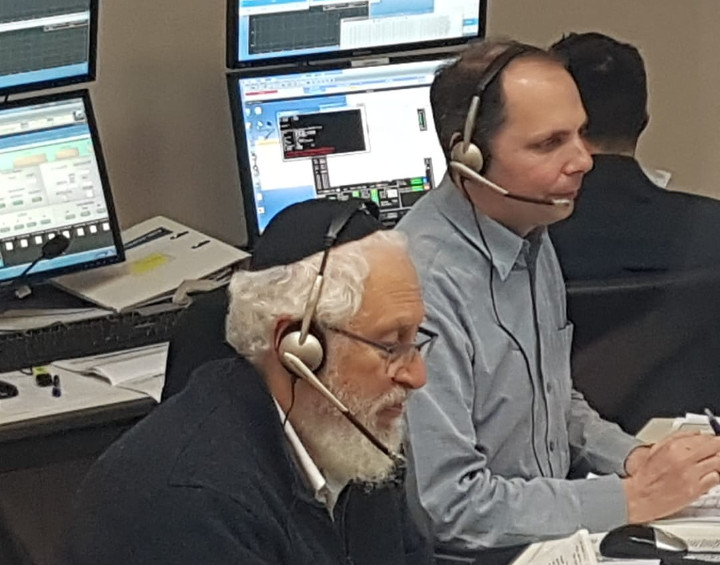 Since the launch, the Space IL command center, based in Holon, has had its fair share of high profile visitors, including Prime Minister Benjamin Netanyahu and his family and regular visits from Buzz Aldrin, the second person to step onto the moon, who is a friend of Morris Kahn, the South African born philanthropist and president of Space IL.

"It has been amazing seeing Buzz Aldrin around the control center,” Asaf says. “He was a childhood hero for many of us.”

Asaf is more keen on stressing the impact this project has had on young Israelis. “We've been inundated with pictures and messages from all over the country. Do you know how many kids dressed up as astronauts this Purim? It's impossible to buy space toys in Israel, they've all been sold out!"

"At heart, we are all dreamers, and we want to inspire our children about three young Israelis who founded this project who decided to try and achieve something that seemed impossible." He adds, "There is a plaque on the side of the spacecraft with the Israeli flag and the words, ‘Small country big dreams.' We want to inspire the next generation to do something great in their lives."

The Jewish People is Eternal

"I have three grown up kids now all serving in the army and they are really proud and excited," Asaf says, although his father and inspiration, passed away several years ago. He had become one of Israel's most sought after aeronautical engineers.

"He loved space," Asaf says, "and I’m sure he is watching all of this and is very proud." His grandfather who moved to Israel from Poland over 70 years ago was the sole survivor of a large family murdered by the Nazis in the Holocaust.

In a tribute to his own relatives he requested that a picture of his grandfather's family be included in the gold plated digital time capsule which was placed inside Beresheet and also contains hundreds of files including Israel's declaration of independence, national anthem, artwork from Holocaust victims, and a record of Israel’s achievements across the arts, culture, technology and science. 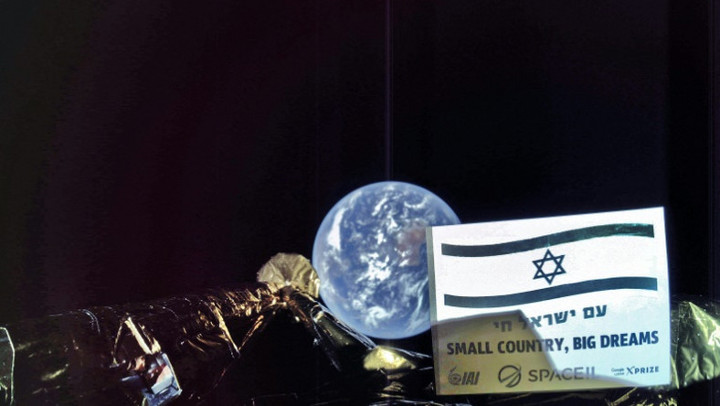 A selfie with Planet Earth

"I feel that I am doing something in honor of my family," Asaf says. "It is for my grandfather and all that he lost, and also my father who achieved so much as an engineer for Israel." The capsule he says, will last at least 1000 years on the moon, adding, "The message I live with is that the Jewish people is eternal."

Asaf says the Space IL mission should send out a clear message to Jews all over the world. "The message the spacecraft carries is that the Jewish People is eternal. No one is going to take us off the map. This is also a project that I hope will raise the pride of every Jew around the world, pride for being a part of a very special people who are capable of doing things in such an innovative way for the benefit of mankind."

The Doctor’s Diary: The Ultimate Engineer

Should We Tell Grandpa?
It Takes A Lot Of Faith To Be An Atheist
How Instagram Brought Back This Nostalgic Soup
What Makes Eli Run?
Comments
MOST POPULAR IN Current Issues
Our privacy policy