Jewish on the Outside 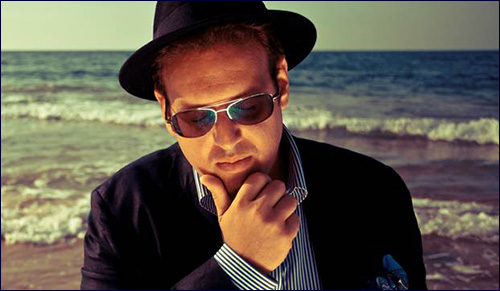 Eli Schwebel had a problem.

And not just any music. Jewish music. It’s the lifeblood of the Schwebel family. His grandfather was a chazan, from the old guard of Jewish liturgical singers. And his father – Rivie Schwebel, with his group Dveykus – ushered in the modern era of Jewish music.

Eli sings. His brothers sing. And the biggest singers in the Jewish world – Abie Rotenberg, Mordechai Ben David, Yossi Green, Avraham Fried – were friends with his dad. They were in and out of the house all the time.

Eli learned from the best.

Eli went to Israel after high school. Many of his friends did as well. They went to different yeshivas in Jerusalem. But they got together. A lot. And – wouldn’t you know it? – his friends sang, too.

And they were good at it. 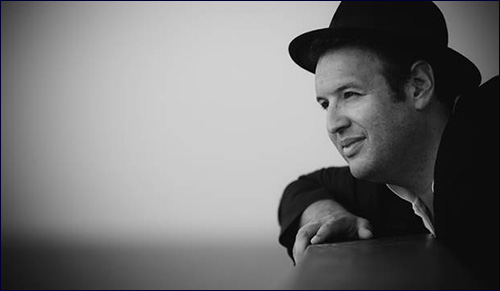 They got together and sang almost every Shabbos. They were in demand. Prominent families wanted them at their Shabbos tables. The harmonies were incredible. And Eli and his friends had their pick.

They booked studio time and recorded their first album. They did it a cappella. No band. No instruments. Nothing. Just voices. And although Jewish a cappella is common today, it was radical at the time.

And it was a hit. They called their group Lev Tahor. Their debut sold 40,000 units. It’s still selling. And it started a trend. If you are religious, and it is the Omer or the Three Weeks, you cannot avoid hearing an onslaught of Jewish a cappella. It’s their fault.

Lev Tahor was a big deal.

He has a great head for business, too. Eli knows how to put deals together. He buys and sells companies. He deals in private equity and real estate. He is a mover. He is a shaker. And he is comfortable in a suit and tie.

Eli was an unaffiliated, disconnected, uninspired Jew. Except that he was Orthodox.

After yeshiva – and in addition to performing all the time – Eli made deals and made money. He worked and traveled a lot.

In 2007, Eli went to Israel to sing at a Bar Mitzvah. It was a paying gig. But the gig was just a sideshow. Eli was working on a business deal. A big one. Huge. He was buying a company. And if the deal went through – as it was about to do – Eli was going to move to Georgia, manage the new business, and make a lot of money.

And that was great. Except that Eli had a problem.

Jewish on the Outside

Eli needed to figure things out. The whirlwind of business and singing and travel were getting to him. What was he doing? What was he doing this for? And why did he feel so disconnected to, um, everything?

He needed to think about it.

He didn’t want to make the business deal. Not really. But the deal wasn’t his problem.

He loved music. He loved singing. But his music was “Jewish music” by default. He was a product of his environment. Except for Billy Joel, Elton John, and Peter Cetera (not exactly the paragons of radical chic) he didn’t know much else. He wasn’t about to rap or join a Kiss tribute band. But that wasn’t his problem either. Not really.

Eli didn’t know who he was.

That was his problem. 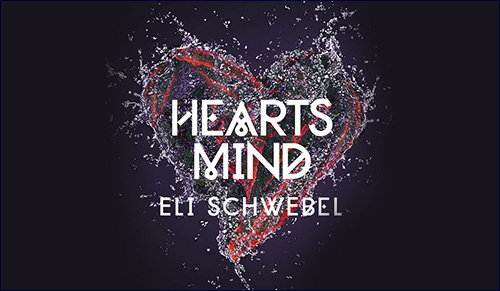 But that wasn’t going to happen. Georgia was on the horizon. The deal was a forgone conclusion.

He went back to his hotel. He was exhausted – crying is draining – and he drank some wine. Good wine. He sat there feeling sorry for himself. He needed help. Something needed to give.

The phone rang. Should I answer it? he thought. Okay. He answered it.

It was the CEO – the CEO from the company he was about to buy. The deal was off.

The CEO wasn’t the real CEO. Not really. He was the acting CEO. The real CEO was dead. The acting CEO was the real CEO’s brother. And at the eleventh hour, the acting CEO’s mother called and begged. “Please don’t sell the company. It is the only thing I have left of your brother! You can’t get rid of it.” And that was that. The deal was off.

Eli can take a hint. He decided to stay in Israel. He decided to figure this out. He was in Jerusalem. He checked out of his hotel, went to the Old City, found an apartment, and checked in to Aish HaTorah. Aish was spiritual rehab. Eli knew a lot. But not really. He didn’t really know anything.

He took classes. He met rabbis. He hung out with Rav Noach Weinberg ztz’l. And – slowly, he got perspective. Aish was a paradigm shift. It was his chance to ask all of his questions.

He even got a few answers. And realized that Judaism wasn’t what he thought it was. It wasn’t one-dimensional. God wasn’t Zeus. You could love God and learn Torah and grow and be yourself. You didn’t need the shtick.

Eli was like a nuclear bomb – megatons of pent up energy, expression, yearning, desire – but unfocused. No direction.

Eli was like a nuclear bomb – megatons of pent up energy, expression, yearning, desire – but unfocused. No direction. He was like a hose on the lawn with the water spurting everywhere. At Aish he got clarity. Aish challenged his misconceptions. It gave him focus. And it helped him put his life in perspective.

Sort of. It was a start.

But it wasn’t magic. It wasn’t like he went to Aish for a few months and now he was happily-ever-after. It was a start. He had permission to ask questions. He had time to think about the answers. And he felt he could figure it out.

Eli is a sensitive person – spiritually and emotionally. His problems started when he lost touch. His heart was strong, but his mind wasn’t in charge. And he needed to get that in order.

But he figured it out.

And he recorded a new album. His new music is the story of his journey. About getting in touch with his heart.

That was his problem. And thank God, that problem is solved.

Click on the player below to listen to Eli’s song Yagga.

ITS NOT ABOUT WHAT YOU KNOW / ITS ABOUT WHAT YOU DO / DO YOU LOVE WHAT YOU DO? / DO YOU PUT ALL YOU'VE GOT INTO IT / EVERYBODY’S GOT SOMETHING THAT THEY LOVE / BUT THEY JUST CAN’T FIND THEIR WAY/ YOU’VE GOT THE POWER / TO CHOOSE YOUR LIFE / YOU’VE GOT A FIRE / BURNING THROUGH THE NIGHT / ONCE YOU KNOW WHAT YOU’RE LIVING FOR YOU COME ALIVE / SO YAGGA, ???, FIND OUT WHO YOU REALLY ARE

A Simple Twist of Faith

A Handicapped Look at Disability
Vayelech 5783: Regret and Repent
Rabbi Sacks: Focus On the Important, Not the Urgent
Put Your Foot Down: Are Human Feet Poorly Designed?
Comments
MOST POPULAR IN Spirituality
Our privacy policy
Aish.com Is Looking for Great Writers