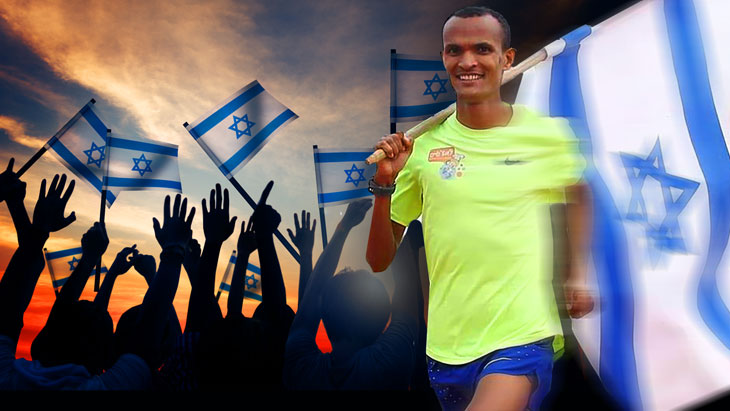 As a boy in Ethiopia, Girmaw Amare dreamed that one day he would represent Israel as a runner in the Olympics. Now his dream is within reach.

Girmaw Amare was 13 years old when he heard radio coverage of Ethiopian athletes at the Olympics in Sydney and dreamed that one day he would also represent his country. Not Ethiopia, but Israel.

Now a proud citizen of Israel, Girmaw broke the national marathon record in 2018 and is training hard to qualify for the 2021 Games in Tokyo. 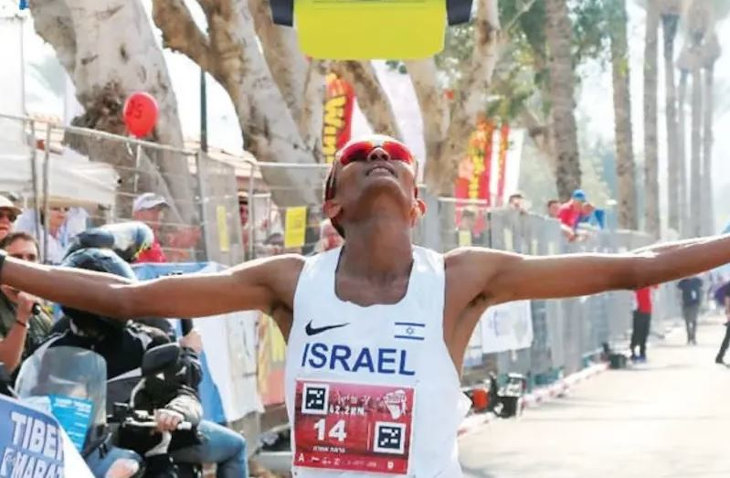 Winning the Tiberias Marathon in 2018 with a time of 2:15.30 hours Girmaw Amare broke the Israeli record and became national champion.

During the 2000 Sydney Games, Ethiopians dominated the long distance running with its runners netting gold medals in the Mens 5,000 and 10,000 meters and the coveted marathon. The country’s athletics medal tally in those Games was second only to the USA.

“I used to run around the village and I would sometimes run the hour and a half journey to our school,” Girmaw said in an Aish.com interview. “There was one radio in our school and we all gathered around to hear the athletes winning their races.” Like many of the boys, Girmaw dreamed of reaching the Olympics. “But I didn’t want to represent Ethiopia, I wanted to represent Israel.”

Living in a village without lighting and running water, becoming an Olympic runner could have felt beyond reach, but, as Girmaw says, “Ethiopian Jews were never afraid of big dreams.”

In 2006, at the age of 19, with the help of the Jewish Agency, Girmaw and his family moved to Israel. 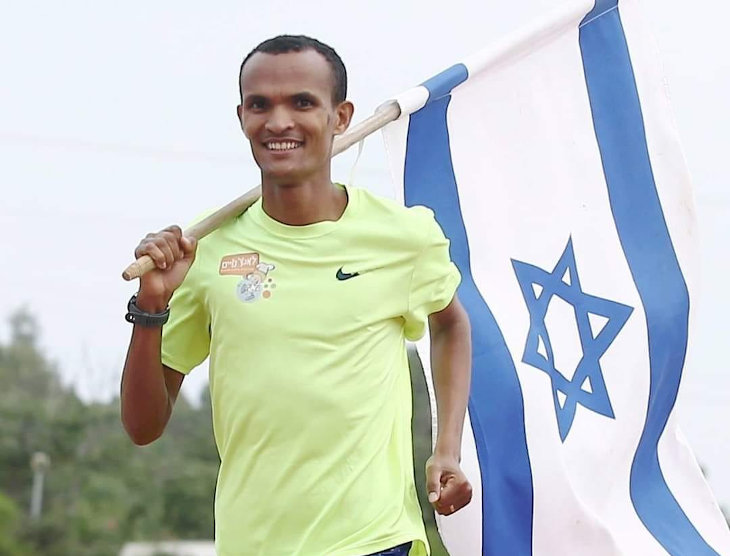 Eyes on Tokyo, Girmaw Amare is within reach of realizing his childhood dream

Running had to wait

Arriving at his new home in an absorption center in the center of the country, Girmaw’s dream of running was put on ice. “I didn’t even know how to read or speak in Hebrew,” he explained. “I had to learn the alphabet from scratch.” With his first priority learning Hebrew, this required a steep learning curve which Girmaw faced head on, setting himself the task of learning 50 new words every day.

“I remembered my family’s history and how hard my parents worked for us to reach Israel. My father would always say, ‘Accept everything the world throws at you.’”

One day, Girmaw saw another new immigrant training in running shoes. “He told me he was going to run in the Jerusalem Marathon and I replied that I also liked running.” With some help, he registered for the 10km event, although at that stage, Israel’s future marathon champion didn’t even own shorts or running shoes.

With barely any training, and receiving shorts and shoes the day of the race, Girmaw finished seventh in his category. A year later, he was assigned to a former Ethiopian champion runner – now an Israeli national team coach – and began training at the Hadar Yosef National Athletics Academy. 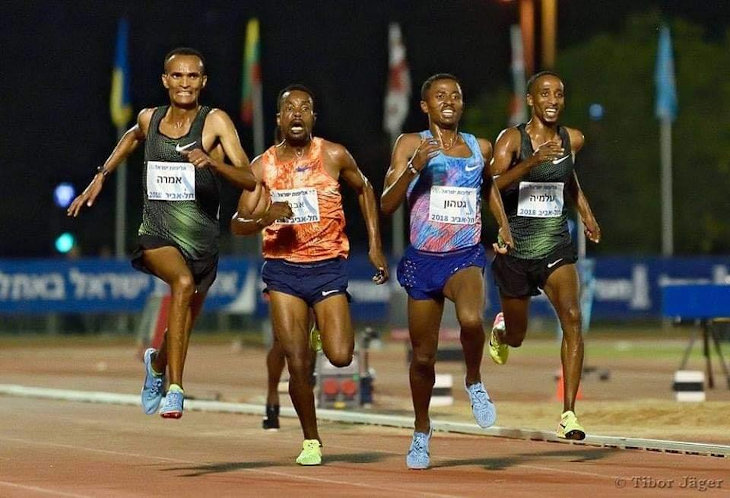 In 2018, the 31-year-old Girmaw broke the Israeli national marathon record by 25 seconds and was crowned a national champion. “There are no words to describe the feeling,” he said. His dream was inching closer.

Improving every year, Girmaw now has a string of top 20 finishes at international marathons, finishing 8th in Prague in 2019 and 11th in Seville, Spain. Currently Israel’s second ranked runner behind fellow Ethiopian immigrant Maru Teferi, Girmaw’s eyes are set on the Olympic Games in Tokyo set for July this year. (Due to the pandemic, there's a chance the games will be postponed once again.)

On March 14, Amare will take part in an official time trial around Israel’s Hula Lake, where he needs to run under 2:11:30 to secure Olympic qualification. In preparation he has returned to Ethiopia and is midway through a two-month elite training camp in Addis Ababa. While chasing one dream, another one was realized just two months ago when Girmaw’s wife gave birth to their first child, a daughter named Adi – meaning jewel.

He added, “Every time I train, every circuit, every workout I remember what I left behind in Israel to be here and I give this opportunity everything that I have.”

“Ethiopians are used to their runners leaving because they have been bought by other countries who want them to run under another flag. But I proudly tell people that I left because I wanted to go to Israel. We left because we are Jews. It is such a feeling of pride to wave our flag and to show the world that we can achieve great things.” 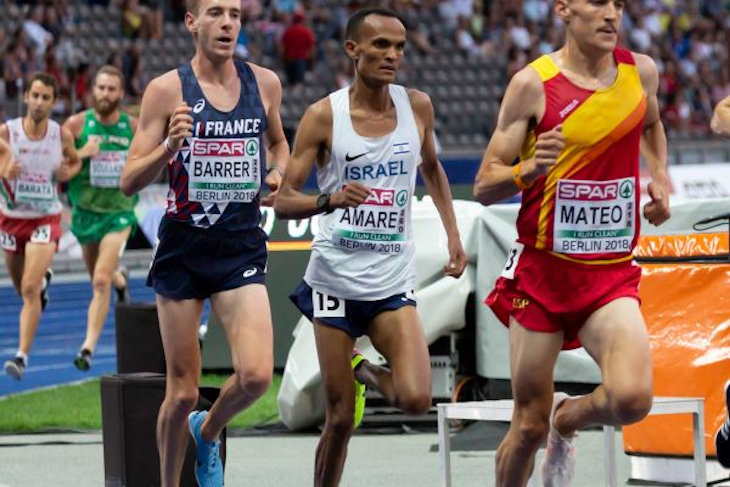 Competing at the Berlin Marathon, 2018

With a growing following in Israel and beyond, Girmaw is an inspiring model for many aspiring athletes. He does not yet have any official sponsorship, although he acknowledges it would help him. He is deeply appreciative of the support he gets from fans.

“The encouragement I receive in Israel and from Jewish people around the world really pushes me on! It means so much to me to represent Israel and I am dreaming of waving our flag at the Olympics in Tokyo. It is a dream which is burning deep inside me, and I am totally focused on getting there.” 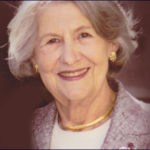 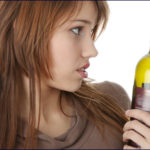 Smile, At All Costs7 min read 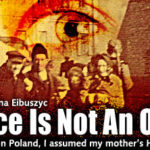 Silence is Not an Option12 min read 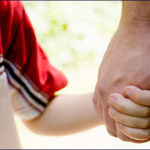 Coping with the Death of My Father5 min read

Smuggling Out Of Hell12 min read