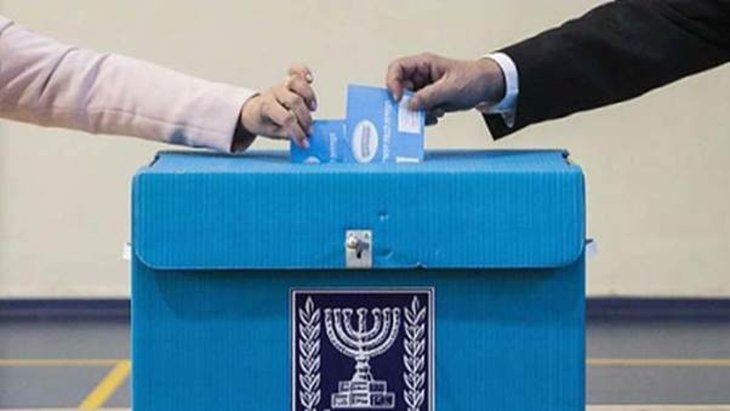 Who is going to be Israel’s next Prime Minister? We break down all of the options.

You know the joke, two Jews, three opinions. Well when it comes to Israeli politics this is not a joke. It’s a reality. Israelis went to elections in April and in the first time in the country’s history a governing coalition could not be formed. So off to another election they went and on September 17th Israelis voted again, and this time the results are no less confusing. So as a service to humanity, we will try our best to explain the Israeli political system, the results, and some potential governing coalitions. Then we will try to cure cancer.

The Israeli parliament, or Knesset, is composed of 120 members, reminiscent of the ancient Anshei Knesset HaGedola (Men of the Great Assembly) which governed the Jewish people over two thousand years ago, but with fewer elections. In order to form a governing coalition, a potential Prime Minister must assemble a simple majority – that’s 61 for the math people out there. Sounds simple, right?

The Blue and White party is headed by former IDF army General Benny Ganz. They classify themselves as “centrist and liberal”. The party’s leadership includes former army generals (Moshe Yaalon, Gabi Ashkenazi) as well as handsome television personalities (Yair Lapid). Their party platform is not entirely clear, but what is very clear is that they really do not like current Prime Minister Benjamin “Bibi” Netanyahu. They claim that they will not sit in a collation with the ultra-orthodox parties or one headed by Bibi.

Shas is the Sephardic ultra-orthodox party. Founded by the late luminary Rabbi Ovadia Yosef and headed by party chairman Areyeh Deri one of their campaign slogans was “Bibi needs a strong Areyeh.” In his post-election speech Deri changed the slogan, saying, “Now, Areyeh needs a strong Bibi.” They claim that they will not sit in a coalition with Blue and White.

UTJ is the Ashkenazi ultra-orthodox party composed of two smaller parties one from the Lithuanian Orthodox world and the other from the Chassidic sector. Since no Israeli political party is complete unless they dislike someone, UTJ dislikes Blue and White’s vehemently secular Yair Lapid. They claim that they will not sit in a coalition with Blue and White.

Headed by Avigdor Lieberman, Yisrael Beiteinu describes itself as secular nationalist. A one-time Director General of Netanyahu’s Prime Minister’s Office who even ran on a joint ticket with Bibi during one election, Lieberman has now joined the camp of people who don’t like Bibi. But he has reserved even more dislike for the ultra-orthodox parties and claims that he will not sit with them in government.

Yamina in Hebrew means right and this is a right wing party. Not leaving much up to the imagination. They were concerned that they didn’t have anyone to dislike until they found the Arab parties. They won’t sit with the Arab parties.

This left wing social-democratic party is led by Amir Peretz who is most famous for previously having a mustache. Labour’s fall from grace has been monumental from the days of David Ben Gurion whose Labour party at one time received 56 seats. Poor Ben Gurion’s hair must be standing up in his grave. Although in fairness, it also stood up when he wasn’t in his grave. Labour won’t sit with Bibi.

This is a combination of the left wing social-democratic Meretz, the Green party and the former Prime Minister Ehud Barak party. Barak is Israel’s most decorated Israeli soldier and was once the commander of the famous Sayeret Matkal division where a young Bibi Netanyahu was his soldier. You know those movies when the student becomes the teacher and the teacher is proud of his beloved student? That’s not this movie. Barak dislikes Bibi and his party won’t sit in a Likud led coalition.

This is a group of Arab parties who have managed to sit with each other even though they are different. Ahem, Jewish people, we’re looking at you. Some people on this list seem to dislike Israel.

Left Wing Coalition - At first glance, Blue and White has the most seats and would appear to be the victor. Not so fast. Blue and White (33) + Labour (6) + Democratic Union (5) only yields 44. Not enough for a left wing government. If you want to add the Arab parties (13), even though it is not clear if Blue and White would consider that, that only leaves you with 57. Still not enough. What about adding Yisrael Beiteinu’s (8) seats. That would yield 65 but Yisrael Beiteinu won’t sit with the Arab parties. So no realistic left wing option.

Right Wing Coalition – OK let’s give Bibi a shot. Likud (31) + Shas (9) + UTJ (8) + Yamina (7). Only 55 seats. No dice. So how about adding Yisrael Beiteinu you ask? Seems to make sense as they are a self-described “nationalistic party” and this would give the coalition 63. We did it! Wait, we forgot that Yisrael Beitienu won’t sit with any religious parties. Why can’t we all just get along? Scrap the right wing option.

National Unity Coalition – This is the most discussed option by Israel media. Blue and White (33) + Likud (31) which already gets you to 64, and then if we throw in an Yisrael Beiteinu (8) we’ve got 72 and we are laughing. Again, we are being too hasty. Remember Blue and White said that they won’t sit in a Bibi led government. And even if they would, who is going to be Prime Minister? Some have suggested a rotation – Bibi for a couple of years and then Ganz the next couple. Do you know any Jewish politicians who could share power? We don’t. Also, why does this get to be called a national unity government? It has no religious parties represented. Are religious people not part of the nation? Scrap the unity government option.

This this leaves us with only one realistic option: new elections!

A Chanukah Miracle...in February
G-d Time
Shavuot is The Holiday of Cheesecake and Blintzes
What Does Kosher Mean Literally?
Comments
MOST POPULAR IN Funny Stuff
Our privacy policy