In the Narrow Places: An Introduction to The Three Weeks 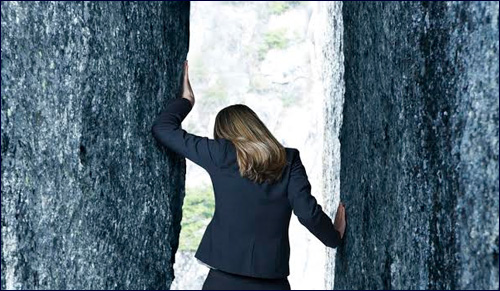 A brief overview of the three-week period of national mourning that begins this week.

Excerpted from In the Narrow Places: Daily Inspiration for the Three Weeks

The period of the Three Weeks, which spans the time from the initial siege of ancient Jerusalem to the destruction of the city and its Temple, is called “the narrow places” or Bein HaMitzarim, after a verse from the book of Lamentations. Others translate the expression as “between the narrow straits,” indicating the vulnerable place between two pieces of land that connotes desolation, exposure, and intractability.

These narrow spaces must be passed through to get from one place to another but are rarely regarded as stopping grounds. They signify exile and banishment, a place that is neither here nor there, an area almost absent of its own identity. The narrowness in the rabbinic mind, however, is not of space but of time.

In order to return us to this period of time in the imagination, the sages of the Talmud estabished a number of laws to frame and recreate the experience of tragedy. Just as mourning over a person is ritually divided into different grieving periods – the time before burial, the day of the burial, the week after burial, the month after burial, the year of mourning and then the annual marking of the death – so, too, does Jewish law divide national mourning into different grieving segments. It begins with the 17th of Tammuz, mid-way into the Hebrew month of Tammuz, which is the initial fast that ushers in the period. It is a minor fast, a fast which begins in the morning rather than the night before.

The first mention of this fast is in the book of Zechariah 8:19. It appears as one of a series of fast days marking tragedy which, in the messianic era, will be transformed to joyous celebrations. Officially, it is the opening of the season of mourning because the siege of Jerusalem’s walls during the Second Temple began on this day. But the Talmudic sages identified an additional four tragedies that happened on this day: Moses broke the two tablets containing the Ten Commandments, an idol was erected in the Temple’s inner sanctum, the twice-daily sacrifice offered on the Temple’s altar was discontinued, and a Roman military leader, Apostomus, burned a Torah scroll. (Taanit, Mishna, 4:6)

The fact that all of these tragedies befell the Jewish people during the same annual period is religiously significant. Certain days or seasons are dangerous or inopportune. We often avoid difficult days on the calendar or fear their impending approach not because we are certain that they will prove difficult in the future, but because they were troublesome in the past. Such anniversaries of doom fill us with anxiety. On the recurring day of the calendar that marks the loss of a loved one, a near-fatal accident, or the diagnosis of a life-threatening illness, we may intentionally choose not to do something joyous because it may feel ike a betrayal of the past or a personal insult to the person we lost. That is not superstitious; it is a respect for the passage of time and the events that color it.

The Three Weeks are no exception. We enter a somber frame of mind. Jewish law frowns upon engagement in risky behavior during the Nine Days before Tisha B’Av, and even more so during the week in which Tisha B’Av falls, because history did not look kindly at the Jews at this hour. Some people avoid activities that they personally deem dangerous.

At such a somber time, joyous functions are avoided.

Naturally, at such a somber time, joyous functions are avoided. Public celebrations, parties and other festive activities are not scheduled in these weeks. Weddings are not held. Attendance at live concerts is prohibited. New homes are not purchased; new clothing is not bought. Many people do not isten to music that may make them light-hearted and happy. As in the mourning for the passing of a relative, men generally refrain from shaving, and both men and women do not cut their hair. In the same vein, during the Nine Days, as the fast day approaches, people customarily do not launder or iron clothing unless it is particularly soiled and needs to be washed immediately. In commemoration of the lost Temple sacrifices, we also refrain from eating meat. Certain Sephardic practices limit these restrictions to the actual week in which Tisha B’Av occurs.

Altogether, these practices are meant to punctuate the mundane aspects of daily living: what we wear, how we eat, who we are with and why. Cleanliness, freshness, satiation and newness are all minimized in some fashion to help us achieve the demanding mood of the season, the sense of loss.

The prohibition of “newness” itself requires exploration. Judaism celebrates newness and wonder. The blessing of Sheheĥeyanu hails significant new points in time, or the acquisition of a new item. Because the recitation of this blessing marks some element of renewal and joy, we usually refrain from any activity or significant purchase which would engender happiness and necessitate the blessing during the Three Weeks. For example, we do not eat new fruit (fruit that has not been tasted for more than thirty days), nor buy or wear new clothing. We avoid large purchases and home renovations. These projects all signal anticipation and positive change. Our spiritual task for this small clutch of time is to be more moderate in our expression of happiness.

The Talmud says that just as we are to increase our happiness – our simĥa – in the month of Adar in which Purim falls, we are to minimize our happiness when Av begins. There is a Hasidic rendering of this expression, attributed to Rabbi Menachem Mendel Schneerson, which reinterprets the Talmudic maxim: “Mi shenikhnas Av, mematim – besimĥa, As Av approaches, we minimize – with happiness.” The simple placement of a pause, a break, changes the entire reading. We minimize the self, but even that we do with joy.

While all of the behaviors mandated by the Talmud temper joy, they also help us understand the definition of joy from a Jewish legal perspective. Happiness is not only or primarily measured by material success, personal achievement or status; it is found in the small acts of beauty and compassion that comprise a life. Today, in a time of such consumer excess, it is hard to get excited over the purchase of a suit or a dress, the tasting of an exotic fruit after a month or two without one, or the sound of live music heard in the company of friends. Our sense of wonder has been lost.

But this period reminds us that these small pleasures in the aggregate are the measure of life’s happiness, the mosaic of pleasure that buoys us day in and day out. Perhaps we only appreciate the wonder in their absence. 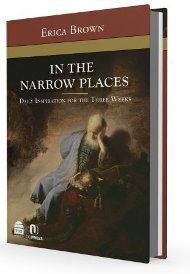 In In the Narrow Places, Dr. Erica Brown, one of the foremost Jewish educators of our time, explores the deeper meaning of the Three Weeks. For each day of the Three Weeks, she presents a short, inspirational essay based on biblical texts followed by a kavana – a spiritual focus that involves reflection, imagination or action – to transform these somber days of remembrance into a period of introspection and spiritual growth.

Dr. Erica Brown is the director of the Mayberg Center for Jewish Education and Leadership at The George Washington University and the author of eleven books.

Crying for Nothing on Tisha B’Av

Healing the Brokenness Within: How to Tap into the Energy of Tisha B’Av