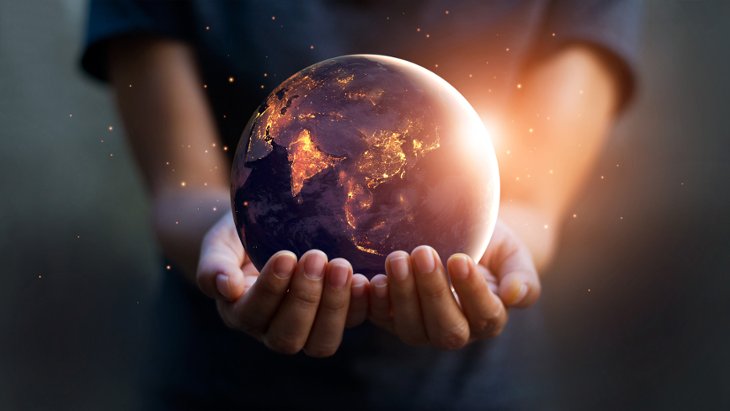 Now is a prime time to increase our acts of kindness.

Kindness is paramount in Jewish thought. When the Romans destroyed the Second Temple in Jerusalem nearly 2,000 years ago, the Talmud pinpoints the cause: Jewish infighting and sinat chinam, baseless hatred of one another.

Displaying true love and kindness to one another increases our merit to once again have the Temple in Jerusalem. The Nine Days preceding the fast of Tisha B’Av, which commemorates the destruction of both the First and Second Temples, is a prime time to start changing our behavior and adopting a kinder way of relating to others. Here are 10 Jewish quotes about kindness to help inspire you.

Hillel says: Be among the disciples of Aaron, loving peace and pursuing peace, loving people and bringing them closer to the Torah. (Pirkei Avot 1:12)

Aaron, Moses’ brother, was famous for his love of others and the way he helped people mend relationships and end arguments. Jewish tradition teaches that when Aaron saw friends or spouses divided by conflict, he’d speak with them soothingly, assuring each party that the other sincerely regretted their argument and desired peace. This wasn’t a falsehood because in our deepest core each one of us longs for peace with others.

Rabbi Shimon ben Elazar says: A person should always be careful in the way he formulates his responses. (Talmud Megillah 25b)

It’s easy to speak quickly and say something that might hurt others. A truly wise person considers the effects his or her words might have on others.

Acts of kindness never die. They linger in the memory, giving life to other acts in return. - Jonathan Sacks, in From Optimism to Hope

This wise observation echoes the Jewish realization that mitzvah goreret mitzvah: one good deed begets another.

The Sages taught that a person should always be patient like Hillel. (Talmud Shabbat 30b)

The Jewish sage Hillel was known for his scholarship and his intensely patient nature. Even when peppered with many seemingly distracting questions, Hillel always treated each person who approached him with respect and patience. He’s truly a worthy role model for us today, in our impersonal, impatient age.

Sometimes unkindness doesn’t manifest itself in hostile words or raised voices. Overlooking or ignoring other people can hurt even more than nasty statements. Try taking the time to say a kind word to others. Even simply saying hello and asking people how they are feeling can brighten their day and lighten their load.

Shimon the Righteous was accustomed to say: The world is based on three things - on the Torah, on the service of God, and upon acts of loving-kindness. (Pirkei Avot 1:2)

Kindness isn’t optional in Judaism: reaching out to others is a key part of working to make the world a better place. Being kind is integral to what it means to be a Jew.

Acts of kindness are greater than charity since they can be done for both the rich and poor… Charity can only be done with one’s money, while acts of loving-kindness can be performed both personally and with one’s money. - Rambam (Hilchos Aivel 14:1)

The Medieval Jewish sage Rambam explained that acts of loving kindness can include visiting the sick, inquiring how other people are doing, helping to facilitate weddings and funerals, and treating everyone with warmth. He even prescribed the way we should say goodbye to guests at the end of a visit, walking them to our door and saying goodbye with warmth. Nobody should feel alone and uncared for.

King Solomon Says: Life and death are in the hands of the tongue. (Proverbs 18:21)

Speaking ill of someone is a serious transgression in Judaism. The Talmud says that speaking slander and gossip metaphorically “kills” three people: the person speaking, the subject of the negative speech, and the listener. (Arachim 15b) Stopping speaking gossip can be difficult, but it’s a key way to become a kinder person.

The Sages taught...One who judges another favorably is himself judged favorably. (Talmud Shabbat 127b)

Judaism demands that we give other people the benefit of the doubt. In our internet-fueled age of instant “likes” and “dislikes” it’s important to keep an open mind and remind ourselves that we don’t know the whole story and that other people are grappling with circumstances and challenges we know nothing at all about.

Rabbi Akiva taught: ‘Love your neighbor as yourself’ (Leviticus 19:18). This is the most important rule in the Torah. (Jerusalem Talmud Nedarim 30b)

Without love, it’s impossible to treat others as they deserve. Each person is likened to an entire world in Judaism. Remembering this helps us to see the value in each and every person we come across, and can help us remember the key Torah commandment to be kind.

Is Hanukkah Overrated?: This Video Will Make Your Holiday More Meaningful
Were Adam and Eve Jewish?
How I Learned to Love the Multiverse
10 Big Jewish Inventions
Comments