How My Parents’ Divorce Impacted My Marriage 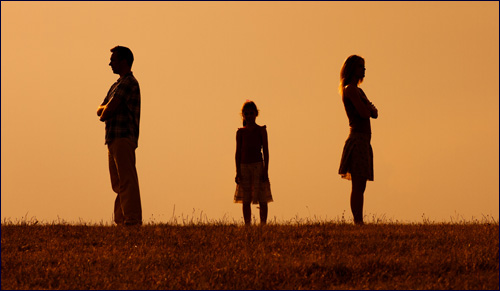 My difficult childhood is making my marriage stronger.

I was eight years old when my parents divorced. The afternoon my parents told us that they were separating closed an invisible door on the innocence of my childhood. The world was no longer the secure, predictable place that it had been the day before. Our home was no longer whole; the walls that I thought would always be strong turned out to be flimsy and unreliable.

I had to learn at a very young age how to divide my time and my loyalties. I had to be the perfect student and the most accomplished athlete in order to compensate for all of the brokenness and imperfection in my family.

There is no such thing as a loving marriage so good luck to you.

In college, one of my friends whose parents were also divorced told me that she was never going to get married. She had learned from her parents’ divorce that marriage was painful and dysfunctional and not worth the heartache.

I told her, “I’m going to build a loving marriage because of my parents’ divorce.”

She laughed and said, “There is no such thing as a loving marriage so good luck to you.”

I understood her bitterness. Part of me wondered whether she was right. And though I was driven to create the warm, secure home that I had so desperately missed as a child, I was worried that I wouldn’t know how.

When I met my husband, I really didn’t know what marriage entailed, and it was hard. I had to learn how to build without a blueprint. And I had to figure out how to create my own blueprint. But as our home and our marriage grew, I realized that I was in fact building a deeper connection with my spouse because of my parents’ divorce.

Even though I was raised to prioritize my career in my life, I chose to make my marriage and my family my top priority. I switched from med school to a masters in psychology so that I could invest more time in my marriage and my children. I didn’t view this as a sacrifice I made for my family; it was an investment I made for myself because creating a warm, loving home was my dream.

My parents split up without warning. They didn’t fight much, so I really didn’t see it coming. During the early years of my marriage, I was hyper-alert to any disagreement between us. I thought every argument was dangerous, something that could spiral into a force of destruction. Although our marriage is now secure enough for me to know that it can withstand our differences and our disagreements, my fear in the beginning of our marriage actually helped prevent many arguments from spiraling out of control. I had decided that I would rather be happily married than right and there were very few issues that we allowed to come between us.

I chose to have many children. One of the reasons is because I had wanted a big, happy family as a child. The loneliness I felt growing up motivated me to create a different life for my children, and our noisy, warm home perhaps exists because of the silent, empty house that was left in the wake of my parents’ divorce.

I understood that a healthy marriage requires good communication, so I became a psychologist so I could study the science of communication and learn how to both listen to and understand others.

One of the biggest blessings of coming from a broken home is mental toughness. There are some children who don’t recover from early traumas, but the ones who do are far stronger and more resilient than children who have relatively easier childhoods. This mental toughness has given me the ability to bounce back from the inevitable hardships and stresses that every marriage encounters, and not to take things personally when life fails to meet my expectations.

So much of who I am and the kind of life I chose is because of the challenge my parents’ divorce brought into my life. My friend from college was wrong. Loving marriages do exist but they don’t last unless we put in the work and choose love. Sometimes the hardest childhoods motivate us to make that crucial choice and give us the strength to overcome the obstacles in our way.

The Jewish View of Marriage

10 Phrases Not to Use in Marriage

This Is How Your Marriage Ends
Is Grease the Word?
Dried Fruit Compote
Scientific Curiosity and the Divine Encounter
Comments
MOST POPULAR IN Family
Our privacy policy
Aish.com Is Looking for Great Writers