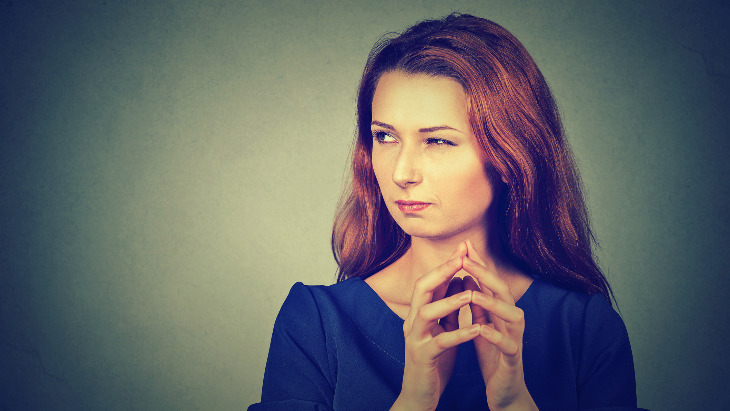 And how we can decrease our need to judge them instead.

It’s easy to judge other parents. Perched on the park bench, our minds race with disapproving thoughts as that mom “permits” her child to tantrum or that father “lets” his son block the slide. I would never allow my children to behave that way, we tell ourselves.

I caught myself doing this when I was out with my husband at an ice cream store, 11 PM, as a mother brought her toddler in to eat.

Why on earth is this toddler still awake and being fed ice cream at this ungodly hour?

Once I realized what my mind was doing, I made an active effort to suppress it. Perhaps someone in the family was ill, and after a long day, the child was being comforted before finally going home. Maybe they were headed to the nearby airport for a late flight and needed something to eat. The possibilities were endless, and it only took minimal effort to favorably reframe the narrative.

Parenting is incredibly difficult. Why not try to build each other up, rather than tear each other down?

I think back to a time when I felt supported, without judgment, by a fellow parent. As I was carrying his younger sibling in a heavy car seat, our then-preschooler decided it was prime time to throw himself on the parking lot floor. We were parked down the block, and I was about to collapse under the weight of the car seat and the stress of my protesting child. A babysitter passed by with an eye roll, leaving me embarrassed.

Just then, a friend drove by and offered to take our little activist to our car so that I could use both hands to schlep the car seat. My friend did not mock me, nor did she indicate that I was inept for needing her help. She allowed me to hang onto the last vestiges of my dignity.

On a simple level, it’s hard to accept that people make alternative parenting choices. But the answer may run a bit deeper, relating to the psychological phenomenon of displacement (introduced by Sigmund and Anna Freud).

To distract ourselves from our insecurities, we turn our attention to others. Misery likes company. If I can find fault in another’s parenting styles and choices, perhaps I don’t need to judge myself so harshly.

If I can find fault in another’s parenting styles and choices, perhaps I don’t need to judge myself so harshly.

We tend to look at ourselves through a magnifying glass. Remember how embarrassed we were to leave the house when, as teenagers, we had a tiny pimple? We were convinced it’s all that anyone would look at. Look at that enormous zit engulfing your face. You poor thing.

In some ways, we aren’t so different from our teenage versions. We fear that everyone notices each of our parenting mistakes. Furthermore, we view our children as reflections of who we are, so when a child misbehaves, we feel like failures.

It’s a lot easier to project our sense of incompetency onto others.

How to Decrease the Need to Judge

How can we foster an environment where we don’t feel the need to judge?

Firstly, let’s try to give other parents the benefit of the doubt, just as I readjusted my response to the woman feeding her daughter ice cream late at night.

Going further, let’s normalize parenting follies by allowing ourselves to be vulnerable and to vent our parenting frustrations. Rather than post picture-perfect experiences on social media, we can share our battles. Consider displaying an endearingly dysfunctional family picture rather than that glorious garden photo that required a lot of bribery to achieve that shot.

Let’s diffuse this need for parenting perfection and learn to laugh about our mistakes together. Rather than kicking ourselves for serving our children chicken nuggets for dinner again, we can joke with other parents about the nutritional merits of such food. When someone else’s child stands on a restaurant chair and gives an unwanted musical performance, we can replace that dirty look with a smile. We have the power to wordlessly tell the embarrassed parent, “I’ve been there. I get it.” With a sense of humor, we can show that we validate one another and break the cycle of judgment.

There’s no shame in making mistakes, nor in choosing an easier option. And when we see our children engaging in questionable behaviors, rather than viewing it as a poor reflection of ourselves, let’s openly discuss it with other parents.

Being more open and laughing about our mistakes will lighten the load. Our need to critique other parents to make ourselves feel better will shrink.

And we’ll spend less time judging and more time offering our support to others.

Daniella Guterman lives in West Hempstead, NY with her husband and children. She serves as a member of a community welcoming committee and runs a free lending library, for Jewish books, with her husband. Daniella and her family enjoy singing and playing music together, as well as discovering the natural hidden gems of Long Island. As a mother and middle school teacher, Daniella believes that it is best to approach life with a sense of humor. Daniella enjoys writing about parenting, education, personal growth, and food. She also likes writing song lyrics, fictional stories, and play scripts.

I Want to Come Home: How to Prepare Your Child for Sleepaway Camp

I am a Proud Middle Child