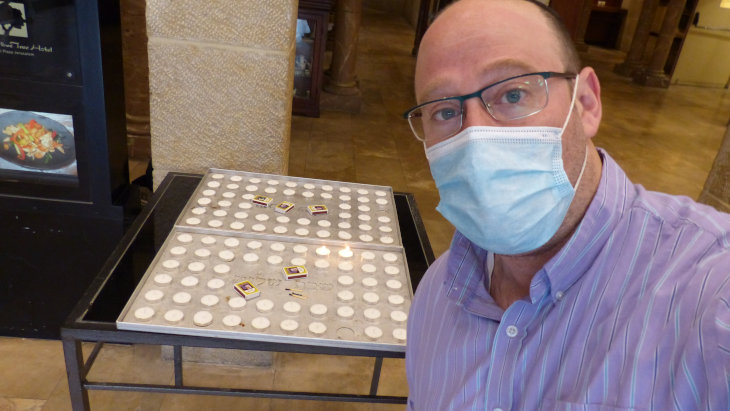 I emerged from 14 days in solitude a better Jew.

For those of you who are unaware, anyone entering Israel has to quarantine in an isolated area for two weeks. The Israeli government understandably didn’t trust me to quarantine in my apartment which is why they insisted that I go to what is known as a “Corona Hotel.” As I have just returned to Israel and am finishing up my quarantine, let me take you on my little journey as to how I made it through my Corona Hotel experience.

They call the hotel “Corona.” It didn’t feel reassuring that the hotel itself had the virus. To make matters worse I was effectively in solitary confinement. Granted it was in a five star hotel with a bath and movies on demand.

I thought I was going to get the famous Israeli hotel breakfast buffet. I thought wrong. Instead, they dropped a bag outside my door. This was worse than being locked up in solitary. At least in solitary they slip the food through a window; they give a bit of service.

Three square meals per day is just not enough for me. I am American. I need at least 8 meals. Maybe more. On the bright side, I have already lost almost fifty pounds.

They turned me into a manual laborer. My dirty clothes were unrelenting taskmasters and I was their slave. I felt like I was back in the days of the pyramids, except without the pyramids. And how do you even hand wash clothes? This was not a life skill taught to me at Jewish summer camp.

A Shabbat Retreat Where You See People Less

Lighting Candles is a Social Experience

Because there were concerns about lighting Shabbat candles in our hotel rooms, the organizers had us light candles together on a big table in the lobby. The medical term for this is “Quarantine Shwarantine.”

This was my first interaction with other humans who weren’t behind plexi-glass. I was relieved to hear that I was not alone in having no idea how to effectively ring out a shirt.

As I was lighting the candles, I heard about a Minyan being organized. I had never felt so thankful for ten men in my life. We couldn’t socialize and we had to stand six feet apart but this meant no fighting over the armrest or annoying small talk. I wish my shul was like this. 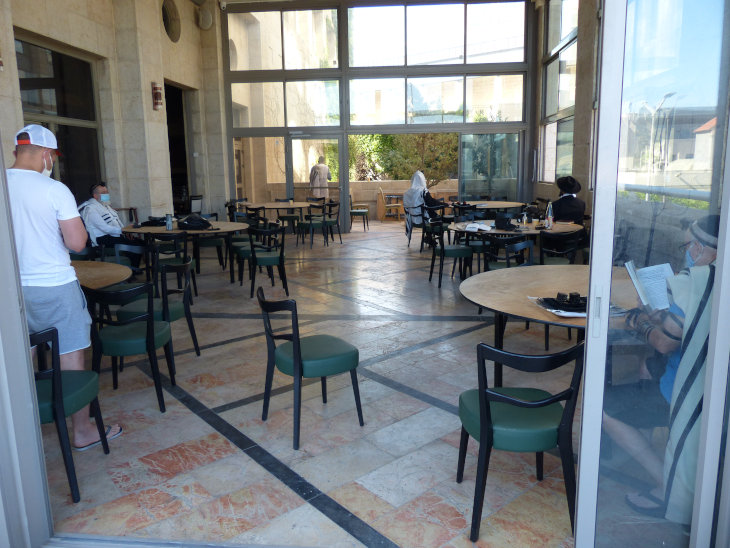 As for the chazzan, he didn’t have the greatest voice but there was a silver lining here too in that he was wearing a mask.

You’re supposed to delight in Shabbat, and of course we Jews do that with food. One quarantining congregant brought cake, cashews, peanuts, Coke and herring. One guy really enjoyed it. Once he touched the cashews, they were all his. Big bowls of food are not optimal in pandemics. 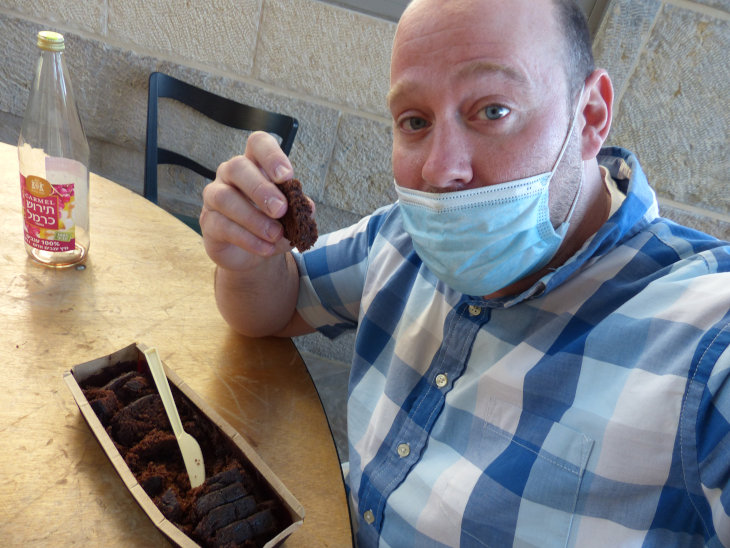 When it came to the pound cake, I went in after the first guy. I wasn’t that scared. Actually I was, but my fear was drowned out by hunger. I was famished! In life, you have to be brave and take chances. And when it comes to a wet dense pound cake, that’s when my bravery shines through.

Ingathering of the Exiles is Motivating

After Shabbat we had a big circle where everybody shared their story. One person came from Cape Town, one from Buenos Aires, one was from New York, one from Thailand, one from France. Each of us had our own journey back to Israel. Each expedition was more intriguing than the next. Mostly we talked about whether there was meal service on the planes and if not what we did to find kosher food. Because we’re Jews and we like to eat.

This was the first time in my life that I had ever seen so many people return to Jewish observance. Once the non-religious people realized that they could leave their rooms for Minyan, they were all at shul davening like rabbis.

Stuff I am Left With

In quarantine, you learn a lot about yourself.

I learned that I am fine smelling like bath gel if that’s all I have to wash my clothes. I don’t like cottage cheese anymore, but that may change after quarantine. I learned how to make going to the hotel reception to pick up milk take twenty minutes, and how to keep a friend on the phone for forty-five minutes when they have to run. I learned that afternoon naps can last five hours, and touching cashews during a pandemic is good way to get yourself a lot of cashews. I learned that when it comes to leaving my room to go to daven, I have the ability to be extremely devout and show up two hours early. I learned that as Jews, we need each other, even if we don’t stay far apart.

Minyan saved me. Shabbat saved me. Lighting candles saved me. The comradery that quarantining together as a nation with one religious saved all of us.

Only in Israel do people share their quarantine with other people. Everything beautiful about living in Israel was experienced at the quarantine hotel. A nation reuniting in the hardest of times, distanced in solitude with Jews from all over the world. When you’re together there is nothing to fear. And even though we may be separated, we can still be united.

How to Visit a Jewish Retirement Home

An Ode to Jewish Delis