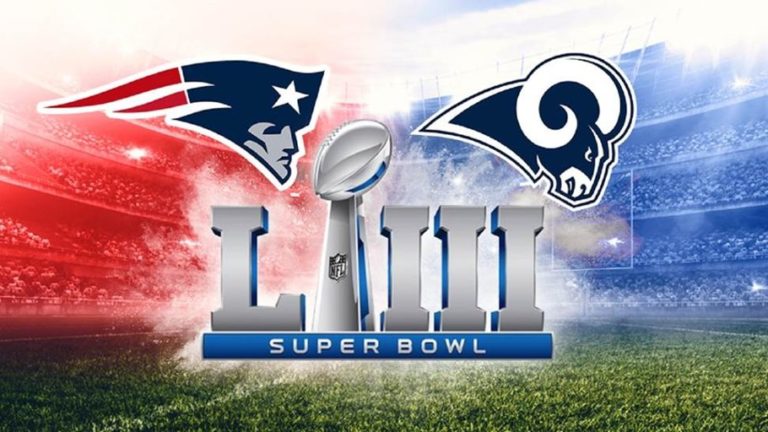 The NFL is the only league that loves Jews and is not anti-Semitic because its games are on Sundays.

Here is what I know about why we love the Super Bowl and how we celebrate Super Bowl Sunday.

He is Jewish. So when the Patriots win, you feel like you won. Mr. Kraft owning the team makes us feel good; knowing he is part of the tribe and arguing over why he didn’t donate that money to the Jewish day school your kids go to. Not to mention, they did build a nice little sports complex in Jerusalem, called Kraft Stadium, which makes it Zionistic to watch the Super Bowl. Hence, some anti-Zionists will be boycotting the Super Bowl this year and taking a leg.

Every other sport has Friday night and Saturday games. The NFL is the only league that loves Jews and is not anti-Semitic. You can celebrate the Shabbat and love professional football. That is why religious Jews don’t like high school football, college football, or badminton. You thought the football was a weird looking ball? Try adding feathers to it.

It is a Holiday

We love days with no work. This is why we love Shabbat and Passover. We would love football more if we got a day off in the middle of the week and it was called Super Bowl Tuesday. Better yet, make it a three day Super Bowl yontif.

We go for the party, the dinner. At first Jews had no idea the Super Bowl was about football. They thought it was the celebration of the kitchenware the guacamole was being served in.

Last Super Bowl party I went to, most of the people had no idea there was a game going on. They were too involved with the dips. I later asked my friend about the game and he gave me a play by play about the spread, and how the potato salad went perfectly with the cold cuts. Yes. There was brisket. It is a holiday.

Only One Day of Commitment

You can skip the rest of the season and still consider yourself a fan. It’s like not going to shul the whole year and then showing up on Yom Kippur.

As long as we don’t have to do it, we love it. It’s very relaxing seeing other people working hard and getting hit. Did I mention, Robert Kraft owns the Patriots. He doesn’t play.

It is good for our children see these grown men flattening each other. These are the perfect role models to encourage our kids to stay in school and not get hurt. That is how you turn a Torah scholar.

Two Armies Going at It

And the people being hit are not Jewish. It is like the old Jewish joke where the Jewish family is watching Ben-Hur and the mother is crying. The son tells his mom to not cry, as those are not Jewish children being eaten by the lions. A few minutes later the mother starts crying again. The son asks, “Mom. Why are you still crying?” His mother, all teared up, points to the screen, “That lion is not eating.” Great joke for the Super Bowl party. Forget about Julian Edelman and that other guy whose dad teaches Sunday school.

This is the reason we watch the clock. Every Jew knows the two minute warning. It is imperative that everybody in the house hears that there is only two minutes left in the half, so that we know when the excitement of the five minute concert is going to start.

The halftime show is when everybody goes in to watch the game. We love entertainment that has nothing to do with the thing we came to see itself. There is something about a laser light show with a geriatric entertainer that captures the imagination of our Jewish people. We love hearing thirteen different choruses, and that’s it. Greatest show.

It’s the kindness of the Jewish people that gets us excited to see The Who, Paul McCartney and Bruce Springsteen coming out of retirement to perform on a stage for a couple of minutes, and to not finish a song.

Finally, special mention to those who do not watch the half time show but instead use it as an opportunity to daven. Of course all fans will put in a word to Hashem on behalf of their favorite team. This of course assumes that Hashem is a football fan, which of course He is not. He’s into cricket. Go figure.

Anything to distract us from the Super Bowl makes the game more exciting for us. Food, singing, commercials. Anything but people throwing pigskin. We don’t watch the Super Bowl for that.

I have never heard a Jew talk about the game the next day. But they know everything that happened to the Geico gecko. That lizard is a hoot. He sounds like a British chap. Love it.

You have to respect Coke. The only company in the world still advertising when everybody is already drinking their drink.

Seats that Cost A Lot

This gives us something to talk about. The commentators are pointlessly conversing about the catch. Why? I want to know how much that guy paid for the ticket in the third row. That is more dramatic. Why are they not talking about Mark’s new business he opened and the Disney vacation he gave up for the seat in section 2A?!

Couple that with the conversation about how a half minute ad costs over five million dollars and that is a full Sunday evening’s discussion. That is what I am going to be hearing about tomorrow.

We do the same thing every year. The same holidays, same prayers, same complaints about the rabbi. The Super Bowl is also the same. Every year, right there on the field, Tom Brady and Bill Belichick. That is tradition.

Fifty-Three in Gematria is the Hebrew Word for “Rock”

I figured this article should include a Jewish word of Hebrew letters based on numbers. We love gematria. Now you can give a nice Torah speech at the party, and disrupt the game.

We Love Throwing Up Our Hands and Saying “Come On Ref!”

Jews love expressing disappointment. To all of the Rams and Patriot fans out there, half of you will be experiencing this.

How to Make Chanukah Religious Again

Money Talks
Vayelech 5783: Regret and Repent
Rabbi Sacks: Focus On the Important, Not the Urgent
Put Your Foot Down: Are Human Feet Poorly Designed?
Comments
MOST POPULAR IN Jewlarious
Our privacy policy
Aish.com Is Looking for Great Writers