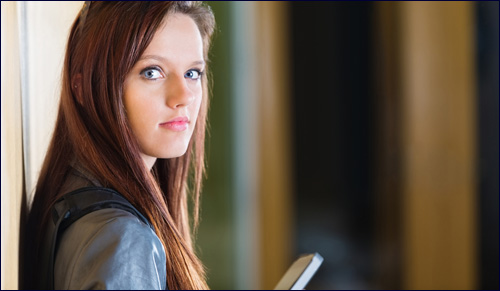 New research reveals that a many students find themselves in a fog of depression, confusion, and hurt.

When college freshmen arrive on campus, they expect to study, but many of them expect to party even more.

On campuses today, that partying usually involves drinking, sometimes to the point of passing out. No wonder the typical college party is dubbed “drunkworld.” And as Lisa Wade, PhD, documents in alarming detail in her new book, American Hookup: The New Culture of Sex on Campus, these parties usually have a single goal in mind: to engage in a “hookup” – physical intimacy between students who are veritable strangers. Students hope and expect that these trysts will be fun and exciting, a ticket to social acceptance and a validation of their desirability, even their value as an individual. Predictably and sadly, these encounters often result in deep feelings of regret, shame and anger.

In truth, a majority of students shun the hookup culture – or at least try to.

Dr. Wade’s book peels away several myths about college students and how they engage – or not – with the pervasive, oppressive hookup culture. College culture encourages promiscuity, but one of the biggest myths is that nearly all students indulge in these mindless, depressing encounters. In truth, a majority of students shun the hookup culture – or at least try to. Some get worn down by peer pressure and relent, but they, like the students who expected this “freedom” to be fulfilling, instead find themselves in a fog of depression, confusion, and hurt.

Dr. Wade’s research was culled from data from the Online College Social Life Survey, containing responses by more than 24,000 students over a six-year period. The associate professor of sociology at Occidental College in Pasadena, California also interviewed many of her own students and read hundreds of other first-hand accounts of intimacy on campus written for various media outlets, including college publications.

Dr. Wade does not condemn the practice of casual physical intimacy among college students. “As a sociologist, that’s not my job,” she explains. However, her research led her to conclude that the hookup culture is “an occupying force, coercive and omnipresent . . . Deep in the fog, students often feel dreary, confused, helpless. Many behave in ways they don’t like, hurt other people unwillingly, and consent to sexual activity they don’t desire.” The hookup problem is hardly limited to college life: “What’s happening on college campuses is happening everywhere.”

Her book is filled with first-person accounts (with much graphic language) of students who survived the hookup culture with varying degrees of trauma. Most are heartrending.

“I thought there was something wrong with me.”

“I arrived on campus with my innocence in my left hand, my morals in my right. I dropped them within two weeks of my arrival and they fell to the ground and crumbled,” one young woman wrote. A young man admitted that despite his background as one with substantial experience with physical intimacy and his expectations of a good time, “I (still) had values. College seemed to strip them away from me.”

One in three students interviewed said that their intimate relationships have been “traumatic” or “very difficult to handle.”

Most students don’t have the sense of self to reject the social pressure of the hookup culture. One in three students interviewed said that their intimate relationships have been “traumatic” or “very difficult to handle.” Ten percent say they had been sexually coerced or assaulted in the past year. This is all coupled with “a persistent malaise: a deep, indefinable disappointment” in their social experiences. “They worry that they’re feeling too much or too little,” Dr. Wade writes. “They are frustrated and feel regret, but they’re not sure why. They consider the possibility that they’re inadequate, unsexy, and unlovable.”

The cruelty of hookup culture has a snowball effect. Students who are judged as being “worthy” or not based on a one-second look are prone to feeling unhappy and insecure. Yet the more they are rejected, the more they feel the need to get another student to want them. And the most vulnerable students are the ones most likely to be targeted for exploitation or even assault.

When Dr. Wade reassured one student that it was perfectly legitimate for her not to want the partying-hookup action, she burst into tears. “I thought there was something wrong with me,” she admitted.

Although most campuses have clubs based on religious affiliations, the clubs seem to have little influence on the wider college culture. Even at religiously affiliated schools, Dr. Wade reports that the more religiously focused students do not feel supported by campus administrators in their moral views. “I have students who feel deeply alone in their faith and suffer ‘guilt beyond imagination’ for their hookup experiences,” she said in an interview with Aish.com. As for secular colleges, Dr. Wade has never heard them even mention the existence of the religious-based clubs.

College administrators are not focused on this issue, despite its widespread harmful impact on students’ emotions, and even physical health. They are focused on the very serious issue of sexual assault, apparently not connecting the dots between the pervasive and degrading hookup culture and how it may lead to the problem of sexual assault.

The deadening effect of hookup culture makes them fearful of trying to have a normal, romantic relationship during college or for years after.

Dr. Wade’s interviews with students show that the deadening effect of hookup culture also makes them fearful of trying to have a normal, romantic relationship during college or for years after. Students are too young to realize that it is impossible to separate acts of physical intimacy from emotion – even if they’re drunk. And those who learned to suppress or compartmentalize their emotions to protect themselves during their experiences are damaged emotionally. For many who have been victimized by the hookup culture, they have no idea how to have a real romance.

Dr. Wade worries about the trend lines that strongly encourage individualism and putting oneself first, coupled with the ongoing denigration of femininity. She asks, “Who will stand up for love and connection?”

Judaism stands up for love and connection. The Torah places safeguards around the temptations of physical intimacy because it recognizes its intense power and potential. In Judaism, intimacy is meant for marriage, where both partners ideally feel respected, safe, and loved. Even within marriage, there are boundaries meant to maintain both the excitement of that connection while securing needed space for each partner. Many in modern society criticize the Torah’s guidelines about intimacy as outdated. But as Dr. Wade’s book reveals, without guidelines that acknowledge human nature, “freedom” quickly turns to chaos on a personal, and even societal level. Ironically, the ancient yet timeless Torah teaches that it is exactly our wise boundaries that are best able to nurture the most respectful, fulfilling and loving relationships. 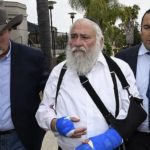 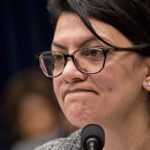 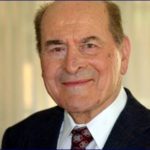 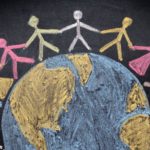 Thanksgiving and Praying for the World’s Welfare5 min read 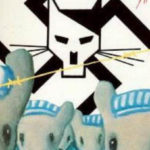 Banning Maus, a Holocaust Graphic Novel, from Schools Is a Mistake6 min read