Why are People Accusing Jews of Genocide? 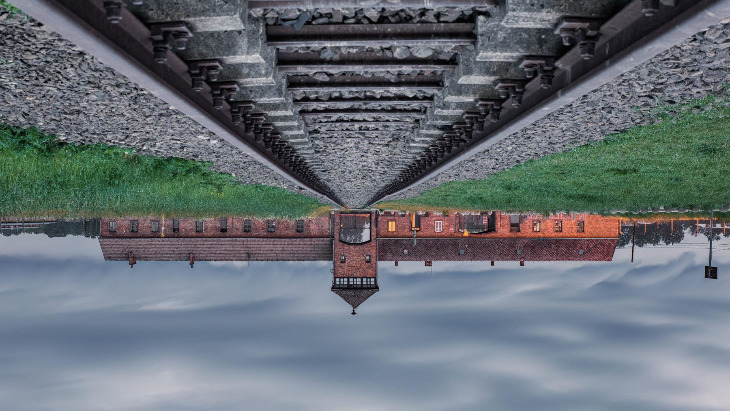 If you feel the need to preface an email with the caveat that people “will think I’m crazy after reading it”, it’s probably best not to press send.

Apparently no such qualms crossed the mind of Dave Bateman, a well-known and politically connected Utah businessman who until recently was chairman of the software firm Entrata, which he co-founded.

“There is a sadistic effort underway to euthanize the American people… I believe the Jews are behind this.”

Bateman sent an email last week to Utah’s leading business and political leaders – including Governor Spencer Cox – with the subject line “Genocide”. Bateman warned that “there is a sadistic effort underway to euthanize the American people… I believe the Jews are behind this.”

He went on to assert that Jews are behind the coronavirus pandemic and that somehow “Hasidic Jews in the US” are using Covid-19 to bring about the “systematic extermination of billions of people”.

Indeed, many of the people who read Mr. Bateman’s email did think he was crazy. He promptly lost his job and his story has become fodder for water coolers – and Zoom chat rooms – across the US. But his bizarre and untrue assertion that Jews are trying to commit genocide is as increasingly a common slur that’s finding its way into internet discussions and official discourse.

“We’re living in a very overwrought, overheated time,” explained Prof. Alvin Rosenfeld, Director of the Center for the Study of Contemporary Antisemitism at Indiana University, in a recent Aish.com interview. “There’s a great deal of polarization politically, a great deal of tension socially.” When times are fraught, Jews often are unfairly blamed for all sorts of society’s ills.

In the Middle Ages, Jews in Europe were routinely accused of poisoning wells and of killing Christian children. The idea that Jews were demonic and evil – and that they possessed extraordinary powers with which to carry out their fiendish plots – was a common belief. Today, examples of these same beliefs can be found bubbling up in some of the wackier corners of the internet and the slander that Jews act to harm others is becoming ever more mainstream.

In 2010, for instance, a loony blogger in Seattle posted the false claim that Israeli rescue workers in Haiti were using a field hospital they set up in the aftermath of the horrific earthquake there in order to kill Haitians and take their body parts. Instead of being dismissed out of hand as the baseless lie that it was, the slur soon spread around the world. The ADL documented the slander being repeated on Iranian television, on Hamas’ official media channels, and on the show of American media personality Alex Jones.

Sometimes it’s Israel, the world’s only Jewish country, that “is used as a sort of placeholder for Jews,” observes Prof. Jipson. Accusations that Jews commit genocide can easily transfer to accusations that Israel engages in – or at least aims for – the widespread killing of millions of people. When fighting broke out between the terrorist group Hamas and Israel in May 2021, some accused Israel of committing genocide. Actor Mark Ruffalo jumped on the bandwagon, tweeting that Israel was “committing genocide” by bombing Hamas targets. (Ruffalo later apologized for his tweet.) At the time, the ADL has documented a recent “dangerous and drastic surge in anti-Jewish hate”.

“Antisemitism is an easy trope,” explained Professor Arthur J. Lipson of the University of Dayton in Ohio, in a recent conversation with Aish.com. Prof. Lipson studies extremist hate groups in the United States and he’s noticed a common trend: no matter how their ideologies might differ, hating Jews is often something that all hate groups can agree on.

When people are scared, blaming Jews can seem like an easy way to assign blame for all our ills.

“Because of the history of antisemitism, it’s easy to access; it’s low hanging fruit. You don’t have to explain it – there’s (already) the assumption that Jews are bloodthirsty.” For hate figures who are trying to build up a following, stirring up hatred for Jews can be an easy way to mobilize followers.

Prof. Lipson points to the current pandemic and to the economic precariousness of many Americans as a reason that some people are being drawn to extremism – and to antisemitic conspiracy theories. It can be very tempting to believe that “you’re not unemployed because of any fault of your own: you’re unemployed because of this vast conspiracy that’s not only looking to deprive you of your livelihood, they’re looking to deprive you of your life as well.”

Writing in the Washington Post, Yair Rosenberg noted that “once you start looking, it’s hard to escape the fact that people just love accusing Jews of genocide.” Rosenberg points to accusations coming from both the extreme right and the extreme left. On the American Nazi website Stormfront, one user recently blamed Jews for the pandemic, asserting “This is one way the Jews will attempt to kill off the White Race.” At around the same time, a student minister in the National of Islam in Chicago blamed Jews for seeking to kill Black people by promoting Covid-19 vaccines.

Rosenberg posits two reasons for this. One is a perverse desire to accuse Jews of the very experience that has harmed them the most: genocide. “First, they weaponize the greatest Jewish trauma against the Jewish people... There is no better way to hurt someone than to fashion their most painful experience into a club with which to beat them...”

“In a masterful maneuver of moral juitsu, pinning genocide on the Jews allows the bigot to swipe the ‘Holocaust card’ and play it against them.”

A second, more dangerous reason that charges of genocide are so effective against Jews, Rosenberg states, is because doing so “frees non-Jews from the obligations to learn the lessons of the Holocaust.” Instead of acknowledging that much of the world inflicted a terrible wrong on the Jewish people – and instead of considering the possibility that perhaps, after having experienced the Holocaust, Jews might have a few lessons to teach the world about humanity - accusing Jews of genocide shifts the focus, enabling people to look down on Jews once again. “In a masterful maneuver of moral juitsu, pinning genocide on the Jews allows the bigot to swipe the ‘Holocaust card’ and play it against them. The victims are transformed into perpetrators, and their judgment is called into question.”

Prof. Rosenfeld agrees. He’s found that some of the increase in anti-Jewish hate “has to do with some people having enough of the Jews and their sorrows. They don’t want to hear any more about the Holocaust, and one way they react strongly in this regard is to turn tables on the Jews and make the former victims oppressors or victimizers.”

British comedian Davied Baddiel put it more bluntly: in the pantheon of modern-day victimhood, “Jews don’t count.” Increasingly, Jews are perceived as so bad, so evil, that any harm done to them must somehow be justified. Baddiel wrote an entire book about this called Jews Don’t Count. Even after the Holocaust, even with sky-high levels of anti-Jewish violence, he documents that time and again, even the most enlightened, even the most “woke” defenders of human rights have a blind spot when it comes to Jews: "They aren’t quite worth protecting.”

While some of the accusations of genocide that are being circulated online and even in real-life conversations can sound crazy, they can also do real damage. When people hear outlandish claims that Jews or the Jewish country want to kill, harm, control, dominate or wipe out other peoples, in time it can erode trust and increase suspicion and dislike of Jews.

In the face of so much fear and hatred, what can we do? One traditional Jewish response is to double down on our Jewish identity, drawing strength from our tradition and being proud of who we are. Let’s resolve to increase our Jewish pride, even in the face of hatred and rising antisemitism. When it comes to responding to anti-Jewish hatred, living our fullest Jewish life is the best response.

My Visit to Walter Reed Army Medical Center
Faith: the Axis Upon Which the Wheel of Science Turns
Love - Not Just About Chemicals Anymore!
Is There a Moral Code in a Virtual World?
Comments
MOST POPULAR IN Current Issues
Our privacy policy