How Jew-Hatred is Different from Other Forms of Prejudice 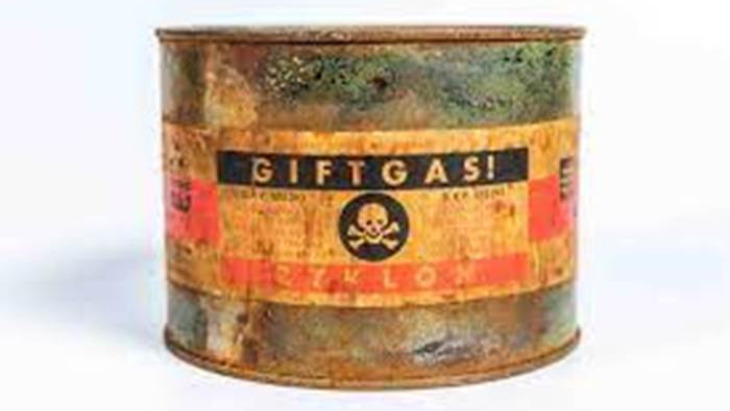 Antisemitism speaks the language of extermination.

Public officials were quick to speak out after the brutal July 1 stabbing of Rabbi Shlomo Noginski outside Shaloh House, the Jewish day school and synagogue in Boston's Brighton neighborhood. The sentiments they expressed were appropriate to the moment. They vowed to "stand with the Jewish community." They described the attack as "horrific." They declared they were "united against hate." They insisted that "an attack on any member of our community is an attack on all of us." They proclaimed that "antisemitism has no place in Massachusetts."

The words were fine as far as they went. Unfortunately, they didn't go very far.

That isn't meant as a put-down. Commonplaces and safe sound bites are part of most politicians' stock in trade. When an Orthodox Jewish rabbi is repeatedly knifed in broad daylight on a busy Boston street amid a national wave of antisemitic violence, it's natural that government officials should instinctively condemn the crime.

Jews constitute just 2 percent of the US population, but they are the victims in more than 60 percent of religion-based hate crimes.

Mere boilerplate, however, will do little to stem the surge of Jew-hatred that has reached levels not seen in America since before World War II. Jews constitute just 2 percent of the US population, but they are the victims in more than 60 percent of religion-based hate crimes, according to the FBI's most recent Hate Crimes Statistics report. On Thursday, the suspect arrested for stabbing Noginski, 24-year-old Khaled Awad, was formally charged with a hate crime. According to his former roommates, Awad is violent and "very much antisemitic" – so much so that one took out a restraining order against him after being attacked.

As a Greater Boston resident, a Massachusetts voter, and an observant Jew, I was glad to see public officials denounce the violent assault on the rabbi. In some quarters these days, simply condemning antisemitism has become a firing offense: Last month April Powers lost her job as chief equity and inclusion officer for the Society of Children's Book Writers and Illustrators after posting a message on social media deploring the "increase in hate speech and random violence against Jewish people." Astonishingly, that post generated a furious backlash because it didn't mention Islamophobia. Powers, who is black and Jewish, was forced to resign and inundated with death threats.

It is impossible to imagine someone losing a job for a statement decrying violent bigotry against Americans who are black, Asian, Muslim, or LGBT. Indeed, such statements are ubiquitous. They never trigger the kind of unhinged fury that was unleashed against Powers. The explanation for the difference is that antisemitism itself is unhinged. It is a derangement. Jew-hatred is fundamentally different from other forms of prejudice or group animus. That's one point worth underscoring by anyone who wants to go beyond mere platitudes when addressing antisemitism.

Antisemitism is an assertion of impurity and speaks the language of extermination.

Racial prejudice is incontestably vile, as are hatred of Muslims or Catholics, sexism, and anti-gay cruelty. Bigots demean fellow human beings, abusing or repressing them because they regard them as inferior.

But antisemitism is something else. The most dangerous antisemites don't regard Jews or Judaism as inferior but as the embodiment of what they revile most. For millennia, antisemites have identified Jews with whatever in their worldview was ly detestable or treacherous: Medieval Christians abominated Jews for not worshiping Jesus. Communists painted Jews as greedy bourgeois capitalists. Industrialist Henry Ford accused Jews of manipulating the global economy. The Nazis depicted Jews as vermin polluting German racial purity. America Firsters charge Jews with being disloyal. White nativists and xenophobes blame Jews for promoting immigration. Black nationalists smear Jews as racists who caused the slave trade and Jim Crow. Haters of Israel ostracize Jews for supporting the Jewish state. Islamists abhor Jews because Zionism subverts Islam's hegemony in the Middle East.

Antisemitism has existed for as long as Jews have existed, shape-shifting to fit the times. It has proved the most ineradicable of hatreds because, like a virus, it mutates. "In the Middle Ages, Jews were persecuted because of their religion," noted the late Rabbi Sir Jonathan Sacks, a member of Britain's House of Lords and a renowned public intellectual. "In the 19th and 20th centuries they were reviled because of their race. Today, Jews are attacked because of the existence of their nation state, Israel. Denying Israel's right to exist is the new antisemitism."

If public officials genuinely seek to "stand with the Jewish community" against the rising flood of Jew-hatred, it is critical that they anathematize it especially when it comes from their side of the political divide. It was easy for progressives and Democrats to express horror when a right-wing murderer opened fire in a Pittsburgh synagogue, but many were reluctant to condemn the numerous attacks on US Jews and Jewish institutions by anti-Israel fanatics during the recent fighting in Gaza. Diehard Republicans haven't hesitated to blast the ugly antisemitism of Representative Ilhan Omar, but when a Republican congressman advertises a fundraiser with a white supremacist Holocaust-denier, the GOP chorus of outrage grows faint.

It is critical, too, for black leaders who are outspoken in calling for racial justice and the eradication of every trace of racism to be equally outspoken about the disproportionately high levels of antisemitism among black Americans. This isn't a new phenomenon: Back in 1992, Henry Louis Gates Jr., who chaired Harvard's Department of Afro-American Studies, was lamenting data showing "that blacks are twice as likely as whites to hold antisemitic views." Black perpetrators have been responsible for some of the deadliest hate crimes against Jews in recent years, including a bloodbath at a Jersey City kosher market. Yet few black elected officials have emerged as stalwart leaders against antisemitism. One who has is Representative Ritchie Torres, a progressive Democrat who bluntly names the "hysterical demonization of Israel" as a cause of much antisemitic violence.

More than ever, Jews need allies who can speak knowledgeably and frankly about the threat posed by the spreading plague of antisemitic hatred. They need public officials who can repudiate antisemitism without buts or caveats, and not as merely one of many forms of bigotry. They need politicians who understand and can articulate that, adjusting for population, Jews are far more likely to be the victim of a hate crime than members of any other minority group.

A timeless lesson of history is that antisemites only begin by targeting Jews; rarely do they end there. Islamist terror sent many Jews to early graves before eventually doing the same to thousands of Americans on 9/11. The Nazis commenced by incinerating Jews; in the end, all of Europe was aflame. Antisemitic hatred and violence endanger American society as a whole, not just Jews in particular. Never within living memory has it been so important for public officials and opinion leaders to understand that. Never has it been more vital for them to say so.

Doing Jewish and Responding to Terror

I'll Do It Tomorrow
What Makes Eli Run?
The Tyranny of Materialism
Science Enters the Mysterious Inner World of Consciousness
Comments
MOST POPULAR IN Current Issues
Our privacy policy