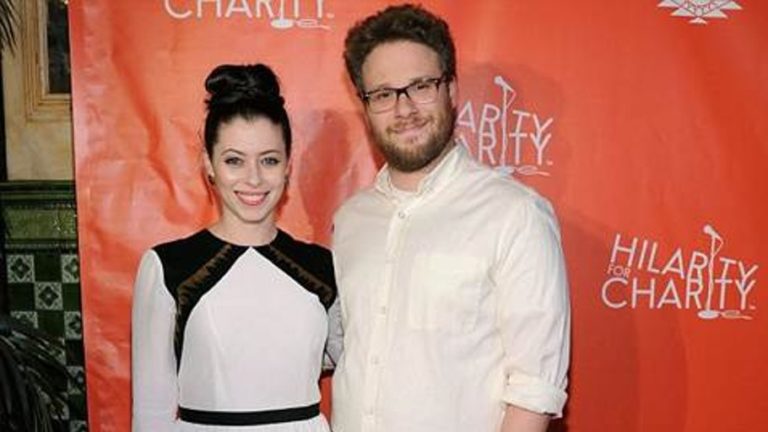 The Hollywood couple is the driving force behind a movement dedicated to raising awareness, inspiring change and accelerating progress in Alzheimer’s care and research.

Seth Rogen is famous for his hilarious movies, but what many people don’t know is that behind the laughter, Seth and his wife, actress and screenwriter Lauren Miller Rogen, are the driving force behind Hilarity for Charity, an organization that brings awareness and important funds to those suffering from Alzheimer's Disease.

I had the opportunity to speak to the devoted couple who have been married for 7 years. Despite their celebrity status, Seth and Lauren immediately put me at ease with their warmth and genuineness. “My fame is a much smaller part of my life than the fact that I have a job that I really, really like, and I am able to express my inner self,” Seth says. “The older I get, the more I realize there are so few people that like their jobs at all. Lauren and I both have jobs that allow for self expression, and we are incredibly fortunate for that.”

Lauren attributes Seth’s authenticity as the secret to his success. “He has been successful because he keeps leaning into his personal strengths.” Of her own success as a writer, Lauren explains, “You have to know what it is that you want. I always have clear goals, and it’s precisely when I am clear about them, that I am able to achieve them.”

“And the only way you can passionately work hard at something long term,” Seth adds, “is when you are doing what is authentic to you.”

Lauren’s mother was diagnosed with Alzheimer’s at the young age of 55.

The Rogens have experienced their share of rejection over the years. “As creative people, we experience rejection all of the time,” Lauren says. “It’s part of what we signed up for. But I have never been the type of person to take no for an answer.”

“We just need to keep on going and move on,” Seth says. “I usually tell myself it is not personal. Just try again or try someone else.” 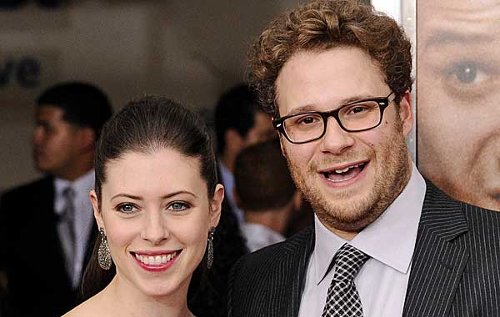 The couple’s focus and perseverance has deeply impacted their personal life as well. Lauren’s mother was diagnosed with Alzheimer’s at the young age of 55. “My family felt sad and hopeless about any kind of action we could take,” Lauren says. “One day, a friend suggested we do a comedy show to raise money for Alzheimer's. With the overwhelming response, it soon became clear that this was not going to just be an event, but that we needed to be an organization.”

In 2012, Lauren and Seth founded Hilarity for Charity, an organization that aims to raise awareness and crucial funds for Alzheimer’s disease.

The organization grew organically. “When we started talking about it,” Seth explains, “people would reach out and comment that they have the same story, and that is when we realized that we are not in this alone. There are so many people going through the very same thing and want to share their story.”

The family has chosen to focus on what they have the power to change rather than the circumstances that are out of their hands.

As Lauren’s mother’s condition continues to progress, the family has chosen to focus on what they have the power to change rather than the circumstances that are out of their hands. From the tragic illness, a beacon of hope and positive change has emerged thanks to Seth and Lauren’s dedication and hard work. And that change has had not only national and global implications, but personal ones as well.

“Creating this organization heals me,” Lauren says. “Since there is no treatment or cure for Alzheimer’s, there is very little action to take. So the fact that we’ve raised almost ten million dollars, and have given away over two hundred thousand hours of care, helps me feel that I have power over something which I actually have no power over at all. It has made me feel so positive, (in a place) where I used to feel so very negative.” 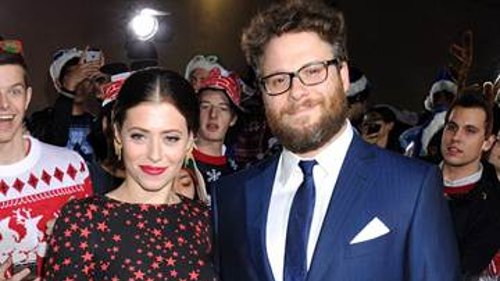 Creating Hilarity for Charity and seeing the impact it is making is the source of the Rogens’ greatest pride. At a recent Hilarity for Charity event, Kermit the Frog joined in to sing Rainbow Connection. “It was not about the specific song, or detail, but rather what it all represented,” Lauren explains. “As we stood there singing on stage, we realized that we had created an organization so big that even the Muppets were willing to participate. That moment did not come out of nowhere; we had created something real and tangible.”

“That was a moment of genuine nachas!” Seth adds.

Seth and Lauren give all of us nachas for the incredible work they have done, turning one of life’s most challenging obstacles into an opportunity for growth and impact. As Kermit sings, hopefully “someday we’ll find it” – a cure for Lauren’s mother and everyone else currently suffering from Alzheimer’s Disease.

May this article be a iluy nishmat for Yehudit Sharon bat Miriam.

When Bob Saget Wrote Me a Letter and Rocked My World
Chukat 5782: Let’s Play the Blame Game!
The Sin of Moses: The Two Ways to Communicate
In Aftermath of Chicago’s July 4th Shooting, Local Moms Provide Countless Points of Light
Comments
MOST POPULAR IN Current Issues
Our privacy policy