Heroism and the Ghost Army of WWII 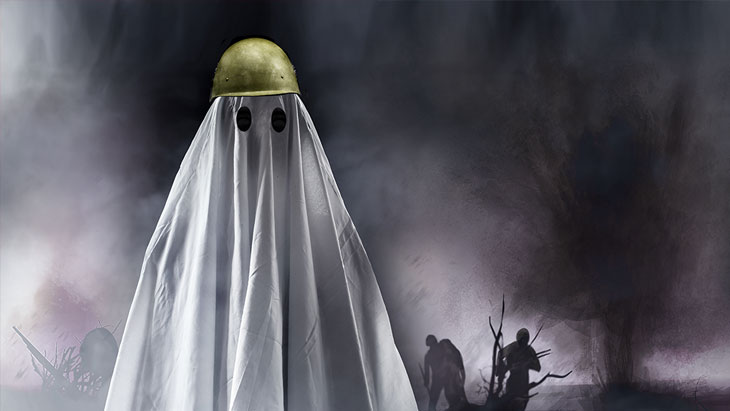 Gilbert Seltzer, a veteran of a top secret Ghost Army troops, has died.

Lt. Gilbert Seltzer, a celebrated Jewish architect and decorated World War II veteran has passed away at the age of 106. He served in a top-secret military unit during the war whose secrets were closely guarded for 50 years after the end of fighting. He was the oldest living veteran of the “Ghost Army”, a group of 1,100 American soldiers who created elaborate illusion that there was a large American military battalion stationed where none existed.

The Ghost Army began in 1944, during the days leading up the the Normandy Invasion. A group of American soldiers with backgrounds in the arts were gathered together and offered a dangerous mission: create decoys to draw Nazi fire while actual American battalions operated elsewhere in the vicinity. 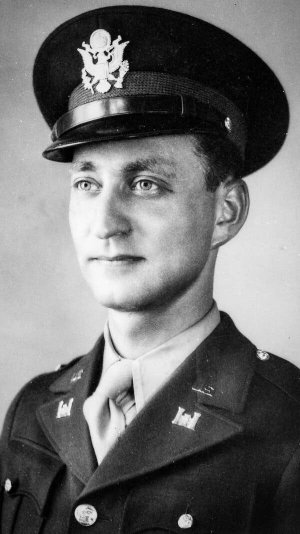 It was the brainchild of Staff Sgt. Ralph Ingersoll. Before the outbreak of war, Ingersoll was a celebrated writer and the founder of a left-leaning New York magazine called PM, whose defining principal was being “against people who push other people around.” By 1944, Ingersoll was working in “Special Plans”, figuring out ways to deploy non-traditional forces. Inspired by Operation Bertram, in which British forces had used dummy guns and tanks in their victory over Nazi forces at El Alemain in Egypt in 1942, Sgt. Ingersoll thought of creating something similar within the US military as it raced across Europe in the aftermath of the Normandy Landings.

“My prescription was for a battalion that could imitate a whole corps of either armor or infantry,” Sgt. Ingersoll later recalled, “a super secret battalion of specialists in the art of manipulating our antagonists' decisions.” He thought it seemed far-fetched, but the military authorities believed it could work and started forming the top-secret unit alongside preparations for the Allied landings in Normandy.

Going to war against Nazi forces by creating ersatz military bases, dummy tanks and fake guns was incredibly risky. “We came to the conclusion that this was a suicide outfit,” Lt. Seltzer recalled. Despite the danger, he signed up for the unit, along with about 1,100 other soldiers. 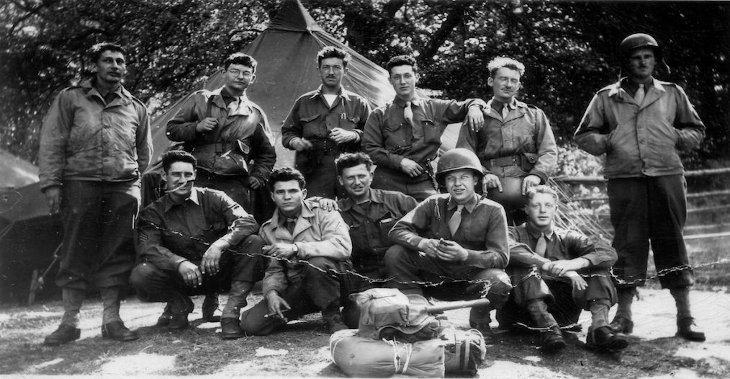 They arrived in France with cargo trucks full of sound equipment, records, inflatable tanks, and other props. “We would move into the woods in the middle of the night, going through France, Belgium and Germany, and turn on the sound,” Sgt. Seltzer recalled, “so it sounded like tanks were moving on the roads. The natives would say to each other, ‘Did you see the tanks moving through town last night?’ They thought they were seeing them… Imagination is unbelievable.”

Ghost Army soldiers built replicas of airplanes, tanks and trucks and covered them with camouflage net, purposely doing a bad job so that Nazi reconnaissance units could spot the pretend equipment. They recorded records of real American troops and convoys and played them at top volume from special speakers to fool the Nazis and local villagers. Ghost Army soldiers also exposed themselves in broad daylight, frequenting local cafes and spreading rumors about there being a large American military presence in the area where they were creating their painstaking illusions. 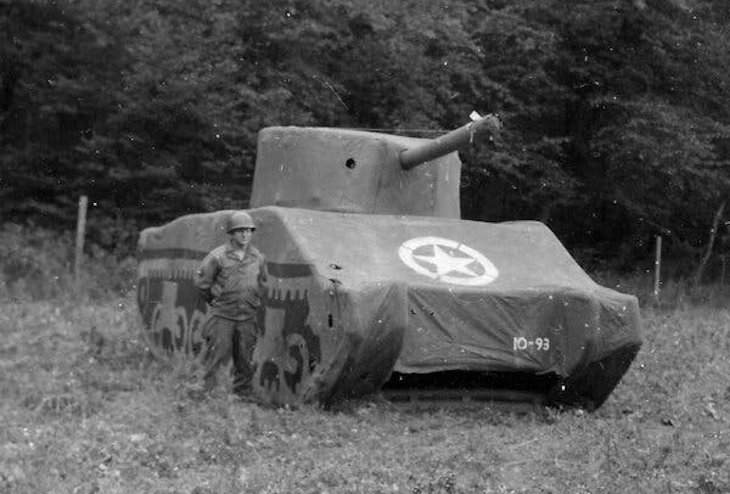 In an image from the 2013 PBS documentary “Ghost Army,” a soldier stands next to an inflatable rubber Sherman tank. It took about 30 minutes to inflate a single tank.

The Ghost Army eventually took part in 20 major operations. One of the most daring came in March 1944. Allied forces had crossed France; the next target was entering into Germany, but the Rhine River formed a formidable barrier. Without crossing the Rhine, Allied forces couldn’t succeed in finally subduing Germany, yet the river’s bridges were fiercely guarded by Nazi troops. The 23rd Headquarters Special Troops were called in to help.

They positioned themselves ten miles south of the location where the American Ninth Army Division was planning to cross the Rhine, and went about creating a major diversion. They inflated their tanks, and created realistic looking airplanes, cannons, trucks and guns. They blared the sound of American troops building pontoon boats and sent out radio messages indicating a large buildup of American troops in the area.

Their trickery worked: Nazi troops fired on the Ghost Army soldiers, while four American Army divisions crossed the Rhine in the largest amphibious operation since D-Day. “We are credited with saving as many as 30,000 men, which I think is an exaggeration,” in their Rhine operation, Sgt. Seltzer later recalled. “But if we saved one life it was all worthwhile.” 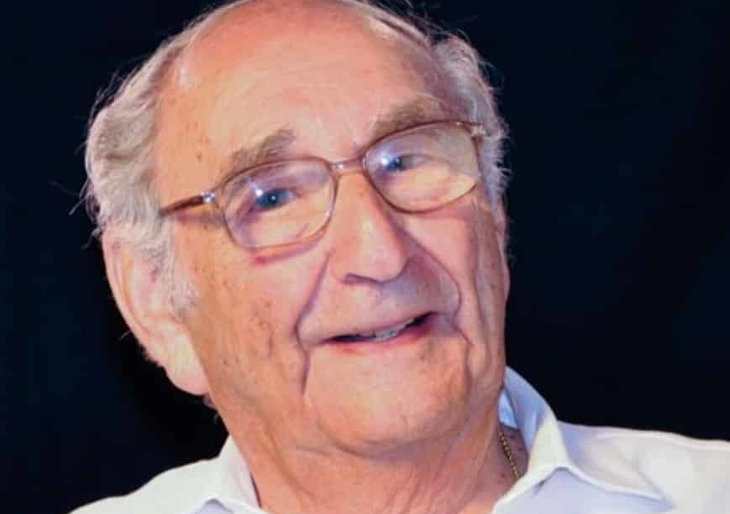 After the war, Sgt. Seltzer, a native of Toronto, returned to New York, where he’d worked as an architect and resumed his career. Other notable veterans who served with Sgt. Seltzer in the Ghost Army included Bill Blass, the fashion designer, the artist Ellsworth Kelly and photographer Art Kane. Speaking of his time with the Ghost Army, Sgt. Seltzer recalled, “It was a very proud time in my life… I am very happy I went through it, but I wouldn’t do it again for anything.”

The Ghost Army deserves to be better remembered today, and Sukkot is an ideal time to recall and celebrate their heroism and incredible achievements. As we move out of our seemingly solid houses this Sukkot and spend this beautiful holiday in the flimsy sukkah, we can ask ourselves what is truly real and solid in our lives and what is illusion.

Outside, with nothing to shield us from nature, we’re aware of our dependence on the Divine in a visceral way. In the sukkah, it’s not our property or our wealth that truly define us; stripped of our material possessions, we’re free to ponder who we truly are at our cores. What do we want to accomplish? What do we value? What false truths and illusions are we operating under? What ghost armies do we unthinkingly believe in or follow in our own lives today?

Jewish Wishes for the Royal Baby

My Pharaoh
Why Are The Prayers Of Yom Kipur So Repetetive?
Ha'azinu 5783: A Time for Unity!
Twisted Thinking
Comments