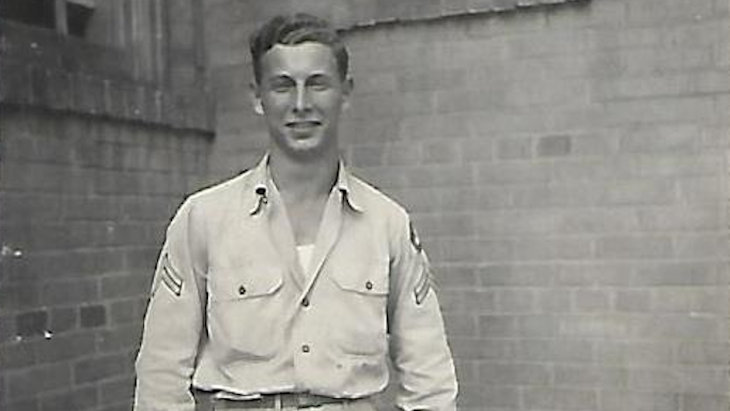 My grandfather was the coolest grandpa a kid could want.

I might not have been here. But my grandfather miraculously survived a U.S. Army Air Corps bomber crash during World War II, so this story can be written.

He never spoke about the details, but news reports say the accident happened the night of August 8, 1943 during a routine training flight. My grandfather’s aircraft plowed into the harsh desert 120 miles west of Salt Lake City, Utah. Crash-landing into what is now Interstate 80 then skidding off the road onto nearby Western Pacific railroad tracks. Minutes later the bomber was slammed by a freight train resulting in a 26-car pile-up and what the Associated Press called a “dizzy pyramid of destruction.”

One pilot was killed and 10 others were dragged from the wreckage and survived, including Irwin Landau of New York, New York.

My grandfather’s father Joseph came to America with his family through Ellis Island in the early 1900s. Emigrating from the town of Leczyca (Lentshizer in English), Poland, they stayed in touch in the New World through their Young Friends of Lentshizer organization. Last month during Thanksgiving week my grandfather, born in 1924, was buried alongside his compatriots in the group’s dedicated plot in a New York-area cemetery.

Irwin Landau, in the US Army Air Corps

Irwin Landau was an unpretentious working man busting his hump in uptown Manhattan selling and repairing jewelry for most of his post-military career. Blue collar was all we knew. But many not-so-distant kin were actually from the opulent side of the tracks. To name a few, his aunt Mitzi Landau was the mother of Aaron Feuerstein, famous textile manufacturer and philanthropist. A cousin of my great-granduncle Rabbi Raphael Victor Landau told me our lineage is descended from the renown 1700s rabbi and community leader Yechezkel Landau aka the Noda Biyhudah. Another relative, the late Dr Arthur Landau of Cape Town, was on the team of doctors that performed the first heart transplant in South Africa.

The starting point for this genealogy was the deepest link, my grandfather Irwin, even though he himself stubbornly didn’t keep in touch with family beyond a few people. Not sentimental, he’d throw away old pictures. But he could also be fiercely loyal, taking care of his immediate family with home loans, elbow grease installing a living room floor, and often bringing food and gifts to our house. In a more dour example, never giving up on one of his children who encountered numerous run-ins with drugs, the law and abusive relationships. Grandpa was tough but loving, strong but extremely sensitive. All wrapped in an acerbic, wry sense of humor. Complicated. 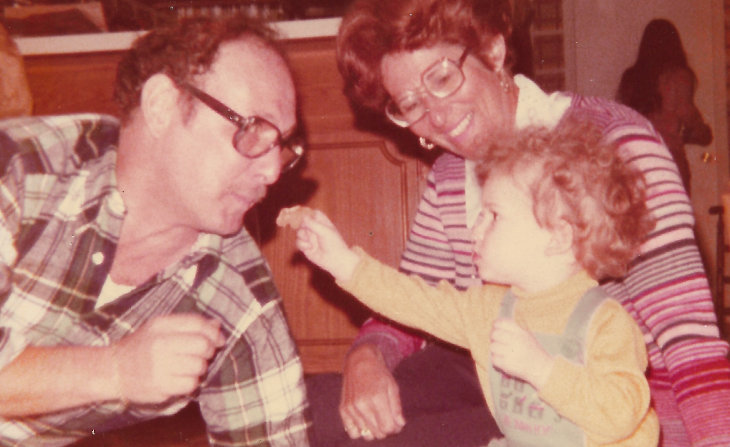 My grandparents and me.

Grandma and Grandpa Landau were the coolest grandparents a kid could want. They had a majestic (to me) two-story house in Queens, NY with a lovable schnauzer Brandi who would careen down the linoleum kitchen floor as soon as you announced you had a “cookie” for her. My parents divorced in the 1980s and mom moved my sister and I across the country to Arizona. From then through college, my grandparents wrote me a tome of letters and even attended my graduation at Arizona State University. They always encouraged me to focus on my studies to set myself up for success. They mentioned that at least once in every single letter and telephone conversation. During college broadcasting school they were enthusiastic about my radio, TV and newspaper reports I’d mail them.

I stayed the course for a while after college, pursuing a print reporting career. Our relationship started to dissipate when I decided to drop everything at the age of 23 and head to Los Angeles to chase my dream of working in movies. My grandparents didn’t understand the decision, didn’t know what to say, my grandfather even encouraging me to “get a trade,” a far cry from the fervent cheering I received all through college. But they both continued to hope and pray for my success and well-being, even if through a haze of not fully understanding my plan or endgame. 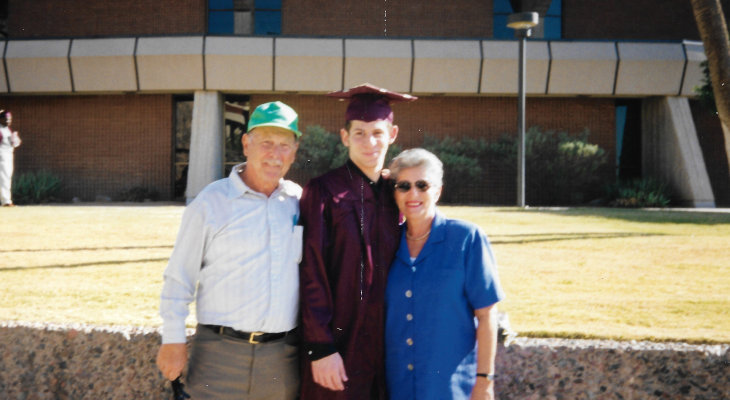 Everything changed in 2011 when my grandmother Phyllis Landau ascended, and my grandfather was never the same. He lost one of his three sons, my father Joel in 1991, and took it very hard. But losing his wife of 60+ years was most likely his soul’s knock-out punch.

His health was always great until midway through 2020 when he started losing his faculties and consequently relatives relocated him from Florida back to a New York assisted living facility. Still driving until 95 years old, this was probably the last straw. Losing his independence, in my opinion, made my grandfather check out.

Shortly before he died we spoke on the phone. His memory was atrophying and he couldn’t recall much. He told me he talked recently with his late brother Norman Landau (who spent his entire career in the U.S. Navy) about “the service [military].” Some people would posit that’s an old man losing his mind and thinking his deceased brother is alive. But to me, Irwin Landau was transitioning to the other side and starting to interact with souls there, including his brother who crossed over in 2018.

The more I think about death, the more I think that towards the end we have one foot in the tangible world and one in the astral. Those two realities intertwining would confuse anyone. At the terminus of that final phone call, grandpa said, “I hope I get to meet you some day.”

I hope to see him on the other side eventually, but until then he has a lot of catching up to do.

Here on Earth, I’ll apply the lessons learned from my grandfather to make this life the absolute best it can be.

Seth Landau is a journalist and writer/director/producer/actor. His reporting has appeared in Voice Media Group, The Arizona Republic and more. His films including Take Out and Bryan Loves You have been released across all digital platforms. Although now assimilated to the Pacific coast and Southwest, he is forever in his heart and soul a New Yorker.

Run While You Can

My Blood Clot in My Brain

Our Deadly Battle with COVID-19

The Chassidic Rebbe and the Guinea Pig

My New Jewish Name
Why Are The Prayers Of Yom Kipur So Repetetive?
Ha'azinu 5783: A Time for Unity!
Twisted Thinking
Comments