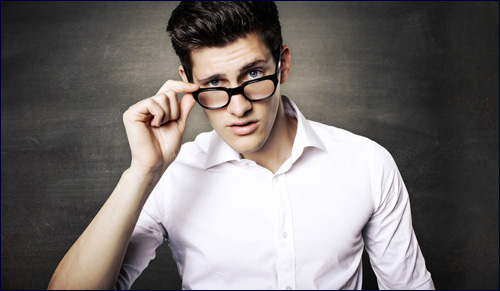 Don’t you get annoyed when people want to point out that you said something stupid and say, “Hellllooooo?!?!”

I try to get along with people and not let the little things bother me. If someone does something that annoys me, I just passive-aggressively write about it in an article, using fake names, and then maybe send it to his house, tied to a rock.

One expression that really gets my goat is the expression, “to get someone’s goat”.

So yes, it annoys me when people say certain expressions, such as “literally”, and “I could care less”, and “no offense”, and “it is what it is”. Granted, it could be that the reason these things annoy me is that I’m a writer.

It’s like if I was a barber, and I would find myself in a conversation with someone who had one or two extra-long hairs sprouting out the side of his head, that he’d apparently missed during not one, but several consecutive haircuts. I’d be nodding along to whatever he was saying, but the entire time I’d be thinking, “Hairs. Two hairs. Why are they longer than the rest? If I just reached out and cut those hairs while he was talking, would he pause, or could we just go on and pretend that nothing happened?”

But judging from feedback I’ve received from aish.com readers when I have brought up this topic previously, I am not alone. Apparently, either everyone is annoyed by these things, or aish.com is read almost exclusively by writers.

For instance, a lot of people are annoyed by the expression, “Hello?” They don’t have a problem greeting people per se. They’re okay with that. It’s more the “hello” with a question mark, that people say right before they’re about to point out that you said something stupid.

“Hello? That barber metaphor was ridiculous.”

Hello?! We already said hello twenty minutes ago, when you came in. How do you not remember?

“Well, when I first saw you, I thought you brought your brain too. I’m just now realizing you didn’t. Hello? And now there’s an echo.”

And what do you say if someone does something ridiculous on Shabbat? Because no one really says “hello” on Shabbat.

We also get very annoyed when other people say things incorrectly. Take the phrase, “Nuff said”.

“Nuff said. In fact, so much has been said that I don’t even have nuff room for the “e”. Or for the extra letter that would come from spelling it “Nough said”. And anyway if I wrote “Nough said”, people would have nough idea how to pronounce it.”

I think that part of the issue with some of these expressions is that the world is changing every day. With new inventions come new ways of life and new expressions, but unlike the old inventions, no one bothers to phase out the old expressions.

Take the expression, “That’s the best thing since sliced bread.” I’m not going to deny that sliced bread is pretty awesome. Before sliced bread, if you wanted to make a sandwich, you had to smear cream cheese on top of one loaf of bread, and then put a second loaf on top of that. It took the better part of a week to eat a sandwich. But there must have been at least one really good invention since then.

Or take the expression “Beat around the bush.” Apparently, at some point in time, people sometimes put “beat a bush” on their “to do” list, but they didn’t want to do it right away, so first they’d beat the air around it. I don’t know.

Okay, so I know what that expression means. It means that a sure thing is better than two maybes, and it comes from the days where people caught their own food. But honestly, if there were two birds in a bush, they wouldn’t even be maybes. There’s no way I would catch them. I’d approach the bush, ready to run away at any moment, flinching and blinking and knowing that, to begin with, I’m already outnumbered. I don’t even know that I could keep the other one in my hand. One little move on his part, and I’m running. I’ll have a giant sandwich for supper.

In fact, there are a lot of expressions from back when people dealt with animals all day. One expression that really gets my goat is the expression, “to get someone’s goat”. Does it mean to take away his goat? Or does it mean to bring him his goat, as in, “Can you get my goat? I left it at the airport.”

Or is it like, “Okay, I’m going to try to catch those birds. If anything happens to me, you get my goat.”

“Really? Those things are like 4 zuzim at the store. My father got it for two.”

“But where would I keep it? I have a one-room house. Should I tie it to my bed? I don’t think it will get along with the sheep.”

Or how about the expression, “Don’t look a gift horse in the mouth.” Why? Are birds going to fly out? I don’t understand why someone would look in its mouth. Someone gives you a horse as a gift – and no one’s EVER done that for me by the way, even as a wedding present – and your first reaction is to give it a dental checkup?

So I looked it up, and it turns out that horses grow more teeth as they age, and if you know what you’re doing, you can tell how old a horse is by looking in its mouth. You can also tell what its last meal was. Basically, it’s like the equivalent of popping a car hood open or checking its mileage. But we don’t have a lot of horses, so we don’t know those things.

You have to realize that the entire purpose of these expressions, when they were formulated, was that everyone knew what the metaphor meant, and you were using it to illustrate whatever you were talking about. Nowadays it’s more like, “I understood what you were saying until you brought in this other thing. What do you mean, “Don’t look a gift horse in the mouth? Is someone getting me a horse? Where am I gonna keep him? I don’t think he’ll get along with the goat.”

Or take the expression, “He’s smart as a whip.” What does that mean? Are you calling him smart, or not? There is no way to know. I’m not actually sure what it means, because I’ve never used a whip. I don’t think that it’s based on a pun, is it?

“Well, getting hit by a whip “smarts”, so therefore I’m going to compare it to this guy’s intelligence.”

I doubt it. So maybe it means as smart as the invention of the whip. It was the best invention since sliced cold cuts. Before whips, if you wanted your horse to go faster, you would have to manually lean all the way forward and potch it.

Oh, you didn’t know it was a slow horse? You should have looked in its mouth.

No, not while you’re riding it.

The New Jewish Calendar
Don’t Believe in Other Gods Versus God is One
Seeing Without Eyes
Why Shouldn’t We Eat Whatever We Want?
Comments
MOST POPULAR IN Jewlarious
Our privacy policy
Aish.com Is Looking for Great Writers