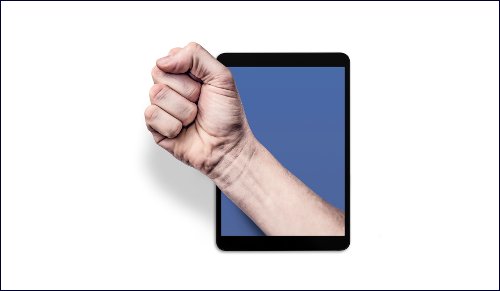 The university’s controversial decision is teaching an important lesson about the consequences of our words.

Harvard University is rescinding admissions offers for at least ten students due to offensive Facebook memes.

With an admissions rate hovering around 5%, Harvard is one of the most selective universities. The future class of 2021 enthusiastically started coming together even before classes started, meeting on social media. Harvard itself started an official Facebook group, encouraging students to “meet your classmates, share where you’re coming from, ask questions, keep in touch, etc.”

Most admitted students accepted. “A lot of students were excited about forming group chats with people who shared similar interests,” Jessica Zhang, a member of the Harvard class of 2021, explained to Harvard’s student newspaper.

But for some students, online conversations quickly turned darker. Some students spun off to form a subgroup, then another subgroup within that. Posts about social memes spun out of control, with some students posting comments mocking the Holocaust, finding humor in memes, images or jokes about harming or even killing children and racial and ethnic minorities.

In April 2017, when the Harvard Admissions Office became aware of what was going on, it requested that students send them the memes they’d circulated. Then they terminated their offers of admissions.

The decision has split student opinion. One incoming Freshman whose offer was not revoked expressed a typical reaction: if the students were threatening physical harm, then Harvard is right to revoke their admissions offers. If the students were merely sharing images and jokes, “I think people can post whatever they want...I don’t think the school should have gone in and rescinded some offers….” she explained to the Harvard Crimson.

This view is widespread, and not only at Harvard. Sharing posts that would be embarrassing or wrong if delivered in person can somehow seem more acceptable in the relative anonymity of cyberspace. People make comments in social media that they would never had uttered face to face.

There’s some science to explain why this is so. In one landmark study, researchers showed that people display high degrees of awareness about other people’s emotions when they are in a room together. But when subjects interact online, they show markedly lower abilities to gauge others’ feelings. That anonymity gives us the illusion of freedom.

Many barriers that have prevented us from expressing harmful remarks are being broken down.

In the process, many of the barriers that have long prevented us from expressing harmful remarks are being broken down.

Judaism emphasizes the importance of watching what we say. King Solomon, considered the wisest person in all of Israel, warned that “Life and death are in the hands of the tongue” (Proverbs 18:21). This is no exaggeration: there are times when an unkind or humiliating comment can cut a person down to size. Embarrassment is akin to shedding blood (ever wonder why the reaction to humiliation is blushing?) since at that moment the person shuts down and cannot function.

And there are even times when bullying and malicious gossip drives people to seek to end their lives. The Talmud warns that gossip can “kill three people”: the speaker, the listener, and the subject of the gossip being spoken (Archin 15b).

It’s a powerful reminder that what we say matters, whether the words leave our mouths or are expressed through social media. You are responsible for the havoc your comments can wreak.

A famous Jewish story illustrates this. A person enjoyed speaking gossip and slander his whole life. Finally, when he was very old, he regretted all the damage his words might have done, and went to a rabbi to ask how he might atone. The rabbi listened to his story, thought for several moments, then instructed him to go home and fetch a feather pillow from his bed. When he returned with the pillow, the rabbi told him, “Go outside, cut open your pillow and shake it. Then come back to me.”

The man did as the rabbi advised and returned. “I did as you instructed and all the feathers were swept away by the wind.”

“Good,” the rabbi said. “Now go gather up all those feathers and put them back in your pillowcase.”

“Exactly,” the rabbi replied. “The same is true with your hurtful words. Who knows where have they scattered by now?”

And in our age of the Internet, our words are immediately sent into an eye of hurricane.

At least ten students, whose words were particularly noxious and harmful, will now have to get a college degree from somewhere else besides Harvard. But Harvard’s given them one valuable lesson: words matter. What we say has very real consequences and it’s up to each of us to use our awesome power of speech wisely.

My Car
Near Death Experience Panel
The Western Wall: The Heart of the World
Ask the Right Question: Tisha B’Av
Comments
MOST POPULAR IN Current Issues
Our privacy policy
Aish.com Is Looking for Great Writers