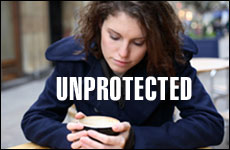 A college campus psychiatrist tells students everything they really need to know about intimacy.

In her long experience as a college campus psychiatrist, Miriam Grossman had treated students with eating disorders, depression, anxiety, sleeplessness, and broken hearts. Their pain touched Grossman, but as a medical professional, she had learned to leave office concerns at the office -- until she met Brian. 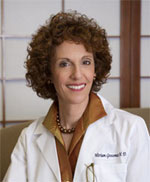 Brian had come to her for help in quitting his cigarette addiction. But Grossman was alarmed that Brian, openly gay and equally open about his promiscuity, had never been tested for HIV and had no intention to do so. "It's hard to be monogamous," Brian shrugged, adding that he preferred simply not to think about the possible consequences of his lifestyle.

Knowing how dire these consequences could be, Grossman advised Brian to limit his partners and use protection. But when she began to look into what other steps she could do to protect him from himself, she hit a brick wall. Like other doctors, she has the right to report those who may be carriers of a dangerous infectious disease, such as tuberculosis. She has the legal right to hospitalize a suicidal or homicidal patient, even if it is against their will. Yet there was nothing she could do to compel Brian to get tested for HIV or to inform his partners of their risk for developing the virus.

Health professionals assume that students  make smart decisions, even in the area of sexuality.

Grossman wondered, "Why was I mandated to protect a patient with TB, but not Brian? After all, TB can almost always be cured, whereas when HIV becomes AIDS, it is nearly fatal."

This situation was the final straw in the psychiatrist's ongoing frustration with "the bizarre world of politically correct medicine," a world she explores in her book, Unprotected: A Campus Psychiatrist Reveals How Political Correctness in Her Profession Endangers Every Student. Her goal is for the book to be a wake-up call to students, their parents, and the health educators whose approach to student health she believes hurts students.

"Campus health professionals tell students that self-control is appropriate when it comes to diet and exercise, smoking, and drinking," Grossman observes. "They assume that students can make smart decisions and delay gratification in these areas, but not so in the area of sexuality. With sexuality, the students hear catch phrases about 'self-discovery', and 'sexual rights.'" Grossman was also dismayed that many brochures and web sites targeted expressly for teens and young adults refer to certain behaviors that in the recent past would have been considered pathological or dangerous as just "lifestyle choices," devoid of medical, emotional or spiritual impact.

Unprotected stemmed from an article that Grossman wrote about her concern about Brian. As she wrote it, she thought of dozens of other students whose depression, anxiety and other emotional disorders she was convinced began by choosing certain "lifestyle choices" whose risks were purposefully ignored by campus health counselors.

For example, young women with sexually transmitted bacteria are assured that a simple dose of antibiotics will make the infection disappear. However, the body holds an "immunological memory" of these bacteria that could cause miscarriages later on. "This is information young women need to know," Grossman insists.

Similarly, Planned Parenthood routinely tells women that psychological trauma after abortion is "rare," that the procedure is safer than a tonsillectomy. This may be so medically, but Grossman asks, "What of the thousands of women for whom the procedure is traumatic?" Of the 1.3 million women who undergo abortions every year, an estimated 10,000 women suffer a condition similar to post-traumatic stress disorder as a result, something almost never mentioned by campus health counselors. For support, they often turn to places like afterabortion.com, a forum where women express their feelings of grief. It receives more than 1,000 posts a day, with more than 600,000 posts overall.

"While everyone is bewildered at the mental health crisis on our campuses, not one voice suggests that perhaps the aftermath of abortion contributes to the staggering statistics," observes Grossman. "Psychologists try to identify and counsel victims of every possible kind of abuse, harassment, or even of hurricanes that took place thousands of miles from where they lived. Yet they seem unable to entertain the notion that maybe, just maybe some women and men hurt for a long time after abortion, and need our help."

Aware that her book would invite controversy and conflict with many in her field, Grossman originally published the book under the name "Anonymous, M.D." "I knew this might look like a marketing gimmick, but that's not what it was. I simply didn't know what the response would be, and I knew my opinions went against the usual dogma." Since publishing the book, Grossman has learned that she was not alone in her opinions. Several other psychologists have admitted that they shared her view that much of campus counseling puts agendas before people.

Grossman, who is an observant Jew, didn't stay anonymous for long. Media coverage was swift, and the book has since been republished under her name. On a leave of absence from UCLA, Grossman is now a fellow at the Clare Boothe Luce Policy Institute near Washington, D.C.. She travels to campuses nationwide, speaking to health care practitioners as well as students. Students, she says, are responding to her message with "surprise and concern."

They may have had 10 years of sex education, but still don't know some vital facts.

"They are grateful and have good questions," Grossman says. "They may have had 10 years of sex education but still don't know vital facts, such as the increased vulnerability of girls and women and how dramatically a woman's fertility decreases with age. I tell them that their sexual health is totally in their hands, just like the choice to eat right and exercise. They hold the key to staying healthy, physically and emotionally."

Grossman's Jewish values have informed much of her work, including, for example, her chapter titled, "Memo to the APA: Believing in God Is Good for You," on the conclusive evidence that religious belief promotes health. In fact, one of her patients at UCLA, a religious Catholic student, was relieved to discover that Dr. Grossman was also religious. This married graduate student was wracked with guilt over a growing compulsion to view pornography, something he believed was wrong and wanted to stop. He feared -- rightly, according to Grossman -- that most campus doctors wouldn't understand his values and would not be able to help him sort out his emotional trouble.

"I've seen first-hand the psychological benefit of faith and a life with meaningful rituals in it. I've seen the benefit of a life that includes self-discipline, the notion that there is a right time and a wrong time for things," Grossman says.

Dr. Grossman has a message for Jewish parents who are eager for their kids to go to an Ivy League or other top-flight school: "Your kids need to be very strong to attend these campuses. It's difficult to be immersed in a culture that normalizes and even promotes these behaviors. They need to be aware of the dangers and know how to take care of themselves."

And to the students themselves, already on college campuses? "I try to give the message to students to shun this ideology that enshrines the body (health, appearance, physical pleasure) and abandons the soul (meaning, self-sacrifice, family, church). And Jewish tradition provides the framework for a lifestyle that is so healthy psychologically and physically. There is so much wisdom in it, especially when it comes to relationships. Following it will help them make the right decisions and avoid needless pain in their lives."

The Nazi in Harvard’s Midst