From Christian Missionary to Observant Jew 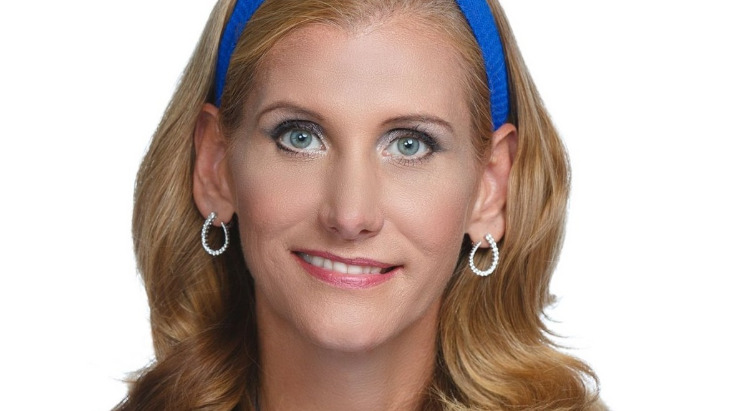 Shannon Nuszen’s mission was to convert as many Jews as possible. Her fealty to the truth sent her in an unexpected direction.

The recent story of Michael Elkcohen, the undercover Christian missionary who masqueraded as an Orthodox Jew and infiltrated an Orthodox community in Jerusalem, sent shockwaves around the world. The father admitted his missionary intentions in 2014 but managed to avoid further scrutiny by relocating to the Anglo community of French Hill. A year ago, a journalist familiar with his confession notified Shannon Nuszen, the director of Beyneynu, a new watchdog organization that exposes missionary activity in Israel, about the couple. They had been spotted using two separate Facebook profiles – one with Jewish identities and one with Christian identities.

"We started an investigation to verify the truth," Shannon said in an Aish.com interview, "and the week before we planned on releasing the information to leaders, the story exploded in the media when a child who attended the same school as the missionary's children told her parents that a classmate was telling her friends about Jesus.”

While Elkohen has deleted his social media profiles and now denies the claims, Beyneynu believes they have enough evidence to prove his missionary affiliations – and his act of betrayal to the community that extended their hand to his family. Shannon will release the evidence to the Israeli Ministry of Interior. “It’s my hope that the government and Jewish institutions finally see the need for, at the very least, a department that filters Aliyah applications and stops fraudulent applicants from entering Israel,” says Shannon.

Regarding the Elkohens, Shannon says she hopes that the government will revoke their citizenship and send a strong message to the entire Christian world that although Israel appreciates their social, political, and financial support, they draw the line at missionary activity, fraud, and deceptive tactics against the Jewish people.

Shannon Nuszen’s life story makes her ly qualified to promote missionary awareness in Israel. Born and raised as an Evangelical Christian, Shannon herself was an active missionary. 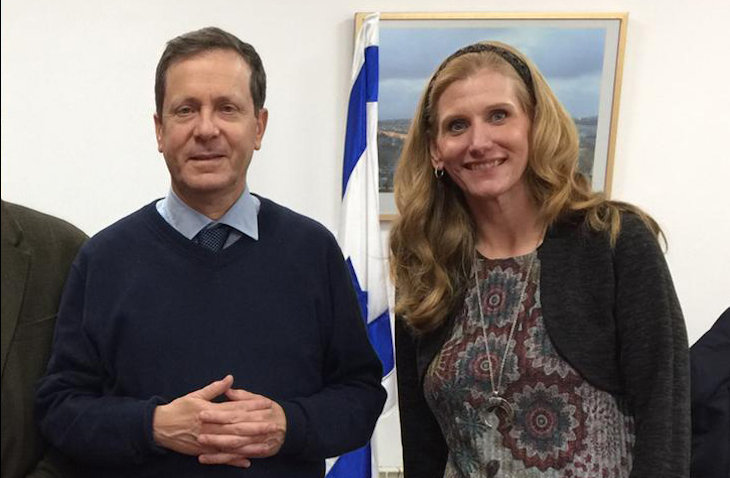 Shannon with Isaac Herzog, Chairman of the Jewish Agency

Shannon followed the typical path of a spiritually-oriented girl born to parents who were devoutly religious and a father who was a minister. As a young girl, Shannon spoke to youth groups as her father preached in church. She later joined a Messianic Congregation that focused on converting Jews. “In truth, all Evangelical Christians evangelize,” says Shannon. “Evangelizing the world is central to their belief  – and converting Jews takes priority.”

Following her missionary training, Shannon began frequenting Jewish centers like the JCC, Chabad, and kosher restaurants. “I was taught to befriend the Jewish people in the community and became a recognized, friendly face.” She posed as a sincere woman looking for the proper translation of Biblical verses, specifically those that refer to redemption and the messiah. She’d confront a Jewish person and then point to a verse in Isaiah, suggesting that it refers to Jesus. “The people I spoke to got confused and didn’t know what to answer,” says Shannon.

While she persuaded less-knowledgeable Jews, Shannon faced opposition when she encountered affiliated Jews. “When I pointed verses out to them, they responded that I was mistranslating things and taking the verses out of context. One person got really upset with me – but then gave me tapes from Outreach Judaism, a Jewish counter-missionary organization.”

Realizing that she would need to better equip herself to counter their arguments, Shannon set out to learn the verses in their proper context. “When I learned the surrounding verses, I just got even more confused, so I decided to at least learn how to respond to the counter missionaries’ arguments. I started listening to the classes of Rabbi Tovia Singer, the founder of Outreach Judaism.”

The experience changed her life. “I was blown away by how Rabbi Singer defended Judaism. The more I learned, the more everything I believed just fell apart,” says Shannon. Shannon also started learning about Judaism through Aish.com and Chabad classes. “I saw an article about the film The Matrix on Aish.com that really resonated with me,” says Shannon. “I felt the way Neo did when he swallowed the blue pill and saw an entirely different reality. I felt like I was being unplugged.”

Shannon’s natural quest for truth eventually drove her to convert. “I saw the beauty of Judaism; I appreciated the prioritization they place on tradition and family,” says Shannon.

But abandoning her faith wasn’t an easy decision. “It was devastating,” admits Shannon. “My whole life was built upon the Christian belief system – suddenly the core of life was stripped from me.”

Shannon’s father soon followed in her footsteps and became a Noahide, a gentile who keeps the seven biblical laws that gentiles are required to keep, but the rest of her friends and family weren’t supportive. “When you reject Christianity, you lose your friends and family – you’re ousted from the community,” says Shannon.

But Shannon, who always had her heart set on Israel, has found tremendous meaning in her new life in the Jewish state. “Jewish life is full of purpose,” says Shannon. “Just the fact that I live in Judea serves a purpose, and every mitzvah is another opportunity to say thank you to God.”

Shannon has also been involved in working for counter-missionary organizations for years and her experience as an insider prompted her to found Beyneynu. “My incessant search for truth and disgust with even the smallest of lies drove me,” says Shannon. “I had to seek out the truth for myself and I believe that it’s my mission to expose the truth in everything I do.”

Shannon explains that Israelis are largely unaware of the missionary threats in Israel, and their naivete makes them especially vulnerable. Successful missionaries don’t proselytize overtly: While some actually dress in kippot and tzitzit, others approach less knowledgeable Jews as genuine friends. “They claim that they have no agenda but it’s not true – many of them have a clear agenda to missionize,” says Shannon. Shannon continues to activate on behalf of the Jewish people, investigating and exposing missionary threats in order to protect the vulnerable Jewish populace.

The Jewelry Thief in a Labor Camp in Poland

A Taste of Heaven

Keeping Shabbos in Hollywood
It Takes A Lot Of Faith To Be An Atheist
How Instagram Brought Back This Nostalgic Soup
What Makes Eli Run?
Comments
MOST POPULAR IN Spirituality
Our privacy policy