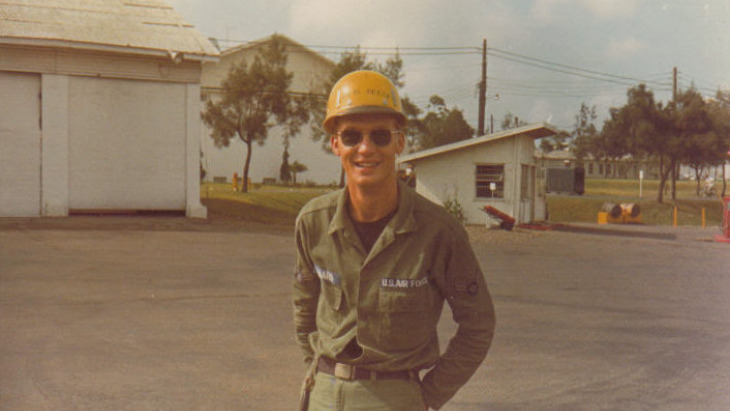 Looking back on my life, I see the little marks in the road that God placed to help me find my Truth.

My youth was filled with a lot of rebelliousness. My father died when I was 8 and to a certain extent, I had to raise myself on my own. As a teen and young adult, I got involved in many troubling behaviors. I began to hang around the wrong crowds and experimented quite a bit with many different recreational drugs.

But a part of me always had deep-rooted principles. I believed in American democracy and strongly opposed communism. So when the Vietnam war began, I volunteered and joined the Air Force. Several experiences in Vietnam shaped me into who I am today. I distinctly remember some near-death experiences. Once when I was in the latrine shaving, I felt a voice in my head telling me, "Get out right away!" I immediately ran and a few minutes later the base was attacked and many people killed.

I felt a voice in my head telling me, "Get out right away!" I immediately ran and a few minutes later the base was attacked and many people killed.

Another incident occurred at the end of my tour in Vietnam. A friend of mine wanted to go to Saigon to party and celebrate the end of our tour. Something inside of me said that this was dangerous and I had a strong premonition that there was a chance I would die. I didn't go. Sure enough, there was an attack that night and my good friend was killed.

When I came home, I did a lot of introspection and was ashamed of some of my previous behaviors. I always believed in God and the intricate design of our universe and I began to think more about what my purpose in this world was. At the time street preaching began to explode on the streets of America. I got caught up in it and began to study ministry. I became an ordained pastor and ministered three different congregations, each with 75 to 100 people. I began leading Bible study groups and self-help groups. The ministry that I was a part of was very much into Replacement Theology, believing that the Jewish people had been replaced by believers in Christ and that Christianity was now the new Israel.

As I continued preaching this belief, questions began to plague me. I started seeing discrepancies and contradictions between the Jewish Bible and the Christian Bible. I began to see that Jesus did not seem to be the Messiah as predicted by the Hebrew Prophets. This became magnified even more when I once came across a Torah in Hebrew and English. I felt the ground beneath me begin to sway. I would take my questions to my elders and they would scoff at me and tell me I was going down a dangerous path and not to question anymore. But the questions only grew stronger. 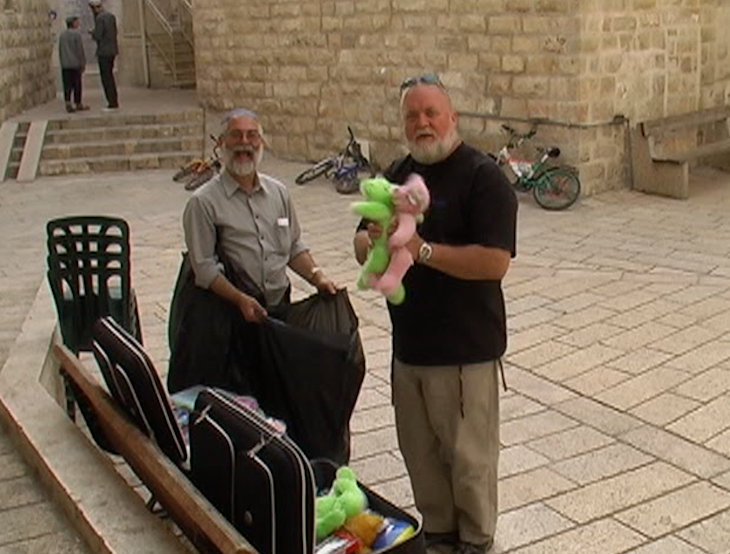 I felt a strong sense of loneliness. I was divorced and longed to meet my true soulmate. I cried out to God constantly to bring the special someone into my life. I was at a restaurant in Tacoma, Washington that had live jazz music which I loved. Little did I know that I would meet my future wife there. Mimi was planning on going to a different restaurant that also had live music, but at the last moment one of the band members had gotten sick and they canceled their performance. So Mimi headed out to the restaurant I was at. I'll never forget the first time I laid my eyes on her. I felt swept away. I introduced myself and we started dating, and were married eight weeks later!

I introduced myself and we started dating, and were married eight weeks later!

We discovered that although our lives were diverse, we both had the same hearts. Mimi was very unfamiliar with her Jewish identity, being raised secular with no close family around. Her mother had lived in fear of her Jewishness and moved far away from her family. It wasn’t until Mimi was grown that her mother finally shared the family secret that she was Jewish. But God had a plan and was moving the pieces and pulling us towards Judaism.

During this time I tried leading a Messianic congregation. This focused much more on Judaism but still held the belief that Jesus was the Jewish Messiah. I also started to actively support Israel and dabble into Judaism. One day a member of my congregation suggested that I go visit Israel. What was supposed to be a two-week trip to Israel ended up becoming a 2-month stay. While in Israel, I felt an unexpected familiarity. As if a part of me suddenly came alive and magnified. When my trip was over and I returned to the US, it felt as if part of me was left behind. My love for Israel was truly born. 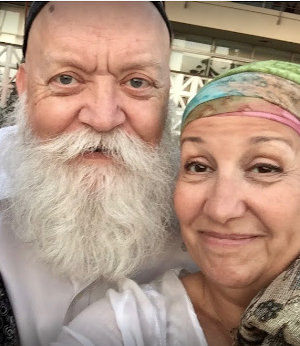 Me and my wife, Mimi

When I came home, I decided it was time to leave Christianity and embrace Judaism and Zionism. My Christian brethren and many in my congregation were devastated and some reacted angrily. But my wife and I felt that this was our destiny. We found a special Chabad rabbi in California who began teaching us more about Judaism and Jewish practice, and eventually we decided we wanted to convert.

Four years ago I converted to Judaism and today live in Jerusalem where my wife and I are building our home. We spend a lot of our time supporting Israel and Jewish causes.

I chose the name Boruch Ovadiah. Boruch means “blessing” in Hebrew, as I saw my entire life a blessing from God. And Ovadia means “servant of God” as I strive to serve Him every day of my life. Living here is a daily inspiration for realizing my destiny. It is truly a blessing to serve God! Am Yisrael Chai!

Excerpted Yisroel Juskowitz's book, "Your People are my People: Inspiring Stories of Converts to Judaism."

The Chasid who Built a Church

My Bargain with God in North Korea POW Camp

My Enemy, My Friend

My Team
Va’etchanan 5782: A for Effort
Can You Show Me This "God?"
How to Become Immortal
Comments
MOST POPULAR IN Spirituality
Our privacy policy
Aish.com Is Looking for Great Writers