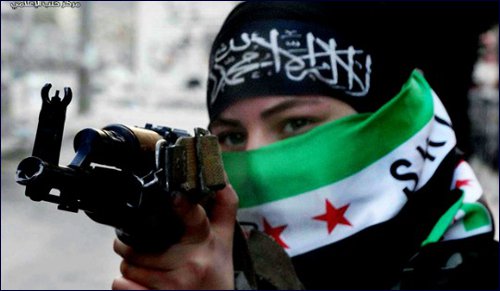 A guide for the concerned global citizen.

In this time of great danger – with Iran threatening Israel with nuclear annihilation, and jihadists on borders north and south – Israel's efforts to tell its story to the world are simply not taking hold. The classic approach of explanatory "hasbara" has repeatedly failed to break through the clutter of disinformation.

It is time for a new approach – one in which the world understands that they also have “skin in the game.”

The Middle East conflict is not simply "Arab versus Jew." Rather this is a "holy war" being waged by jihadists against all people of good will – Jews, Christians and moderate Muslims.

The key, I believe, is education. Once good people are informed about the facts, we have a much better chance of standing up to evil and achieving our mission of keeping the world free.

Threat of Jihad to the West

It is crucial that we clearly understand the goals and ideals of the budding Muslim Caliphate.

Jihad is not merely some force "across the ocean." Muslim leaders have declared their aim of world domination.

At particular risk is America's long-standing ally, Israel, whose historical roots in Israel date 2,000 years before the advent of Islam. The 20th century Mandate conferred modern legitimacy on the Jewish state, and Israel's legal rights to the land are unassailable.

Yet due to intimidation and threats, many Western leaders support corrupt Arab regimes, thinking that by sacrificing the State of Israel they will somehow pacify the jihadists and avoid becoming victims themselves.

In fact the opposite is true. The more we placate and cajole these bullies, the more we embolden them. As we saw with Hitler and Czechoslovakia, giving in to the wicked led to the invasion of Europe. The U.S. woke up quite late, and defeating the Nazis was no simple matter.

In many respects – e.g. nuclear weapons – today's threat is much greater.

If we don't deal with the jihadist threat now, we will have to deal with it later when they will likely have more land, more resources, and far more devastating weapons.

Wherever radical Islam takes hold – whether via ISIS, Hezbollah, Iran, Hamas or Boko Haram – horrific abuse is directed against Infidels (e.g. beheadings) and even their own people.

Should the wicked prevail, no Christian, Buddhist or even Moderate Muslim will be spared – neither in the Middle East nor elsewhere in the world. Today, thousands of Christians are fleeing under death threats from tyrannical jihadists, and anti-Semitism across Europe is at its worse since the Nazi era.

By supporting the villains who willfully distort facts, they ultimately undermine their own future and that of their children.

Corrupt leaders across the Muslim world are exploiting their populations, in favor of solidifying their own power and personal financial wealth, leaving their constituency to wallow in despair.

Palestinians have particularly suffered, with their leadership continuing to divert civilian aid to more nefarious ends.

Palestinian refugees have long remained political pawns of Arab regimes. In today's terror war, they are even used as human shields.

How can we justify our own indifference to these human rights violations?

Today, the media is the primary disseminator of information. To regulate this power, monitoring organizations are documenting the facts:

What can you do?

In disseminating information, each of us plays an important role. We never know when we'll be called upon to use our knowledge, and we must have the ability to speak with confidence.

The more "truth ambassadors," the better the chance of us all living in a peaceful world.

The Truth about the Palestinians

Is Zionism a Form of Colonialism?
Were Adam and Eve Jewish?
How I Learned to Love the Multiverse
10 Big Jewish Inventions
Comments