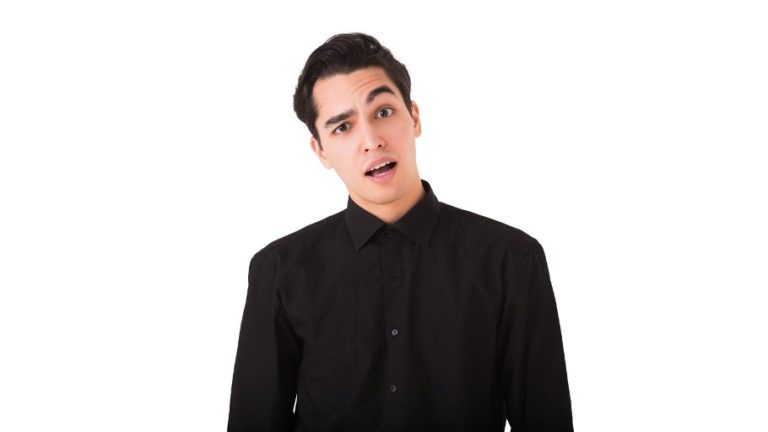 When anti-Semites get caught, they are often forced to apologize, or what I call “fauxpologize.”

Shlomo sits on a park bench reading an anti-Semitic newsletter. His friend walks by, sees the paper, and stops in shock.

"What are you doing reading that paper? You should be reading a Jewish paper!"

“I did not intend to be anti-Semitic.”

The irony is seen in the joke. If we had even a fraction of the power, wealth, and control assigned to us by Jew-haters, Israel would be the size of Asia, Tsimmis would be our national dish, and Hitler would have been an unknown truly twisted house painter.

We all know that few groups have been targeted as evil conspirators with such vitriol as We Jews. In the Middle Ages, whenever a Christian child disappeared or was found dead, we were accused of using their blood for our Passover matzo. And it didn’t stop after we were blamed for the plague that swept across Europe in the mid-14th century. The prevailing “wisdom” at the time had us running around dumping poison into wells. Of course our laws of kashrut and cleanliness kept us safer, but such is the nature of mass anti-Semitism and ignorance.

Today, “ignorance” isn’t a pass or basis of an apology. Historical evidence abounds that lets us off the hook for bloody matzo, plague-causing and other odious Jewish “plots.”

Yet, we’re still seeing anti-Semitism and Jewish conspiracy theories in major triple digits as chaos seems to be correlated with: “The Jews Did It.” Of course the difference is … the offender (if elected) can always tweet or hashtag: mayorB#jewfauxpology – and reach millions.

Just this past March, a DC council member, Trayon White, posted a video linking Jewish bankers to controlling the weather. White can be heard narrating in the background blabbering: “It just started snowing out of nowhere this morning, man. You all better pay attention to this climate control, man, this climate manipulation … that’s a model based off of the Rothschilds, controlling the climate to create natural disasters they can pay for to own the cities, man. Be careful.”

After the brouhaha in response, he “apologized” saying: “The Jewish community have been allies with me in my journey to help people. I did not intend to be anti-Semitic, and I see I should not have said that after learning from my colleagues.”

A government official “did not intend” and needed to “learn?” What? Fourth grade science and history?

One thing is for sure: White does read. He heard the “fake news” somewhere as the “Jewish ability” to unleash our stormy wrath has been around and occupy odd corners of the Internet. And he bought it: the belief that the Rockefeller Foundation’s Resilient Cities initiative in league with the Rothschilds, is really a secret conspiracy to cause freak weather to destroy people, livestock and farms, and thereby control and reduce the population of North America.

I should mention that Yemeni Professor Ahmad Muhammad Al-‘Ajal, in a TV interview in 2005, warned against Zionist child abductions during earthquakes and tsunamis in Southeast Asia.

Councilperson White then, heard or read it – somewhere. And believed it. Even if you’re in a mind-melting brain fog … let’s take a look in the simplest, even humorous of terms.

The Rockefellers? To my knowledge John D. didn’t change his name from Flockenhellers to fool Gentiles into letting him invest in a refinery in Cleveland. A baby step further: why would We Jews, who are said to control everything from climate to secret machinations for world dominance, settle in Israel, probably the only country in the Mid-East without oil?

Then there’s Jeremy Corbyn who’s been a member of the British Parliament since “Sue,” the best preserved Tyrannosaurus rex specimen was found. Corbyn, the leader of the Labour Party made no secret of his close association with anti-Semitic groups and individuals. An honest mistake? In fairness, many of us have “befriended” nutballs now and then, and cut them loose. But if you hang around a bevy of scurvy anti-Semites, it’s like being a health nut marketing funnel cake.

Corbyn, who has said he’s “sincerely sorry for the pain which has been caused” is rushing around looking to break matzo with Jewish leaders. Note the wording: “the pain which has been caused.” And that pain was “caused” by – whom? Not there. And the pain itself? Shall we start with his comment in 2012 that artist’s Kalen Ockerman’s mural looks like a scene drawn from the vociferously anti-Semitic Protocols of the Elders of Zion? His “apology” is regret over not looking “more closely at the image.” This high-placed British politician has also been a member of Facebook groups, one that displayed Jews harvesting organs and conspiracy theories connecting Israel and the Islamic State. His “apology?” “Had I seen it (anti-Semitism) I would have challenged it.” In 2009, he referred to the Hezbollah and Hamas as “friends.” He later “recanted” – sort of – by saying I was merely using “inclusive language” which, looking back “I would rather not have used.” We move on to Corbyn’s meetings with “Deir Yassin Remembered,” an anti-Israel group founded by Holocaust denier Paul Eisen. Corbyn’s response? When he knew Eisen, the man was not a Holocaust denier.

“Apologies” all. But such is the nature of apologies. Much like the quote on truth – “apologies have many faces.” The true apology is heartfelt. The wrong-doer steps up personally and makes no excuses involving “ignorance” of the obvious and mush-motives. The “I’m sorry, buts” don’t cut it. Apologies in the passive voice (“the pain that was caused”) without an unqualified admission, apologies that hedge, qualify, excuse, deflect, obfuscate, are transparently self-serving and disingenuous are non-apologies or fauxpologies. Simply, they’re damage control.

“I’m sorry my statements, taken out of context have caused pain.”
“hashtag: Siteadm#nooffenseintended

“We apologize if mistakes were made.”
“hashtag: GovL#regrettable”misconstruction”

Fauxpologies can be as insulting and dangerous as the original sin. In our era of the lightning sound bite, tweets, and instant responses, the quick listener may impart forgiveness, even support, and be caught unaware – until the next fauxpology.

In Judaism, as with many of our noble efforts to care, empathize, atone, and forgive – blessings all, the flip side is the old saw: “Fool me once, shame on you; fool me twice, shame on me.”

We Jews are a glorious amalgam of many things. “Fool” is not one of them. In judging whom to forgive, particular in public life, and therefore, whom to trust, the evidence is in the behavior, but we must also look to the “apology.”

The December Dilemma
Why Are The Prayers Of Yom Kipur So Repetetive?
Ha'azinu 5783: A Time for Unity!
Twisted Thinking
Comments