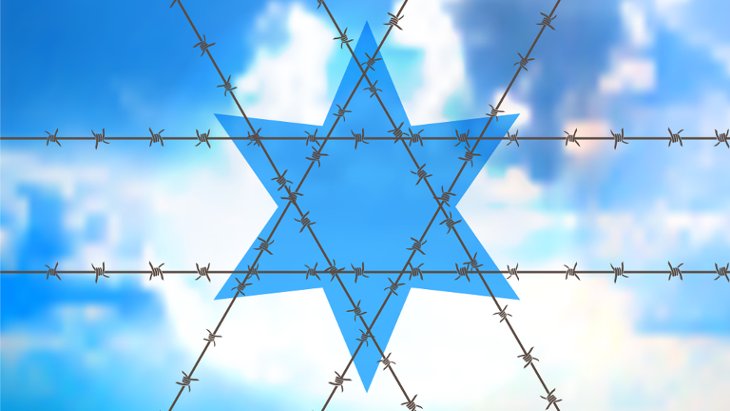 The following was adapted from remarks recently delivered on a Munk Debate podcast. The text originally appeared in the National Post.

There is a common misconception that anti-Zionism amounts to nothing more than very strong criticism of Israel, and I’d like to begin by dispelling that notion. People who don’t like the Netanyahu government, that includes me, are not anti-Zionist. That is part of the normal democratic debate. People who oppose Israel’s settlement policies or its policies, vis-a-vis Gaza or anywhere else, aren’t necessarily anti-Zionist. There are many patriotic Israelis who feel just the same way. Anti-Zionism is unique because its view is that the Zionist enterprise, that is to say, the state of Israel, is misconceived, it’s wrong, and at the end of the day, it isn’t simply Israeli policy that has to change, but it is Israel itself that has to go.

This is unique when you think about other countries around the world. Many of us are critics of China’s occupation of Tibet, or Russia’s occupation of parts of Ukraine. Some people are aware that Turkey is occupying northern Cypress, in violation of international law and putting down settlements there too. But none of those critiques extend to calls that are now increasingly pervasive around the world, not only for Russia, China, or Turkey to change their policies, but for the states themselves to disappear, to be eliminated. So even if you accepted the premise for one second that anti-Zionism is not anti-Semitism, you have to come to grips with the eliminationist ideology that is at the heart of anti-Zionism.

Anti-Zionism is anti-Semitism because it singles out the Jewish state for opprobrium.

Anti-Zionism is anti-Semitism. It’s anti-Semitism because it singles out the Jewish state for opprobrium, and with a prescription that anti-Zionists, with very few exceptions, apply to no other state. So, if you just happened to be opposed to the concept of the nation state altogether, nation states like Denmark or other nation states, then it’s plausible you can just simply be an anti-Zionist in the same way that you’re against all states founded on nationhood. But otherwise, it is singling out a Jewish state for treatment that isn’t applied anywhere else.

The second point that’s very important, is that anti-Zionism tends, very frequently, to traffic in images, tropes and libels that have a long history in an anti-Semitic tradition stretching back for thousands of years. For example, when you hear that Israel is committing genocide in Gaza, which it of course manifestly is not, you are abusing that word and trafficking in a classic anti-Semitic trope, suggesting that the Jewish people have a particular kind of bloodlust. Or if you say that Israel or Israeli leaders have hypnotized the world to get them to do their bidding, that again, goes back to an old anti-Semitic trope.

And finally, anti-Semitism is anti-Zionism, because like all forms of Jew hatred in history, it has adapted itself almost like a virus to the cultural and political fashions of our day. Today, it is very difficult for people to be anti-Semites and to hate Jews for racial reasons, for the obvious reason that that kind of ideology fortunately went out of fashion with the destruction of the Third Reich. It’s unfashionable to hate Jews simply on a religious basis, but it has become fashionable to hate Jews using the excuse of their statehood, of their nationality, and of their willingness to defend their borders, as the latest pretext to single out Jewish people for opprobrium and for hatred that is applied to almost no other people in the world. That is why in a nutshell, anti-Zionism is indistinguishable from anti-Semitism, and it is the anti-Semitism of our day.

For more on the Munk Debates podcast visit Munkdebates.com/podcast

Bret Stephens is a columnist with The New York Times.

13 Facts about Israel & the Middle East

How Israel Is Helping to Solve the Global Water Crisis
Is Grease the Word?
Dried Fruit Compote
Scientific Curiosity and the Divine Encounter
Comments
MOST POPULAR IN Israel
Our privacy policy
Aish.com Is Looking for Great Writers