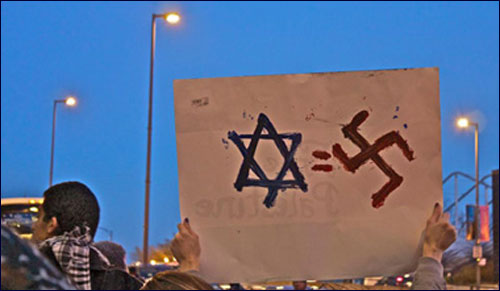 The oldest hatred has assumed a new form for a new age: hostility to Zionism and Israel.

It wasn’t a failure of Holocaust remembrance that explains why Frazier Glenn Miller opened fire outside two Jewish community facilities in Overland Park, Kan., murdering three people on the day before Passover.

Miller, a 73-year-old former Ku Klux Klan grand dragon, knows all about the Holocaust – enough, at any rate, to extol Adolf Hitler as "the greatest man who ever walked the earth" and to shout "Heil Hitler!" after his arrest. Like his hero, Miller is obsessed with Jews. Asked once in an interview whom he hated more, blacks or Jews, he didn't hesitate: "Jews!" he said. "A thousand times more!"

Such anti-Semitic malevolence led 70 years ago to the Shoah – the industrial-scale annihilation of two-thirds of Europe's Jews: six million men, women, and children, among them my father's parents and four of his brothers and sisters. They were murdered not as a means to an end – not for their money or their land or because they posed a military or political threat – but as an end in itself. Hitler's purpose in exterminating the Jews was for the Jews to be exterminated.

For decades after the Holocaust, it was tempting to believe that such genocidal prejudice against Jews was a thing of the past, at least in the enlightened West. The world had seen what anti-Semitism at its most uninhibited could do. What people had been sure could never happen had happened – but by harnessing the power of memory, we could ensure that it never happened again. So Holocaust memorials and museums were erected in cities large and small. Concentration-camp survivors published their memoirs and spoke about their experiences. Students were taught about the Nazis and the Final Solution. Yom HaShoah – an annual Holocaust Remembrance Day, which we mark this week – was added to the calendar each spring.

But Jew-hatred hasn't been purged. On the contrary: It has erupted in recent years with shocking scope and strength. It has been revived "in the halls of parliament and in the streets," writes political scientist Daniel Jonah Goldhagen in a new book, The Devil that Never Dies. "Among elites and common people. In public media, places of worship, and in the privacy of homes. Where Jews live and where they do not."

An old-style white-supremacist neo-Nazi like the shooter in Kansas, evil as his crime was, is the least of this resurgent threat, especially in this country. Hitler-idolizing anti-Semites like Miller, widely regarded as abhorrent, are a negligible phenomenon in the United States. His deadly rampage was instantly condemned across the board; only among the kooks did anyone express support for Miller's vilification of Jews.

Where anti-Semitism is gaining market share today is not among those who yell "Heil Hitler" or demonize Jews as Christ-killers. The oldest and most protean of hatreds has assumed a new form for a new age: hostility to Zionism and Israel. The classic anti-Semitic motifs – Jews are aliens, Jews are murderous, Jews are rapacious, Jews are disloyal, Jews manipulate governments – have been repurposed for a post-Holocaust generation that speaks with a post-Holocaust vocabulary.

Sophisticated and educated Westerners today know better than to blame "the Jews" for society's ills, or to suggest that the best solution to the "Jewish Problem" is for Jews to disappear.

But it is widely acceptable in many circles to debate whether the world's only Jewish state has a right to exist. Or to insist that the Middle East's turmoil would be resolved if only that Jewish state would make peace with its enemies by conceding to their demands. Or to claim with a straight face, when Israel defends itself against Arab and Islamist violence, that it is behaving as the Nazis did.

This helps explain why anti-Semitism soared in recent years even as Palestinian terrorism against Israel soared. For if Zionists are tantamount to Nazis – if the Jewish state is the equivalent of Hitler's Germany – then decent people everywhere must oppose it. Through endless repetition of the most odious "Israelis = Nazis" canards, the memory of the most lethal horror ever inflicted on the Jewish people has been transmuted into a new bludgeon with which to batter them. Meanwhile, waves of incitement build against the largest Jewish community on the planet, whipped up by enemies who make no secret of their ultimate goal: to annihilate it.

Thus does the old plague bacillus of anti-Semitism mutate and flourish once again, in the very shadow of the Holocaust memorials put up as a warning of what unchecked Jew-hatred can lead to. Truly, it is diabolical. 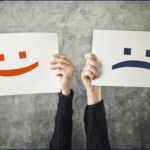 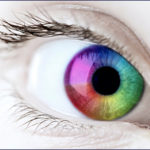 What Does It Mean to be a Chosen People?1 min read

What is the Holiest Spot in the World for the Jewish People?1 min read