The Fast of Gedalia

One day after Rosh Hashanah commemorates a Jewish tragedy whose message reverberates today.

The day after Rosh Hashanah marks the Fast of Gedalia, one of the "minor fast days" in the Jewish calendar year. The fast begins in the early morning at dawn, and ends in the evening at dusk.

What is the meaning of this fast, and why does it occur during the intermediate days between Rosh Hashanah and Yom Kippur?

The Story of Gedalia

At the time of the destruction of the First Temple 2,500 years ago, the majority of the Jewish people were exiled – including the Ten Tribes at the hands of Sancheriv. The eventual conqueror, Nebuchadnezzar, later eased harsh restrictions and allowed some Jews to remain in the Land of Israel. He even appointed a righteous Jew named Gedalia to administrate the territory. Gradually, more Jews who'd escaped from the horrors of the war into neighboring countries began to return to their homes in Israel.

Gedalia was realistic about the limitations of Jewish sovereignty. He understood that for their own self-preservation, the Jews in Israel needed to fully cooperate with the nation who had conquered their land.

But this political subservience was intolerable to some Jews. A man named Yishmael ben Netaniah, spurred on by jealousy and foreign influence, arose and ignored the King of Babylon. On the third of Tishrei, Yishmael treacherously killed Gedalia as well as many other Jews and Babylonians.

In the aftermath of Gedalia's murder, the Jews feared reprisal from the King of Babylon. They thought to flee to Egypt to save themselves. But since Egypt was a morally corrupt society, the Jews were in a quandary – weighing the physical threat against the spiritual danger. So they turned to the prophet Jeremiah, who was secluded in mourning, to ask for advice.

For an entire week, Jeremiah pleaded with God for an answer. Finally, on Yom Kippur, he was answered. Jeremiah called the Jews and told them to stay in Israel and everything would be fine. God was planning to make the Babylonians act mercifully toward the Jews, and before long, all the exiled Jews would be permitted to return to their own soil. But, Jeremiah told them, if the Jews decided to go to Egypt, the sword from which they were running would kill them there.

Unfortunately, the prophet's words did not penetrate, and the people refused to believe. All the Jews remaining in Israel packed their bags and went down to Egypt. They even kidnapped Jeremiah and took him with them! Now the destruction was complete; the Land of Israel was completely barren.

You can guess what happened next. A few years later, Babylon conquered Egypt and tens of thousands of Jewish exiles were completely wiped out. The lone survivor of this massacre was Jeremiah. His prophecy had become painfully true.

The initial event – the murder of Gedalia – has been likened to the destruction of the Holy Temple, because it cost Jewish lives and brought the end of Jewish settlement in Israel for many years. The prophets therefore declared that the anniversary of this tragedy should be a day of fasting. This day is the third of Tishrei, the day immediately after Rosh Hashanah.

Lessons for the Fast of Gedalia

Lesson #1 – The Jewish people had sunk to one of their lowest levels in history. The Temple was destroyed, the majority of Jews were exiled, and things looked hopeless. But God changed their desperate situation and had the righteous Gedalia appointed. Yet Gedalia was murdered by a Jew and all hope was wiped out.

It was at this point that Jeremiah prayed to God for some insight and assurance. This was during the 10 days between Rosh Hashanah and Yom Kippur. This story is memorialized to teach us an important message for these days: No matter how far away you are, you can return and God will forgive you.

Lesson #2 – The Jews who went to ask Jeremiah for advice were subconsciously sure that God would give the answer they wanted to hear. So when God answered differently, they rebelled.

Yet these were not evil people. What happened?

A good rule in life, when faced with a tricky moral dilemma, is to ask yourself: "What would God say? What does He want me to do?"

Lesson #3 – When one Jew murders another, it is a deep, terrible tragedy, which can have enormous historical repercussions. There is no excuse for such violence. Do we have philosophical and political differences? We must work them out with calm and tolerance. It is the only acceptable way.

Rabbi Aryeh Nivin is a teacher of Personal Development and a Professional Life Coach. He also runs telephone phone conference calls that specialize in Jewish Personal Development. Rabbi Nivin has been involved for decades with many new and innovative programming ideas in many different Jewish organizations and businesses. He lives in Ashdod in southern Israel with his wife and lively family. 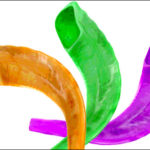 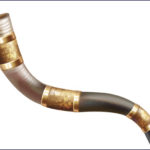 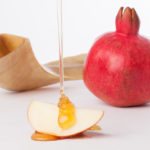 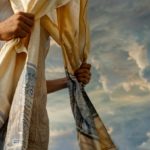 Rosh Hashanah at Home: How to Embrace the Opportunity5 min read