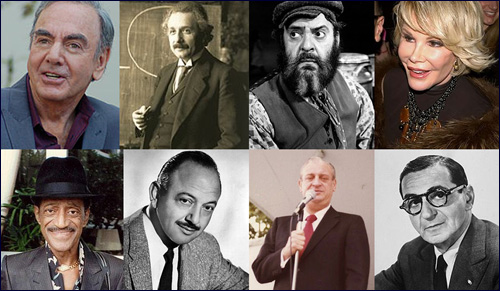 Just before his passing, Harry Houdini apparently said, “Now you see me; now you don’t!”

SATIRE: Do you ever stop and consider what your final words on earth might be? The ones you’ll utter just before you die? Most of us probably have not given this any thought. We’re too busy; it’s too depressing; it’s such a long way off. Hopefully. Then again, it’s conceivable that we could go at any time. And if that’s the case, do we really want to be caught unprepared? Do we really want our final words to be, “Pass the brisket”? Or, “This Three Stooges Marathon is the bomb!” Of course not. You want to take your final bow with something more profound, something with some thought behind it, or at least something entertaining.

There is at least one group of people who appear to have given the topic some thought, at least if their final words are any judge. Throughout history, famous people have saved the best for last – that is, they have uttered their most pithy, memorable, funny or interesting words – as their final words.

Sammy Davis Jr: “I’m looking forward to being the only one-eyed Jewish African American song and dance man in heaven.”

Drummer Buddy Rich died after surgery in 1987. As he was being prepped for surgery, a nurse asked him, “Is there anything you can’t take?” Rich replied, “Yeah, country music.”

“Am I dying or is this my birthday?”
When she woke briefly during her last illness and found all her family around her bedside.
~~ Lady Nancy Astor

“Die? I should say not, dear fellow. No Barrymore would allow such a conventional thing to happen to him.”
~~ John Barrymore

“I should never have switched from Scotch to Martinis.”
~~ Humphrey Bogart

“I have offended God and mankind because my work did not reach the quality it should have.”
~~ Leonardo da Vinci

This is all well and good for those famous people who’ve died leaving documented final words to share with posterity. But what about those whose final words were not documented, or who had no final words? Especially the famous Jews. Are they not deserving of some kind of final words tribute? My question exactly. Which is exactly why I was so excited to discover the groundbreaking (pardon the expression) work of Dr. Vincent Amadeus Philoon, Distinguished Professor of History at Harvard Community College, in Loomis, Nebraska.

In Dr. Philoon’s book, What I Think Famous Jews’ Last Words Might or Should Have Been, he speculates on just that topic. Ironically, Philoon’s own final words, “You call this coffee?” left plenty to be desired in the Memorable Department. Still, enjoy this selection, or rather, speculation, on famous Jews’ last words:

Irving Berlin (1888-1989) American composer and lyricist, one of the most famous and prodigious songwriters in history. Ironically, his compositions included "White Christmas" and "Easter Parade".

(to the tune of “White Christmas”) “I’m dreaming of a live composer, just like the one I’ll soon not be…”

Jackie Collins (1937-2015) British-American novelist. “The moment Jackie entered the afterlife, conversation stopped and people stared. They couldn’t help themselves. Jackie had a magnetic, charismatic quality about her. She radiated beauty, power, passion, and strength. A lethal combination.”

Rodney Dangerfield (1921-2004) American comedian and actor. “I tell ya I get no respect from anyone. I bought a cemetery plot. The guy said, ‘There goes the neighborhood!’… My uncle's dying wish – he wanted me on his lap. He was in the electric chair… “Last week I told my psychiatrist, "I keep thinking about suicide." He told me from now on I have to pay in advance.”

Sammy Davis, Jr. (1925-1990) American entertainer, converted to Judaism in 1954. “I’m looking forward to being the only one-eyed Jewish African American song and dance man in heaven.”

Neil Diamond (born 1941) American singer-songwriter.
“I won’t bring you flowers
I won’t sing you love songs
I’ll hardly talk to you anymore
When I fall to the floor at the end of my life…”

Albert Einstein (1879 -1955) American physicist, Nobel Prize winner, Zionist. Born in Ulm, Germany. “Do you realize that I’m the only one in the world to whom you can say, ‘Nice going, Einstein!’ – and it’s an actual compliment?”

Harry Houdini (1874-1926) American magician, escapologist and debunker of the supposedly supernatural. Born in Budapest, Hungary. “Now you see me; now you don’t!”

Zero Mostel (1915-1977) American actor, originated the role of Tevye in Fiddler on the Roof on Broadway.

Joan Rivers (1933-2014) American actress, comedienne, writer, producer and TV host. "The fashion magazines are suggesting that women wear clothes that are ‘age appropriate.' For me that would be a shroud."

Levi Strauss (1829-1902) was an American Jewish businessman of German origin who founded the first company to manufacture blue jeans. Jacob Davis, one of Strauss's customers and one of the inventors of riveted denim pants in 1871, went into business with Strauss to produce blue jeans. The two men patented the new style of work pants in 1873.

“I’m just glad my parents didn’t name me Irving, so people don’t have to say, ‘I’m slipping into a pair of my favorite Irvings.’”

Sigmund Freud (1856-1939) was an Austrian neurologist and the founder of psychoanalysis, a clinical method for treating psychopathology through dialogue between a patient and a psychoanalyst.

“Well, I think I’ve made great progress during this session, but I’m afraid my time’s up.”

Jimmy Carter and Khaled Meshal Wed in Secret Damascus Ceremony
Scientific Curiosity and the Divine Encounter
Mind Over Milkshakes
Love the Convert
Comments
MOST POPULAR IN Jewlarious
Our privacy policy
Aish.com Is Looking for Great Writers