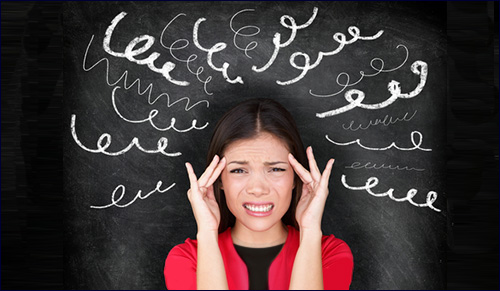 In their bestselling book, The Tools, Phil Stutz and Barry Michels describe “the reversal of desire,” a psychological tool in which a person takes his normal inclination to avoid pain and transforms it into a desire to face it head on. They describe the success of a football player:

He was first team All-City, considered the best running back in the area. For whatever reason, he was eager to explain to me how he’d achieved this distinction. What he said shocked me – I can still remember it forty years later. He explained that he wasn’t the fastest back in the city, nor was he the most elusive. There were stronger players, too. But he was still the best in the city, with big-time scholarships to prove it. The reason why he was the best, he explained, had nothing to do with his physical abilities – it was his attitude about getting hit. He’d demand the ball on the first play from scrimmage and would run at the nearest tackler. He wouldn’t try to fake him out or run out of bounds. He’d run right at him and get hit on purpose, no matter how much it hurt… “That’s why I’m the best. The other runners are afraid. You can see it in their eyes.” (Phil Stutz and Barry Michels, The Tools, p. 38)

In order to try out this tool, I wanted to find a difficult situation that I was avoiding. I didn’t have to think long; I discovered one before the day even really began.

In the early morning, I was halfway through a run when a cramp hit me. It could have been too little sleep, or maybe not enough fuel. The sun was just about to rise and I stopped for a minute to take a drink. I knew that if I stopped for too long, the pain would only get worse. A running coach once told me that the rule is to keep going, straighten up as tall as you can and practice mindful breathing. I started running, thinking of the reversal of desire tool and the power of running into the pain itself.

I felt the cramp and picked up my pace. As my confidence increased, I felt the cramp going away. I realized that not only could I tolerate the discomfort but I could run faster because of it. And soon the endorphins drowned out the exhaustion and the cramps.

Later that day I faced another, more important barrier.

A few days earlier I had been in the library with all of my children. After finding the various books for reports and bedtime stories, we went up to the desk to check everything out. My youngest was trying his best to whisper, but he was tired. I handed our cards to the librarian who glared at my chattering toddler.

“Use your library voice,” I reminded him softly.

“I left my library voice at home!” he said very loudly.

I smiled at the librarian who looked like she was going to throw our library cards back at us.

“I’m sorry, he’s trying,” I said, not sure why this woman was so angry. Hurriedly, we gathered all of our books, and I thanked her for her patience. But driving home, I was upset. Why had she treated me like that? Surely my kids were not the first she encountered who had a hard time whispering sometimes. Maybe we’ll go to a different branch next time, I thought to myself, putting the incident out of my mind.

On the day of my run I ran into the librarian in a supermarket. She was pushing a a severely disabled child in a wheelchair. I saw her, but she didn’t spot me yet. I thought about going over to the next aisle and pretending I never saw her. I didn’t want to be glared at again. And I was annoyed that she had been so impatient with my son.

I picked up a box of cereal and pretended to read the ingredients. Why should I approach her anyway? It would be awkward and uncomfortable. As I stood there, I realized that I was trying to take the easy way out. Moving away from the discomfort instead of towards it. Here was my next opportunity to try out the reversal of desire.

I threw the cereal box into my cart, gathered up my courage and approached her.

“Hi, aren’t you the librarian in Theodore Library? You probably don’t remember me, but we met at the beginning of the week.”

The librarian looked up at me with startled eyes. “I do remember you. You had a whole bunch of children with you.”

She looked down at the floor.

“I want to apologize if I was rude to you that day. I was having a really hard time with one of my daughter’s aides that afternoon. This is my daughter, Jessica.”

”If you can’t tolerate pain, you can’t be fully alive.”

After exchanging a few more pleasantries, we both went about our shopping. There is so much that we don’t know about other people’s lives. If I hadn’t pushed past my discomfort and the niggling fear that I would be glared at once again, then I wouldn’t have introduced myself to this librarian who has subsequently become a good friend.

Stutz and Michels describe the consequences of being afraid to confront pain:

“Whatever your comfort zone consists of, you pay a huge price for it. Life provides endless possibilities, but along with them comes pain. If you can’t tolerate pain, you can’t be fully alive. There are many different examples of this. If you’re shy and avoid people, then you lose the vitality that comes with a sense of community. If you’re creative but can’t tolerate criticism, then you avoid selling your ideas to the marketplace. If you’re a leader, but you can’t confront people, no one will follow you. The comfort zone is supposed to keep your life safe, but what it really does is keep your life small.” (The Tools, p.30)

This is true physically, emotionally and spiritually. To move past the comfort zone over and over again requires us not just to tolerate pain but to desire it if it brings us closer to the goal. Take the risk to change a dissatisfying career. Summon up the courage to bring up an uncomfortable topic with a loved one. Move towards new ideas that challenge your pre-conceived notions about life. Turn pain into power by reversing the desire for comfort into a desire for greatness.

Run to take the hits instead of going out of bounds. Because if we don’t take a chance, we don’t have one.

Seven Ways to Strengthen Your Friendships

After Losing the Love of Your Life: Rabbi Ahron Hoch on Life after Death

Gems of Wisdom of the Kotzker Rebbe

Climbing to the Summit
What Does Kosher Mean Literally?
Live Abortion Panel
Morality and Abortion: Three Views
Comments
MOST POPULAR IN Personal Growth
Our privacy policy