Do Jews Have Godparents? 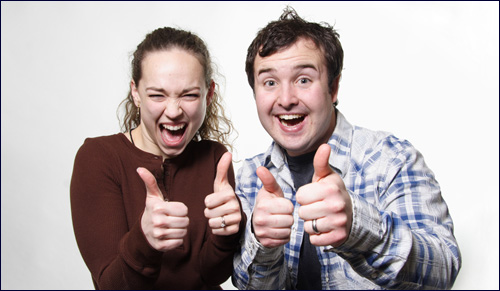 How do two individuals mutually settle on who should supersede them as parents upon their death?

Being Jewish, the only Godmother I ever actually knew carried a magic wand, and pranced around singing “Bippity Boppety Boo.” However I saw a lot of my non-Jewish friends giving long and careful consideration to selecting godparents when their children were born. I always secretly thanked my religion and breathed a huge sigh of relief that we didn’t have that kind of grueling task as our tradition.

“Who does she think she is? Yentl?”

Fast-forward to a time when my husband and I grasped our own mortality and hired an attorney to draw up a living trust. It’s interesting that it’s called a living trust and yet they force you to name a legal guardian in case of your death, but that’s not the point I’m trying to make at the moment. My focus is on agreement. As in, how do two individuals mutually settle on who should supersede them as parents upon their death?

My husband insisted that the person we write down on the forms should be his mother. And by mother, I mean the eccentric Russian woman who took a razor to our newborn’s head to shave all that soft velvety fuzz off, (claiming it made hair grow in thicker) and also sought a wet nurse because she was convinced our twin infants were starving. My own mom (upon hearing the possibility that my mother-in-law was in the running for this important position) stormed into a fit of jealously just thinking about having to schedule an appointment to see her own grandchildren with someone who went out of her way to wear a dressy pantsuit instead of an official “mother of the groom dress” at our wedding. “Who does she think she is? Yentl?” she whispered to all our guests. Clearly neither grandmother was an appropriate choice.

We moved on to siblings. My husband and I both wrote down the qualifications we thought made our sisters outstanding candidates to raise our children. Each list had the exact same number of positive attributes, which got us nowhere. At my suggestion, we next jotted down both ladies’ character flaws so we could pick the lesser of the two evils. (Oops, Hi Sis … I love you!)

Hmmm, understand our dilemma now? Also, do you understand the genetics on his side of the family?

Next we began to weed through our circle of friends, narrowing it down to a half dozen charming couples that might be suitable. From that day forward, we’d shoot each other knowing looks across the ballroom at simchas, pantomiming the motion an umpire makes to say, “You’re Out!” just because one of our acquaintances had two left feet while doing the hora on the dance floor. But when it comes to children, coordination counts!

Soon we were faced with another predicament that we’d never even considered could befall us. After all the time and energy of finally determining which married pair we both deemed worthy of raising our children, they actually had the gall to politely decline this distinguished honor!

Could it be true that our precious offspring were so bratty that incentives became necessary? Oh, did I mention that we have six children? “Yes Sarah, our fully furnished home plus the swimming pool comes with our children,” I found myself reassuring my friend who owned a beauty shop. “Throw in new equipment for my salon and you’ve got yourself a deal,” she said. I consoled myself that my daughter would have perfectly manicured nails at her Bat Mitzvah. Wait! What kind of mishagoss logic was this? What were the odds that my husband and I would both depart this earth at the same time anyhow? Instead of preparing for the worst, wouldn’t it be more prudent to just plan elaborate ways for us to survive? We’d take separate cars everywhere. We’d board different airplanes. We would NEVER eat my sister’s brisket at the same time.

So it’s finally done. We don’t have to choose any legal guardians at all because the new strategy is to simply live forever. As an extra measure of security however, I have a backup plan. I’ll buy our daughter a red curly wig and teach her to belt out, “The Sun Will Come Out Tomorrow!” because who says there can’t be a Jewish orphan Annie?

Money Talks
Lessons from the Book of Jonah
Where Are We? The Body, Brain, Soul Problem
Dr. Sheila Nazarian’s Escape from Iran
Comments
MOST POPULAR IN Jewlarious
Our privacy policy
Aish.com Is Looking for Great Writers