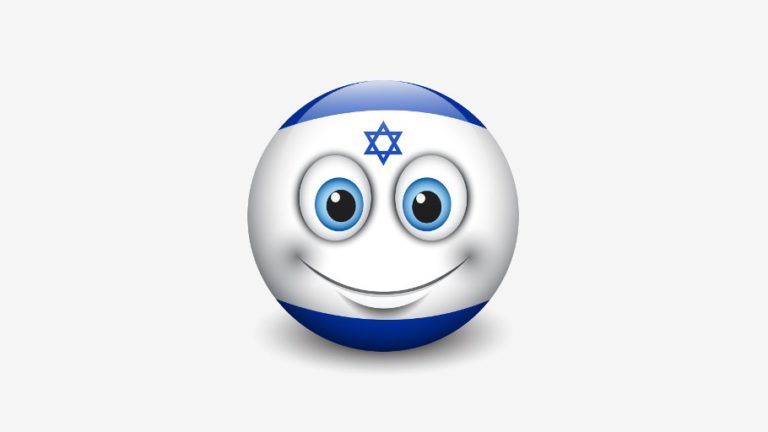 Because laughter is one of the best ways to deal with challenge.

With Israel on our mind during the recent flare up in Gaza, as Jews our first reaction must be to pray for our brothers and sisters in harm’s way. Our second reaction could be, if we are so inclined, to tell jokes. As we know, one of the unique Jewish characteristics that has got us through our many challenges over the years is our sense of humor. Our jokes tell us that while today might be difficult, tomorrow will be a better day. We may be crying today, but tomorrow we will be laughing. With that in mind, here are ten of our favorite jokes related to Israel.

The Israeli Ambassador at the U.N. began, "Ladies and gentlemen before I commence with my speech, I want to relay an old Passover story.

"When Moses was leading the Jews out of Egypt toward the Promised Land, he had to go through the nearly endless Sinai desert.

"When they reached the Promised Land, the people had become very thirsty and needed water. So Moses struck the side of a mountain with his staff and a pond appeared with crystal clean, cool water. The people rejoiced and drank to their hearts' content.

"Moses put down his staff and went to a solitary corner of the pond to drink, and meditate in prayer. But once Moses returned, he found that his staff had been stolen.

"I have reason to believe ladies and gentlemen that the Palestinians stole the staff of our great Prophet Moses.'"

The Palestinian delegate to the UN, hearing this accusation, jumps from his seat and screams out, "This is a travesty. It is widely known that there were no such thing as 'Palestinians' at that time!"

"And with that in mind," said the Israeli Ambassador, "let me now begin my speech."

Itzik Epstein enrolled in the elite Israeli Paratrooper unit called “Tzanchanim” and while its soldiers are known for their bravado, Itzik was a little nervous.

On his first day of class Itzik asked his instructor, "If our chute doesn't open, and the reserve doesn't open, how long do we have until we hit the ground?"

The training officer looked at Itzik without hesitating and answered, "The rest of your life."

Dave Rosenberg recently made Aliyah to Israel and was still getting used to the new bureaucracy. One day, he received a very strongly worded "second notice" from the Israeli Tax Authority saying that his taxes were overdue. Dave ran down to the tax office, paid his bill and said apologetically that he must have accidentally overlooked the first notice.

"Oh," confided the tax collector with a smile, "the Israeli Tax Authority doesn’t send out first notices. We have found that the second notices are more effective."

A Match Made in Israel

They say that in Israel everyone is a potential “shadchan” – a matchmaker. Smadar, a waitress at a local Jerusalem restaurant was no different. One day, she wanted to put her matchmaking skills to the test with one of her regular customers, a man named Itzik. She figured that Shlomit, another customer who seemed to have much in common with Itzik, would be an ideal match.

One day Itzik came into the restaurant when Shlomit was also there. Smadar dragged Itzik over to Shlomit 's table and introduced the two. Then she watched in amazement as Itzik put his arm around Shlomit and said in his best mock-seductive voice, "Shaloooom, Shlomit ."

"You guys know each other?" Smadar asked.

A Texan in Israel

A Texan is visiting Israel and feeling thirsty, he stops at a house along the road. "Can you give me a drink?" asks the Texan

"Of course," says the Israeli, and he invited the Texan to come in.

"I raise chicken" says the Israeli.

"Well, out front it's 50 meters, as you can see, and in the back we have close to 100 meters of property. What about your place?"

"Well," says the Texan, "on my ranch, I have breakfast and get into the car, and I drive and drive and I don't reach the end of the ranch until dinnertime."

"Really," replies the Israeli. "I once had a car like that too."

An American tourist was riding in a taxi in Israel.

As the taxi approached a red light, the tourist was shocked to see the driver drive straight through without even slowing down. Surprised as he was, he didn't say anything, feeling himself a 'guest' and not wanting to make waves.

The trip continued without event until the next intersection.

This time the light was green and, to the American's dismay, the cab driver brought the vehicle to a grinding halt.

Unable to contain his astonishment, he turns to the driver. "Listen", he says, "When you went through the red light, I didn't say anything. But why on earth are you stopping at a green light?"

The Israeli driver looks at the American as if he was deranged. "Are you crazy?!" he shouts. "The other guy has a red light! Do you want to get us killed?!"

Bravery in the Israeli Army

"I hope so. You see, my men over at the United States Army are so well trained, you see, they're the bravest men in the world."

"Well, I'm not so sure about that General," replies Goldstein. "My men are very brave, too."

So Goldstein calls private Barak and says: "Private Barak! I want you to stop that tank simply by standing in front of it!"

"Are you crazy?" says Private Barak. "It would kill me! Are you some kind of fool?"

Goldstein turns to a Marshall and says, "You see? You have to be pretty brave to talk like that to a general."

An American tourist in Israel found himself needing to get rid of a large supply of garbage from his recent stay at an apartment. After a long search, he just couldn't find any place to discard of it. So, he just went down one of the side streets to dump it there.

Yet, he was stopped by an Israeli police officer, who said, "Hey you, what are you doing?"

"I have to throw this away," replied the tourist.

"You can't throw it away here. Look, follow me," the policeman offered.

The police officer led him to a beautiful garden with lots of grass, pretty flowers, and manicured hedges. "Here," said the cop, "dump all the garbage you want."

The American shrugs, opens up the large bags of garbage, and dumps them right on the flowers.

"Thanks for giving me a place to dump this stuff. This is very nice of you. Is this Israeli hospitality?" asked the tourist.

"No. This is the Iranian Embassy."

Dave and Samantha Levy were on their first trip to Israel. They rented a car, had all of their guidebooks ready and had a full itinerary for their 10 day stay. One day, Dave and Samantha stopped for lunch at a falafel joint. Dave asked the guy working there.

"What's the quickest way to the Dead Sea?"

The falafel owner scratched his head.

"Are you walking or driving?" he asked.

Itzik works in Israel's high tech sector and before a business trip overseas, he takes his trousers to a tailor in Jerusalem named Epstein. But after he returns from him trip, Itzik forgets all about his pants. Years go by, until one day Itzik reaches into a jacket pocket and to his surprise finds the tailor's receipt. He goes straight to the tailor, hands him the receipt and asks, "Epstein, are my pants still here?"

"Yes of course," the tailor replies. "They'll be ready next Tuesday." 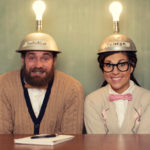 Interview with the Next Hamas “Head of Security”3 min read 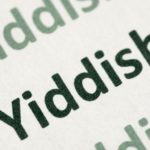 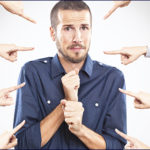