Daniel Kravitz and the Neo-Nazi 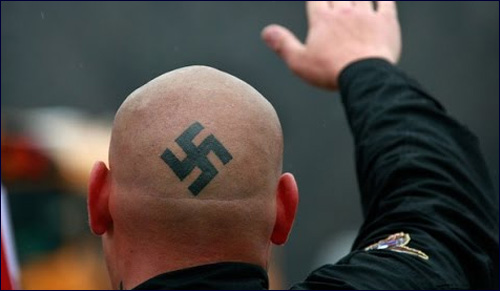 The anti-Semite with a “Kill Jews” tattoo had no idea the store owner was Jewish.

Daniel Kravitz, the owner of a secondhand furniture shop in Denver, was taken aback by the customer who entered his store. The young man was dressed like a hoodlum, with a shaved head and bare arms covered with tattoos including the venomous message, “Kill Jews!” It was clear that he was a neo-Nazi.

Daniel was relieved that his kippah was concealed beneath a cap.

He spent the next hour assisting his customer. He took the man on a tour of the shop, helped him select a decent array of furniture, granted him a generous discount, and then helped the young neo-Nazi load his purchases into a pickup truck.

After looking the man over carefully to make sure he wasn't carrying any weapons, Daniel cautiously said, “Tell me, do you really feel what all those tattoos say?”

“Have you ever hurt anyone?” Daniel pressed.

Daniel paused, then asked, “What do you have against the Jews?”

Are you aware that you have just spent an hour with a Jew? Haven’t I been honest, kind, and generous this whole time?

“They are thieves and liars!” The customer launched into a tirade, spewing out every imaginable anti-Semitic stereotype.

Daniel patiently listened until the man finished speaking. Then he removed his cap to reveal his kippah and said, “Are you aware that you have just spent an hour with a Jew? Haven’t I been honest, kind, and generous this whole time?”

The neo-Nazi gaped in disbelief. “No way! You can't be a Jew, man!”

Daniel motioned to the mezuzah on the door and then showed him a siddur (prayer book) on his desk. “You can see very clearly that I am Jewish, and I’m not at all like the image you have of Jews. You have been brainwashed. I can’t believe that your parents raised you with this kind of hate. You must be estranged from them,” Daniel surmised.

The neo-Nazi grimly confirmed his suspicions; he hadn’t spoken to his parents in ten years. Just then another costumer came in and Daniel wished the neo-Nazi a good day and turned to assist the other customer. 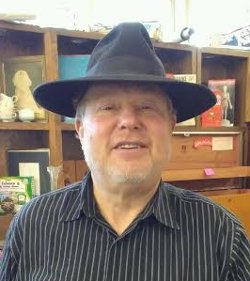 Six months later, the man returned to the store, this time with a full head of hair, decent clothes and long sleeves to conceal his tattoos. To Daniel’s surprise, the man embraced him warmly.

“I need to apologize to you and thank you,” he said tearfully. “You made me reassess everything I had believed. Thanks to you, I now know what a Jew is, and I’ve decided to turn my life around. I’ve even reconnected with my parents.”

Don't underestimate the amount of light one act can bring to the world.

Catherine the Great and the Jews: 5 Facts

When All Jews Are Being Threatened